Brisbane inaugurated its new runway – its third – on 12 July, future-proofing the airport for a post-coronavirus world.

The airport expects passengers to increase to 50 million by 2040 – about double its volume last year.

The first aircraft to depart from the opened runway was a Virgin Australia B737-800 operating flight 781 to Cairns, which departed Brisbane at 1115.

Take off after 15 years

The result of 15 years of planning, approval, and construction – and many decades of expectation – Brisbane’s new runway opened three months early and below-budget at $1.1 billion (against $1.3 billion).

This development is key to the city and state’s competitiveness and future.

And from capacity greatly increasing, BAC expects not just growth but also no aircraft delays – which had been a problem at peak times. 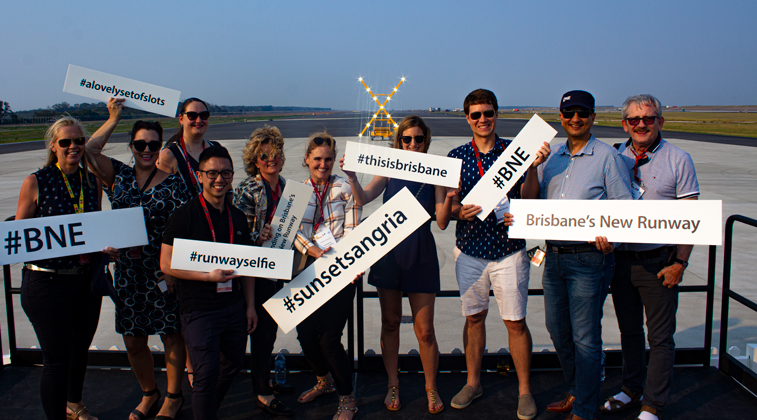 Delegates from the 145th IATA Slots celebrated on Brisbane’s runway while it was being constructed.

Virgin Australia’s fight for survival continues, with its sale not expected to be official until the end of August, with little idea yet exactly how the carrier will look – including its size and network – in the future.

… but Brisbane’s seat development has been constrained

The airport has had very few slots available, especially at key times – which its new runway will help to mitigate. 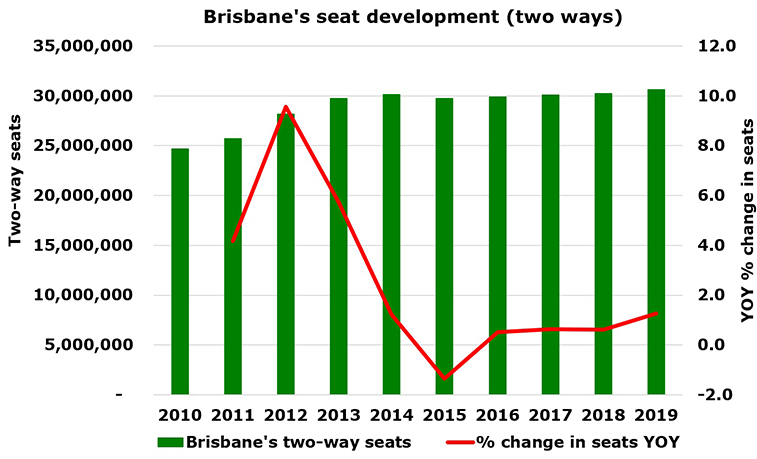 The above figure misses a crucial point, though.

Domestic seats fell by over a million in 2019 versus 2014, largely the result of Qantas cutting over 1.3 million seats and Jetstar reducing domestic capacity by more than 350,000.

This was somewhat offset by increases from Tiger Airways Australia (+349,000 seats) and Virgin Australia (+182,000) and the entry and growth of Fly Corporate and Alliance Airlines, among others. 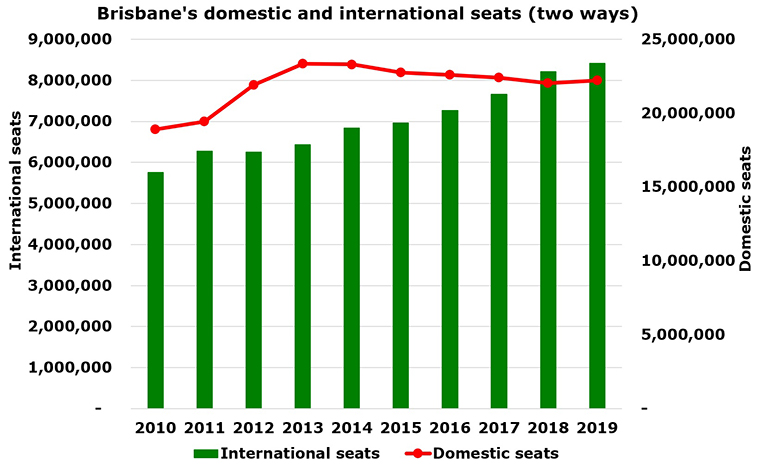 Despite being the much-visited capital of the tourism state of Queensland, Brisbane has relatively low – and broadly flat – penetration by LCCs.

While not helped by the loss of Tiger Airways Australia, the domestic market could receive a real boost if and when another LCC – independent or not – materialises.

Yet, Brisbane’s international seats have taken off from launches…

Unlike the domestic market, almost 1.6 million international seats were added in 2019 versus 2014.

Among other international developments, this was from welcoming Air Canada from Vancouver (2016), China Eastern from Shanghai Pudong (2016), Malindo Air from Kuala Lumpur and Denpasar (2017), Royal Brunei from Bandar (2019), and Samoa Airways from Apia (2018).

Raising the question: where’s next?

International growth will be a core part of Brisbane’s development, especially within Asia, although the airport seeks Dallas and Seattle in North America with all the connecting opportunities available over them.

Delhi is Brisbane’s largest unserved market, with 73,000 two-way passengers.  Brisbane and the wider region, including the Gold Coast, is becoming more popular than ever with Indian tourists. 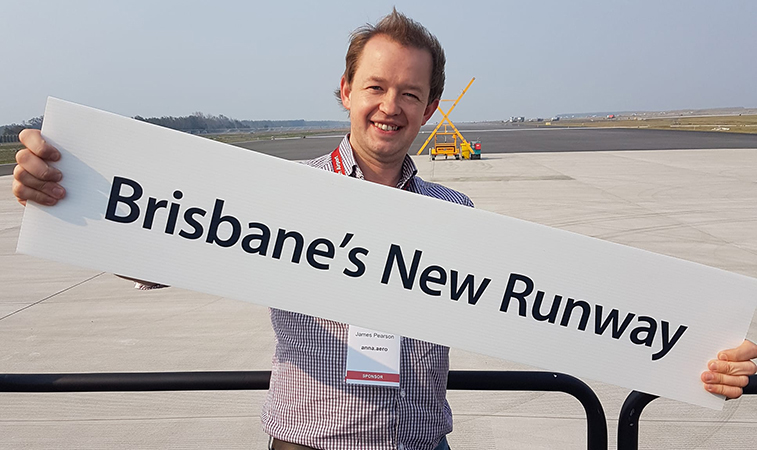 James Pearson, anna.aero’s Chief Analyser and Editor, also celebrated on the airport’s new runway. He lived in Brisbane for a while and thoroughly loved the heat, cafe culture, and nearby rainforests and beaches. He hiked regularly in its rainforests.