Budapest Airport’s growth continues as the Hungarian capital announces yet another new airline for summer 2020.

Luxair, the flag carrier of Luxembourg, will begin a twice-weekly service from 10 August until 23 October. The carrier’s new offering more than proves the demand between the two cities, with growth between them increasing by 77% last year. This is based on strong business links, inbound tourism to Budapest, and to better serve the significant Hungarian communing traffic to Luxembourg.

Budapest’s capacity within the European region grew by more than 7% last year. Hungary’s capital added multiple new non-stop routes to Europe in the past year, including Cagliari, Cork, Lappeenranta, Nantes, Preveza, Rimini, Seville, and Toulouse, with new routes for this year including Dubrovnik, Santorini, Varna .

Commenting on Luxair’s announcement, Balázs Bogáts, Head of Airline Development, Budapest Airport, says: “Despite the pandemic situation it is promising to see that new airlines realise the opportunities here at Budapest and will become part of the journey to strengthen the market.” He added: “With yet another airline and route, as well as our wide range of measures to ensure the health and safety of our customers, we expect passenger volumes to continue to rise.” 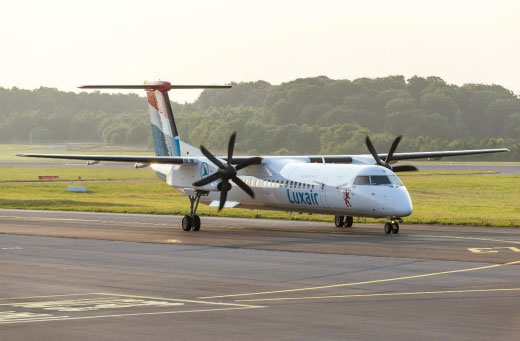 Budapest Airport welcomes new airline partner, Luxair, to its carrier rollcall. The flag carrier of Luxembourg will begin a twice-weekly service from 10 August between the two cities.