Blue Air boosts Bacau base with 5 routes; carrier’s total seats down 1/4 as focuses on profitability 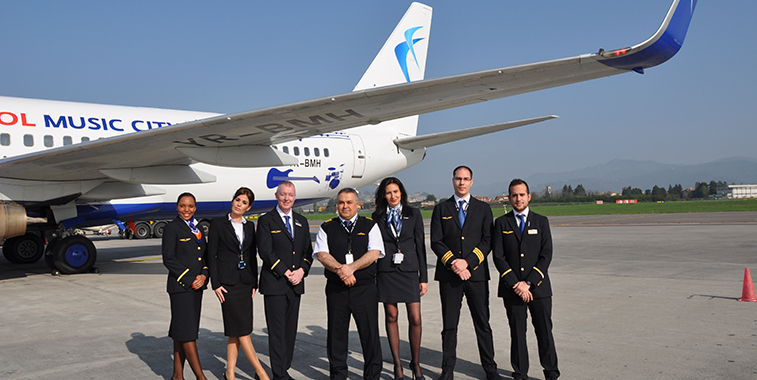 Romania’s Blue Air has announced a further five routes from Bacau: two domestic services to Bucharest and Cluj-Napoca, together with Cologne, Munich, and Paris Beauvais.  Not all of these are currently available for booking.

From 1 October, Blue Air will have 13 routes from Bacau with three based aircraft.

This follows the carrier’s recently revealed Bucharest – Amsterdam service, which starts on 4 September.  Blue Air will become the third operator on this route after KLM and Tarom.

Blue Air’s new routes come less than two months after Wizz Air announced a base at Bacau with 12 routes, although only one route will compete with Blue Air’s new offerings.

All but Bucharest and Paris Beauvais are new from Bacau, making anna.aero wonder what has changed for those routes to be worth trying again.

Blue Air last operated Bacau – Bucharest a little over a year ago, from April 2018 to March 2019, on a four-weekly basis. This is the same frequency that will be offered this year.

Before that, Tarom operated the short 226-kilometre route until 2010 on a four-weekly basis using 48-seat ATR-42s.

Paris Beauvais, meanwhile, was operated by Blue Air from Bacau for years until 2016.  It had a maximum of 9,200 annual seats, typically operated twice-weekly, and was summer-only.  This time, it seems Paris Beauvais will be year-round but at the same frequency.

At its peak, Bacau represented 28% of Blue Air’s total seats, although that reduced to 17% last year. 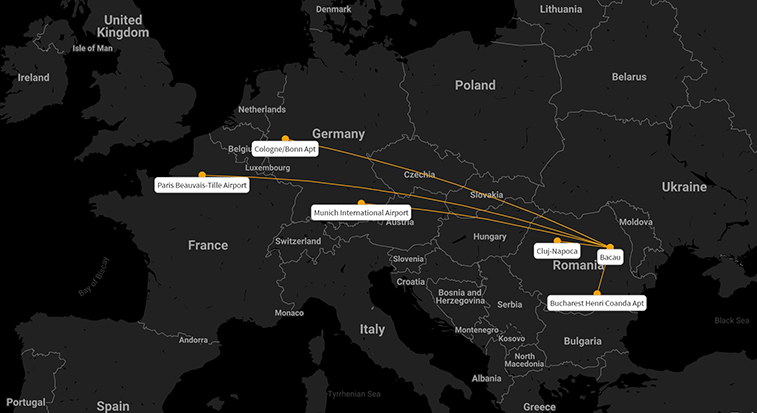 Blue Air’s new routes from its Bacau base, which will have three based aircraft. Source: OAG Mapper.

In the flat period between 2011 and 2014, as shown in the figure below, Blue Air’s total seats were fully deployed to, from, and within Romania.

It is possible to imagine its thinking for future growth in this static period.

Its expansion restarted in 2015 with the beginnings of its pan-European strategy away from Romania, with foreign bases at Turin, Larnaca, and Liverpool materialising from then onwards.

Blue Air’s pan-European bases played a crucial role in the carrier’s growth, but so too did its focus on regional Romania.  However, profitability has often been elusive. 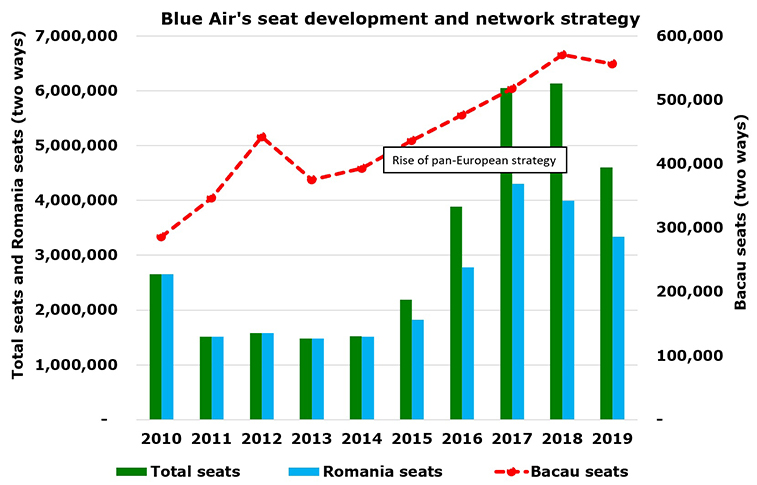 … likewise growth from across Romania

Blue Air expanded strongly from multiple Romanian airports, including Cluj-Napoca, Constanta, Iasi, Oradea, and Timisoara. For example, it added 10 routes and half-a-million seats at Cluj in 2017.

Its strong Romania growth meant that it became the largest Romanian airline, although this ‘title’, for what it is worth, was short-lived. 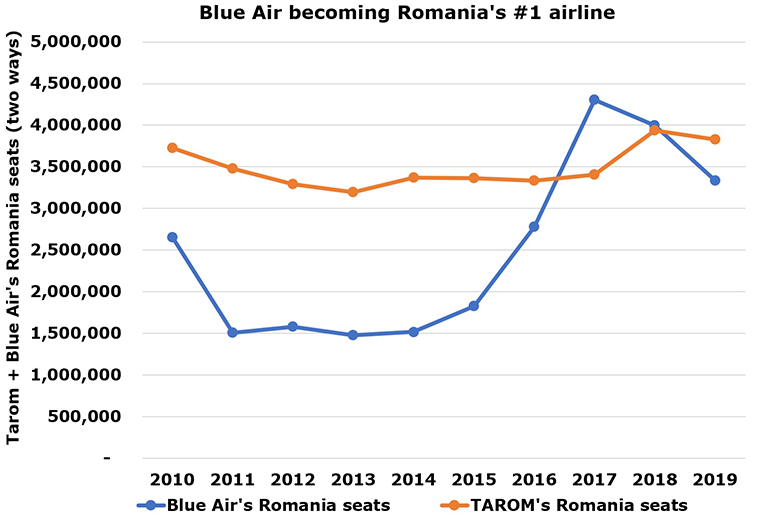 In 2018, when Blue Air’s two-way seats exceeded 6.1 million, non-Romania seats totalled 35% – its highest ever. The first figure, above, indicates the airline’s non-Romania capacity.

In this year, its Turin base had almost 1.1 million seats that did not touch Romania across 20 non-Romania routes; Larnaca 463,000 across five routes; and Liverpool 180,000 seats and five routes. 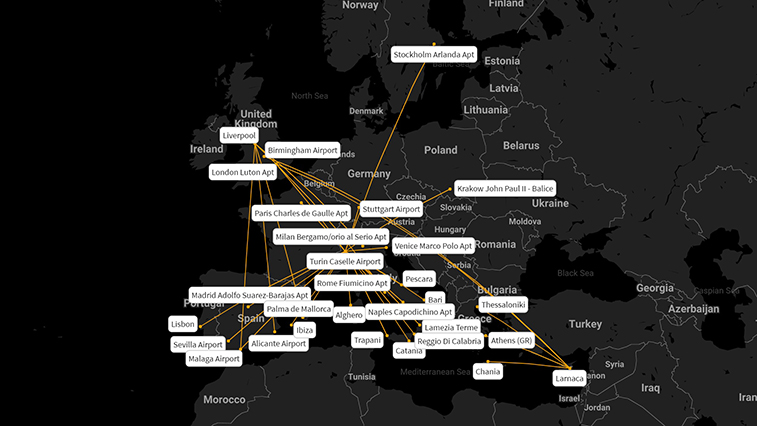 Blue Air’s non-Romania network in 2018 from its bases at Turin, Larnaca, and Liverpool. Source: OAG Mapper.

Last year saw Blue Air’s total seats fall by one-quarter because of significant cuts across the board.

This demonstrates the carrier’s determination to improve its performance and economics for a stronger, more focused platform on which to build.

A stronger platform for growth?

Last year ended with Blue Air’s CFO clearly stating that the carrier must now prioritise sustainable profitability over growth, although the carrier has recently sought insolvency protection as a result of coronavirus.

Going forward, expect a more cautious Blue Air that focuses on strictly controlled capacity to increase seat load factors using its -800s and MAX-8s as its B737-300s and -500s are retired. It will be much more diligent about new routes and bases with less tolerance for underperformance.