Budapest Airport celebrated its first link to Mykonos yesterday, as Wizz Air launched its twice-weekly service to the popular resort in Greece. The home-based airline’s new operation will be the airport’s tenth connection to the Greek islands, offering close to 100,000 seats between Hungary and Greece this summer season.

“Wizz Air has introduced two new additions to our Greek network in the last month as Mykonos now joins the recently-launched link to Santorini,” says Balázs Bogáts, Head of Airline Development, Budapest Airport. “We continue to see demand for such popular destinations and, with the help of our airline partners, we are able to ensure we can focus on offering a wide variety for all our passengers.” 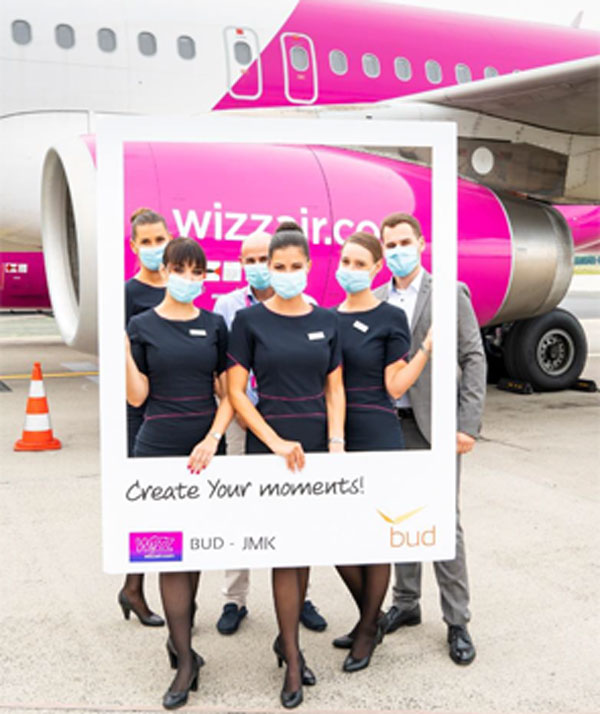