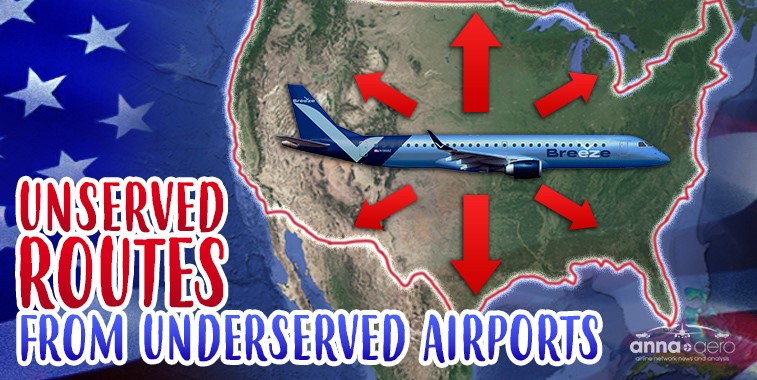 Breeze, the start-up US carrier, is looking into the future to brighter, stronger times.

Based on the admirable concept of ‘twice as fast for half the price’, Breeze’s hub-busting strategy is to operate unserved routes on a low frequency and strongly capacity-controlled basis, so driving up seat load factors.

It has reportedly identified 500+ possible new routes, showing the relative thinness before stimulation from both non-stop service and lower fares.

Due to enter scheduled service in March 2021, Breeze will initially operate Embraer 190s, which are not, of course, especially low-cost but which probably nicely suit the airline’s hybrid position while not having too many seats to fill from unnecessarily high discounts. Its A220-300s will be operated later.

Similar idea to SkyBus – but with clear differences

Breeze will – in a few ways – hark back to before-its-time SkyBus, at least in terms of opening brand-new routes, using larger-than-normal aircraft (against RJs, anyway), and being point-to-point only.

It is also similar to what Allegiant is increasingly doing, including away from Las Vegas and Florida, e.g. operating Little Rock – Los Angeles and Knoxville – Newark.

Of course, SkyBus was very different in terms of airports used and service levels, the latter reputedly to be a key point of difference for Breeze and another means of encouraging people not to fly via hubs.

SkyBus was also different in that it had a minimum of once-daily service, so requiring even more demand stimulation.

This is versus the few-times-a-week that is now accepted in the US – like elsewhere worldwide – in leisure or VFR-driven markets, and which gives rise to operating less often on days that are less demanded and that would require even greater discounts. 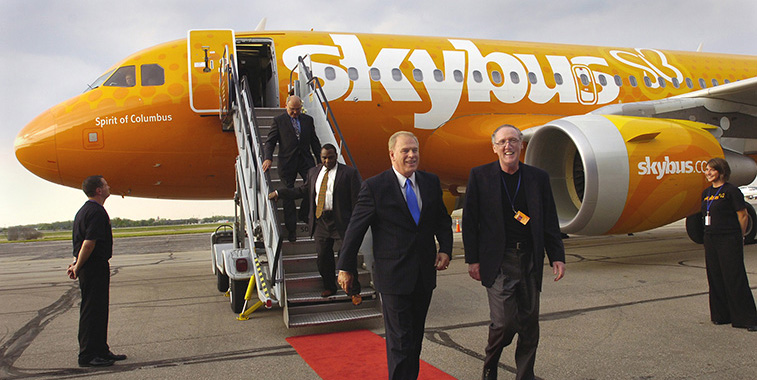 Unlike some start-ups, Breeze has sensibly avoided giving anything of value away about its potential route network.

It is gloriously and intentionally unclear.

And given the number of possible airports that have been mentioned by Breeze, we think that it is reasonably likely most won’t be among the early contenders.

In reality, Breeze’s route network could be anywhere and everywhere, so looking at possible opportunities is fair game.  But we reckon that it will probably involve new, thin routes from midsized and underserved cities. 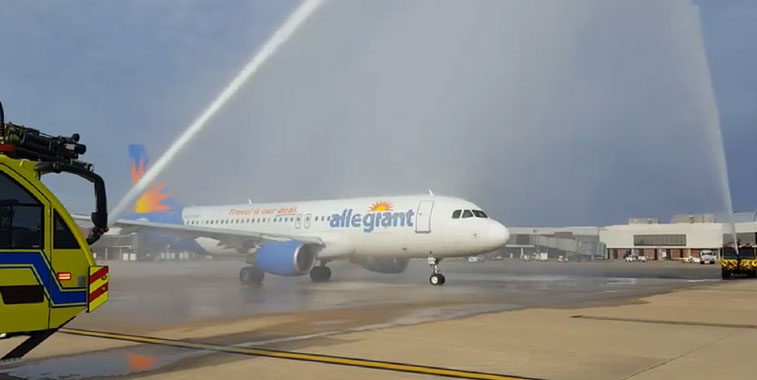 With the above in mind, we have looked at a sample of 34 midsized US cities with metro populations of roughly one to two million (and some other ones for fun).

While extraordinarily straightforward, for this article total seats at each airport last year were related to metro population, while GDP per capita was considered.

In contrast, multiple airports had just 3x to 4x seats to population, well below the average of 6x.  These include the likes of Norfolk, Rochester, Providence, Albany, Tulsa, Birmingham, Oklahoma City, Little Rock, Grand Rapids, Louisville, Richmond, and Tulsa.

All of these would have even lower scores – and therefore be even less served – if hub seats were removed.

Of course, airports may be underserved for a reason, but in most places globally they offer a good opportunity – with the right fares, capacity, timings, and promotions – to launch multiple new leisure-focused routes that are easy to stimulate.

From Alabama to Oklahoma…

Four underserved airports – Tulsa, Birmingham, Louisville, and Little Rock – have been randomly picked from those mentioned above.

Alongside its core leisure routes, Allegiant services the likes of New Orleans, Savannah, and Charleston from Louisville, and Los Angeles, Nashville, and San Diego from Tulsa.

A selection of possible routes have been chosen from each of these four airports based on domestic and broadly leisure markets with a minimum of 10,000 passengers (according to OAG Traffic Analyser), with some leeway.  (In Europe, Wizz Air and Ryanair often start routes with <5,000 existing passengers.) No real consideration has been given here for joining the dots, but there is natural overlap.

In all, 66 routes are shown, and all are currently unserved unless mentioned (unserved directly; some, especially in Florida, are served indirectly).  Of these 66, 19 have been operated non-stop at some point since 2010, OAG data shows.

A good number of other possible routes exist from these four airports – all with 10,000+ before stimulation – but they have not been mentioned here for brevity.

It is estimated that weekly frequencies could vary between two and five based on 140 seats (more or less what Breeze’s A220-300s may have), with an average weekly frequency – at each airport – of three. 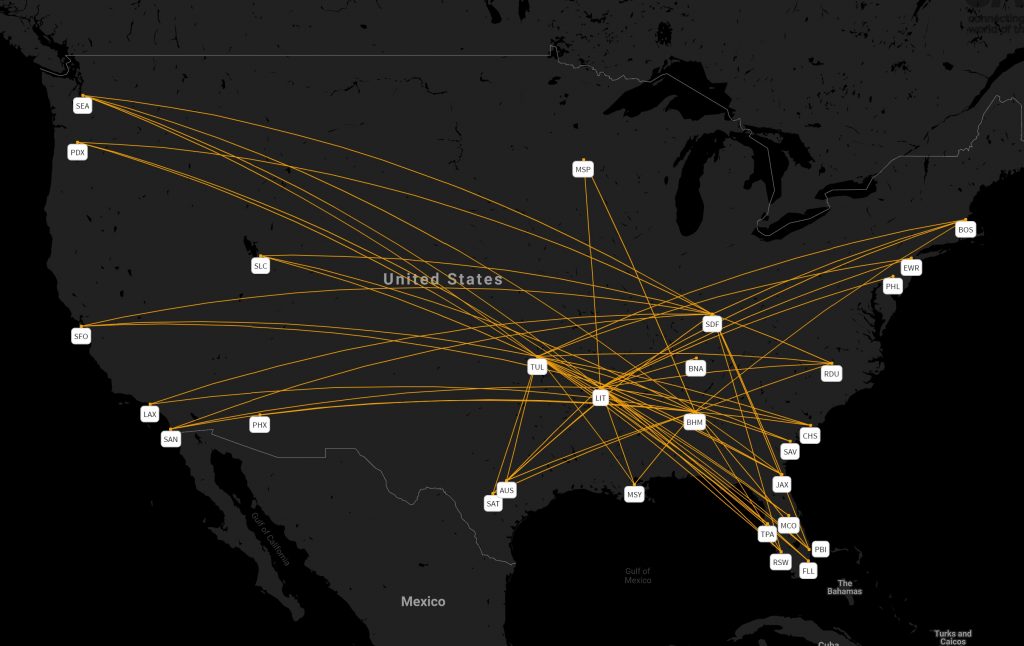 Please click on the map to enlarge it. Note: Newark is used here as a proxy for New York. Source: OAG Mapper.

… via Arkansas and Kentucky

All 66 possible routes are shown below.

Will any of these be launched by Breeze?  It is hard to say.  But we think that such cities – midsized, underserved, and broadly forgotten – will be highly attractive to the carrier, and potentially with more financial assistance.

And there are many such airports across the nation, showing how potentially hub-busting Breeze could be.