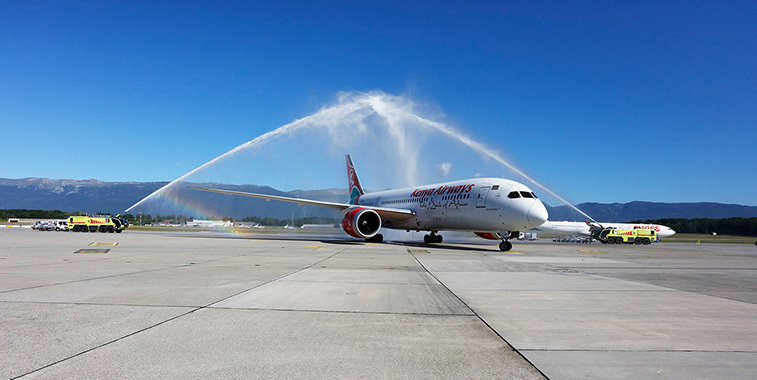 Kenya Airways’ Nairobi – Guangzhou, via Bangkok, is expected to return to normal from the week starting 25 October.

According to its booking engine, it will then operate its normal daily service using 234-seat B787-8s.

China – Africa had almost 2.5 million passengers last year, OAG Traffic Analyser using MIDT data shows, with PDEW of around 3,400.  This was slightly down over 2018.

Guangzhou, the so-called ‘African capital’ of China, is the most demanded city in China and wider Asia to/from Africa. 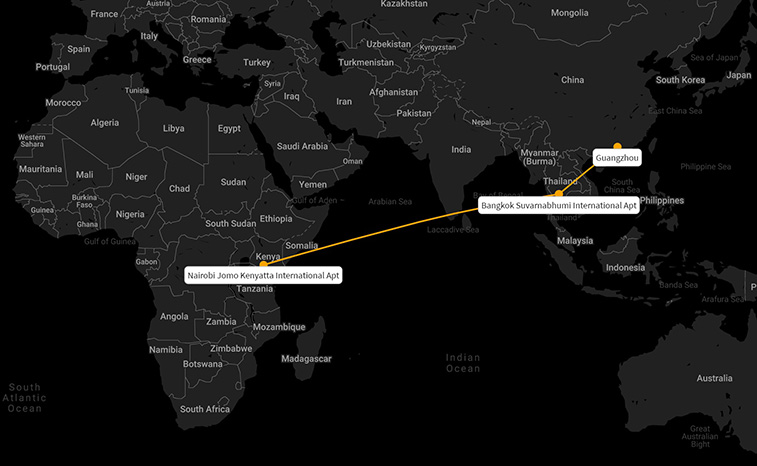 Since then, it has been exclusively via Bangkok, as it was pre-2013.

That Kenya Airways’ Guangzhou capacity remained flat contrasts with its total Asia capacity, which fell by over one-quarter between 2015 – the highpoint of its Asia seats – and last year.

This also reflects the many problems that afflicted the carrier before coronavirus began, with its Asia operation faring worse than its total. 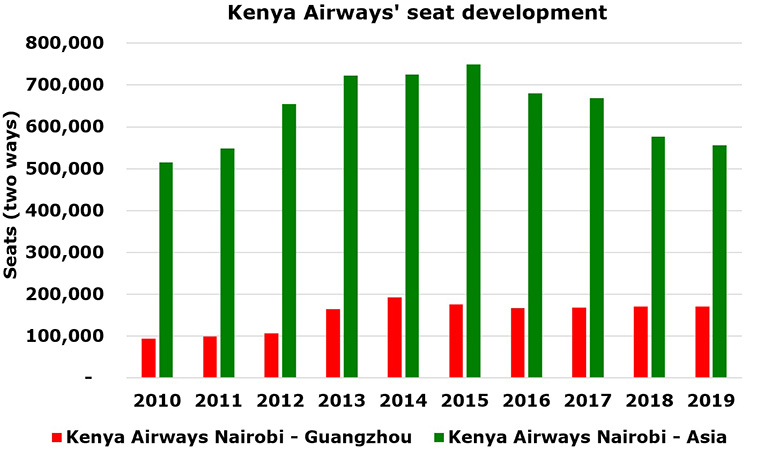 Kenya Airways carried an estimated 138,545 from Guangzhou and Bangkok to Nairobi and beyond last year, achieving an approximate seat load factor of 81% – higher than its system average. But SLF is, of course, just one part of the performance puzzle.

For this article, the ~49,000 who utilised the carrier’s fifth freedom rights between the Chinese and Thai cities are not included.  This article just looks at Africa traffic.

Interestingly, Kenya Airways’ fifth freedom traffic was higher than the total ~38,244 that flew to/from Nairobi itself, combining local traffic with passengers connecting over Bangkok/Guangzhou to the Kenyan capital.

It is noteworthy that ~28,447 were carried combining both those who bridged Bangkok and Nairobi and those who travelled over Bangkok to Nairobi. 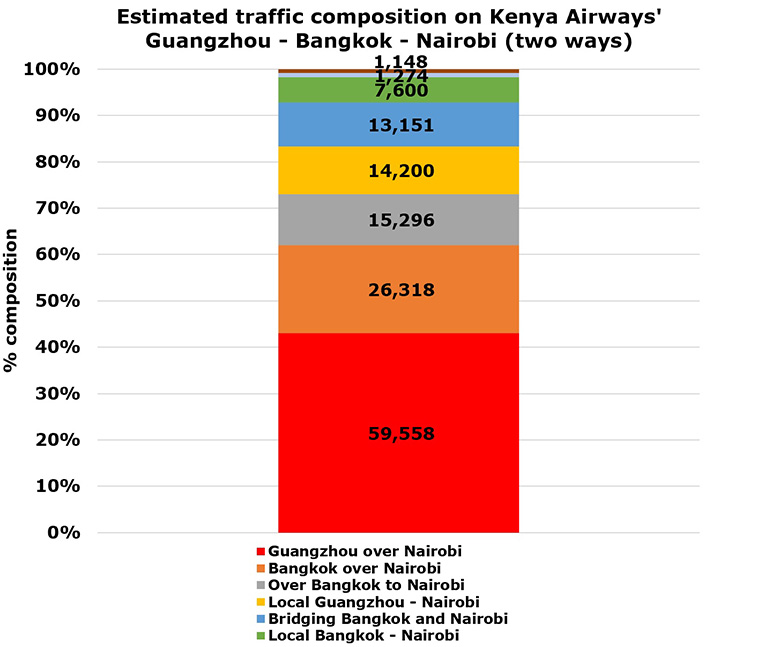 Ultimately, by far the most passengers connected over Nairobi: those whose beginning/end was Guangzhou amounted to 59,558 – over four times the volume of local Guangzhou – Nairobi traffic carried by Kenya Airways.

Almost three-quarters of these passengers connected to/from the carrier’s top-10 countries, led by the Demographic Republic of Congo.

Kinshasa, its capital, was Kenya Airways’ top, with OAG data indicating that this O&D had 23,231 passengers across all airlines last year.  This made Kinshasa the tenth-largest African market to/from Guangzhou, behind Dar Es Salaam but ahead of Casablanca.

Despite being 7,051 miles from Guangzhou via Bangkok and Nairobi, Guangzhou – Kinshasa did not command a strong base fare, at an average of just USD$234 one-way (excluding 20-30% fuel surcharge each way and taxes), MIDT booking data shows.

Market leader Ethiopian Airlines achieved a 30% higher base fare via Addis Ababa, presumably from its one-stop and therefore quicker offer.