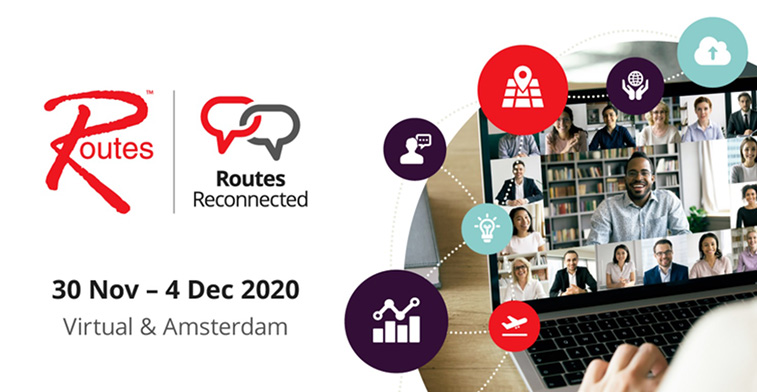 As you may have heard, Routes has announced its first-ever hybrid event – running from 30 November until 4 December.

Combining virtual and live events, Routes Reconnected is designed to bring the global route community together to stimulate recovery. Registration opens this week.

Three Show Dailies that will bring you all the action

anna.aero is the media partner for Routes Reconnected and will produce three Hybrid Dailies packed with news, exclusive analysis, and coverage from both the live and virtual stages. See our previous jam-packed Show Dailies.

With two magazines printed in Amsterdam, all three publications will be available digitally to all registered attendees and also made available to all anna.aero subscribers and visitors. There’s no need to miss out on any of the action.

Join us to support the event and reconnect our industry! 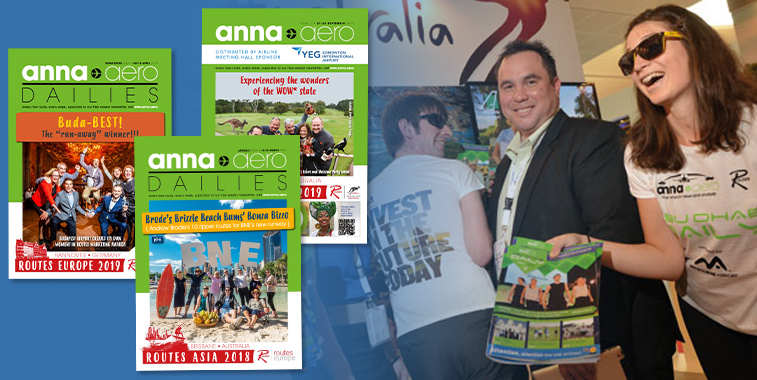 Under the anna.aero-Routes Reconnected Media Partnership, anna.aero will produce two printed magazines in Amsterdam on December 1 and 2 for distribution to delegates at the live event, followed by a third entirely-digital edition to ensure all five days of the hybrid event are fully reported on in the anna.aero style you all love. All publications will have dual digital distribution on anna.aero and Routes channels.

With over 50 countries expected to be represented, over 100 airlines are expected to join among 600+ attendees.

In addition, there will be two full days of in-person meetings at Amsterdam’s Hilton Schiphol.

As usual, meetings and networking will be the event’s core.  This will be combined with airline briefings from network planners, together with over 30 hours of content from 40 speakers with airline CEOs interviews, panel discussions, and masterclasses. 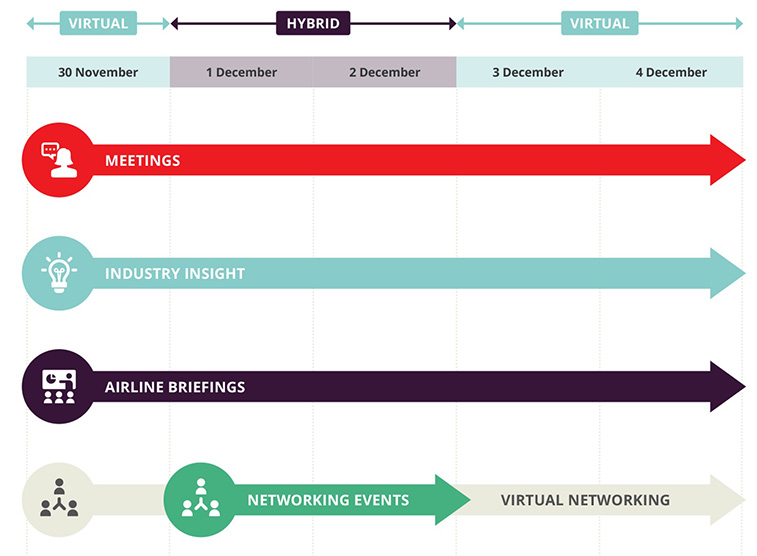 In the first week of this August, Amsterdam’s seats totalled 802,000, down by 53% versus the same week last year, OAG data shows.

The airport’s rebound has progressed well: in the first week of July, its capacity was down by about 70% YOY.

Amsterdam has added back well over 200,000 seats in this period, which is the result of its route network rising from 184 destinations to 211.  Barcelona had the most seats in the latest week.

KLM’s seats were down by 48% at the start of this month, a significant improvement of -66% the week before.  This was based both on routes returning and frequency increases towards pre-coronavirus levels.

Newcastle, for example, is now three-daily, down just one daily frequency over the 28-weekly it had in the same period last year. 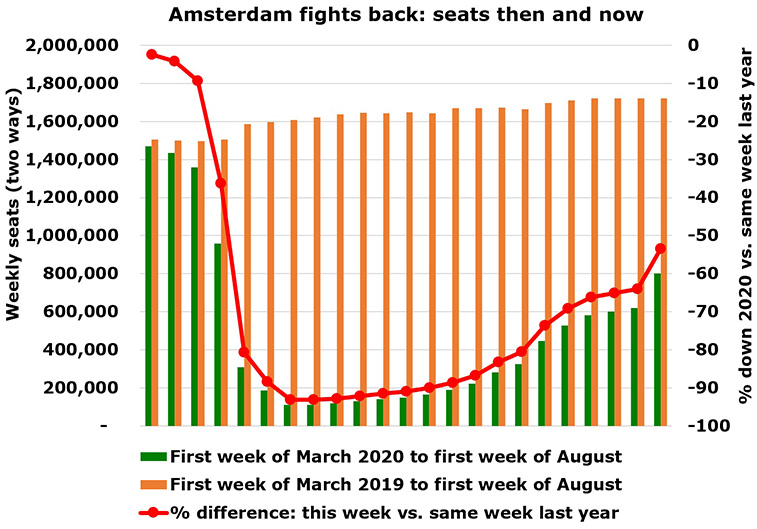 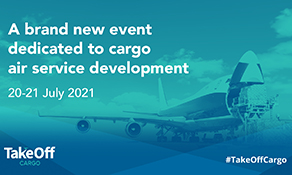