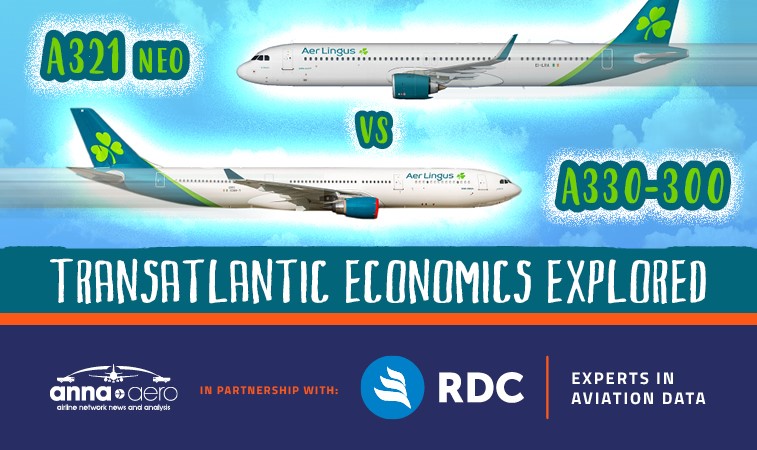 Aer Lingus will operate its 184-seat A321neos on seven routes from next summer. These are: Dublin to Hartford, Newark, Philadelphia, Toronto, and Washington Dulles, and Shannon to Boston and New York JFK.

All seven routes will then be operated exclusively by the A321neo.

Introduced last summer, Aer Lingus’ A321neos initially operated most of the above routes in conjunction with either A330s or B757s.  Hartford and Philadelphia from Dublin and Boston and JFK from Shannon have been exclusively operated by the neo for some time.

Newark, Toronto, and Washington stand out.

The neo served Newark between January and March this year, OAG data shows, while it was used to Washington alongside the A330-300 this January and February.

Only Toronto has not been previously operated by the type. 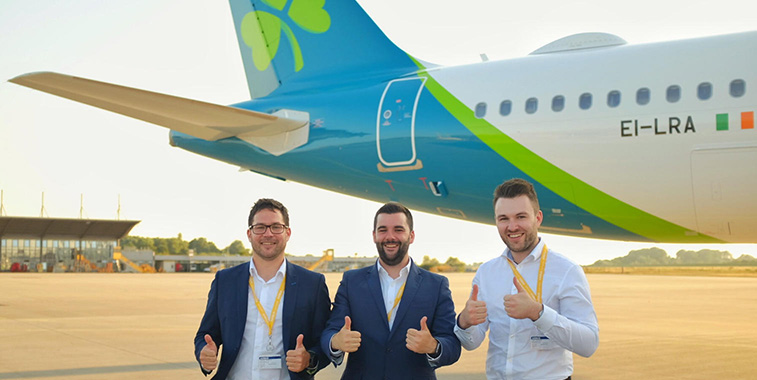 That Newark, Toronto, and Washington are to be right-sized makes sense, even without coronavirus in the equation.

In a previous study by us, Toronto and Washington – together with Hartford and Philadelphia – were found to have both below-average fares and below-average fare-per-mile in comparison to Aer Lingus’ other North American destinations.

They were also more reliant on connecting traffic over Dublin, with such traffic ordinarily lower-yielding.

… as theA321neo should boost performance

Naturally, lower-capacity aircraft result in higher unit costs as there is less output over which to spread costs, and therefore higher breakeven fares.

This 15% higher breakeven fare is greatly offset by the A330-300 having 50% higher fixed and variable costs per sector.

Of course, Aer Lingus’ neos will have considerably less cargo capacity than its A330-300s, with a clear revenue implication.  However, with 42% fewer seats to fill, it is likely that the low capacity will result in stronger control over pricing year-round, with less discounting in winter and even stronger pricing in summer.  This may be partly from a stronger local-and-connecting passenger mix.

It is probable that deploying its neos on these routes will boost performance, so further strengthening its North Atlantic network – which is an increasingly important part of its portfolio. 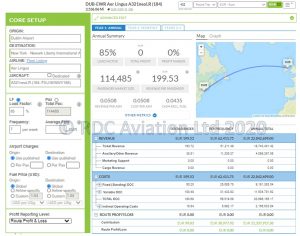 Source: RDC Apex. Click on it to expand it. 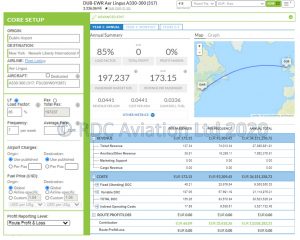 Source: RDC Apex. Click on it to expand it.

Transatlantic capacity almost doubled between 2014 and 2019, with 1.4 million seats added. This pushed the carrier’s seats to the US and Canada to 18% of its total capacity, up from 11% five years previously.

With a CAGR of 11.3%, this growth was primarily from nine routes being introduced as focus on the Irish capital as a hub intensifies:

Montreal was due to start last year too, but this was postponed from delays in receiving A321neos. Expect this route to materialise in the coming years.

Only Minneapolis, which began in July 2019, has not succeeded.  Airline people will often tell you that it is quick to work out whether a new route will perform well or not based on sales in the first few days.   Timing was not on Minneapolis’ side. 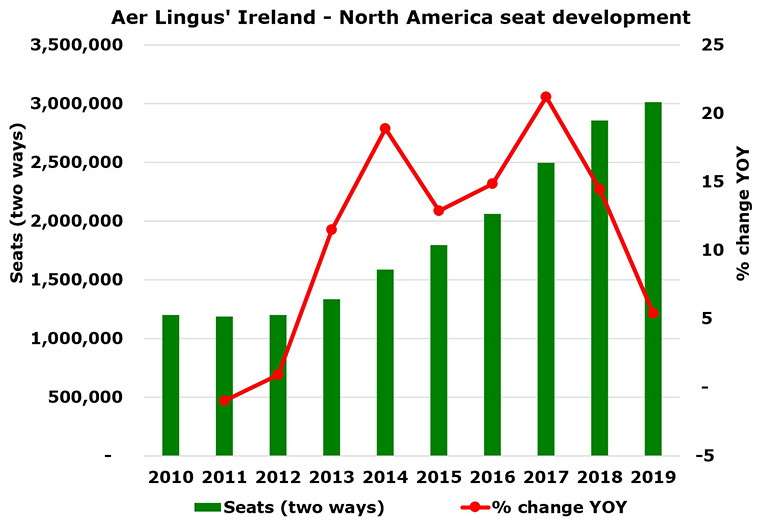 This was from various deliveries, with its latest earlier this year.  This was the last -300 passenger delivery globally as more fuel-efficient (but obviously more expensive to acquire) A330neos and A350s replace them.

Aer Lingus’ A321neo seats totalled just 98,000 last year, with the decline of the B757 clear in the figure below.  The B757 exited the carrier’s fleet earlier this year; it is now been fully replaced by the neo.

Of course, the B757 existed so that Aer Lingus could open new, thinner routes while adding frequencies on existing routes.  The latter role has not yet materialised for the A321.

Currently, the neo operates the carrier’s 0730 from Dublin to Heathrow, which is a key service for local demand but also to feed and be fed by its North America services. 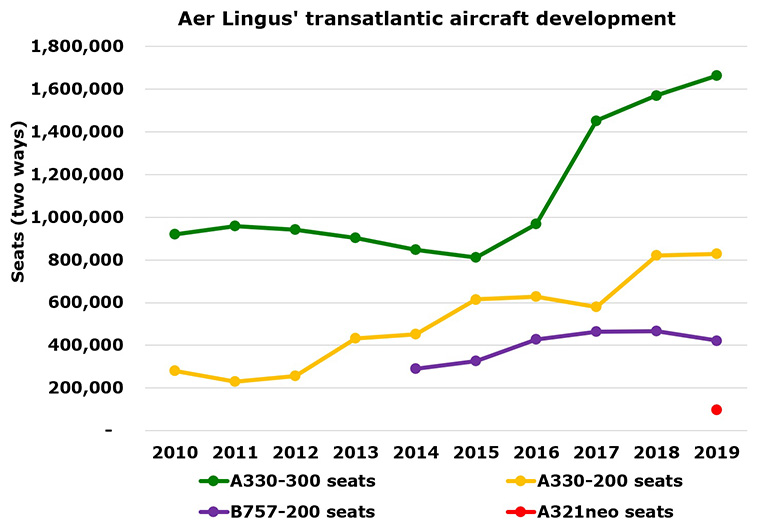