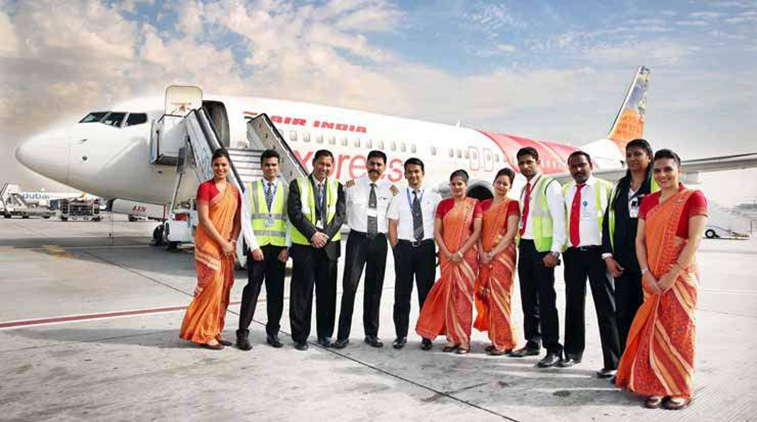 Air India Express is almost entirely about the Middle East, with almost all of its international capacity deployed there.

It also revolves around South India, with just under nine in ten of its international capacity involving 10 cities in this region, led by Kozhikode (Calicut).

The reason is simple: most Indians in the Middle East come from the south.

Its network is based on seven countries

Dubai had more than one-quarter of the LCC’s total, making the carrier’s #1 international destination followed by Sharjah.

Internationally does it: Express vs. Air India

Looking at the seven countries served by Air India Express and adding in Air India’s capacity to them too, as shown below, the low-cost subsidiary had a 59% share of Group seats last year.

But that’s not entirely fair.

All seven countries are served by Air India, with the airline mainly focusing on tier 1 cities to them.

At 77%, Air India’s capacity to Saudi Arabia far exceeds that of its Express subsidiary.

Qatar is interesting.  Air India began Doha late last year, with Mumbai restarting from this coming October on a three-weekly basis, according to its website. Express’ very high Qatar dominance will therefore reduce.

The carrier was the sole operator on 23 of these 60 routes.  These include the only international route from Surat with any airline: Sharjah.  Surat joined Express’ network last year.

They also include a strong network of seven routes without direct competition from the Karnataka coastal city of Mangaluru, such as Abu Dhabi, Bahrain, Dammam, Doha, and Muscat. These are still only served by the LCC.

A further 12 routes had one competitor, funnily enough led by Mangaluru – Dubai in terms of seat capacity. Express was – and remains – the market leader on this airport-pair against SpiceJet.

At the other end of the scale, seven routes had between four and eight airlines – excluding Air India Express.

With a big focus on the LCC’s #1 international airport, Dubai, these major routes last year were:

Not surprisingly, the carrier was only #1 Kozhikode – Dubai (#1), although across all 60 routes it was typically in a strong position overall.

The competitive situation will probably only increase for the airline, given India’s LCCs are focusing more and more on international operations.

Last year, Express competed directly with other Indian carriers on 27 different routes, or 70% of its routes with direct competition. (It also competes strongly with foreign airlines, but that’s not considered here.)

This 27 has not changed much in recent years from the end of Jet Airways, which was historically Express’ number-one competitor.  That title has now shifted to IndiGo. (Separately, every AirAsia India route competes with IndiGo.)

Last year, IndiGo competed directly with Air India Express 22 of its 37 routes with direct competition, followed by SpiceJet and Air India with eight.