Lübeck Air, a new scheduled airline, takes off to Munich and Stuttgart

Seen arriving into Stuttgart on 17 August is a Lübeck Air ATR-72, operated by Alsie Express. The route operates six-weekly.

Despite the pandemic, a new scheduled airline – Lübeck Air – took to the skies on 17 August.

A virtual airline, it is using one 64-seat ATR-72 leased from Alsie Express, OAG data indicates.

Lübeck Air is not new to flying, but it is new to scheduled passenger operations.

The emergence of Lübeck Air is fundamental for the airport, which last had scheduled flights in 2016.

Unlike the airport’s previous airlines, routes, and role, discussed below, Lübeck Air’s new offerings are tailormade for the airport’s local catchment. 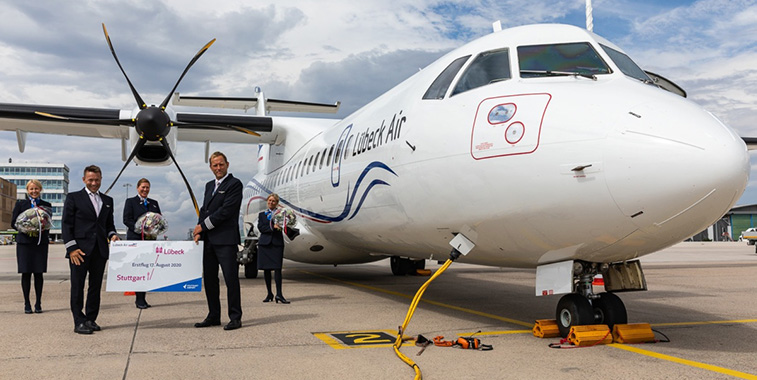 Lübeck Air has two routes: to Munich and Stuttgart. These are 611 kilometres and 579 kilometres from Lübeck, respectively. Both big cities are are six-to-seven+ hours by ground transport from the Lübeck area.

Munich is served 11-weekly and Stuttgart six-weekly.  The latter’s performance will be interesting to see given its timings, while a day trip to Munich will be long given the 0635 departure time and 2140 arrival.

The lowest one-way fare we could find to both cities was €98.

Both routes have a block time of 1h 40m, although Munich’s evening block is currently 1h 55m but later changes to 1h 40m.  The one-hour turnaround in Munich is notable; it changes later this year.

Frankfurt is around five to six hours overland.

Based on block times to Munich/Stuttgart, Frankfurt would be around 75 minutes, London ~two hours, and Stockholm about 2h 10m. Some long times by the ATR-72. 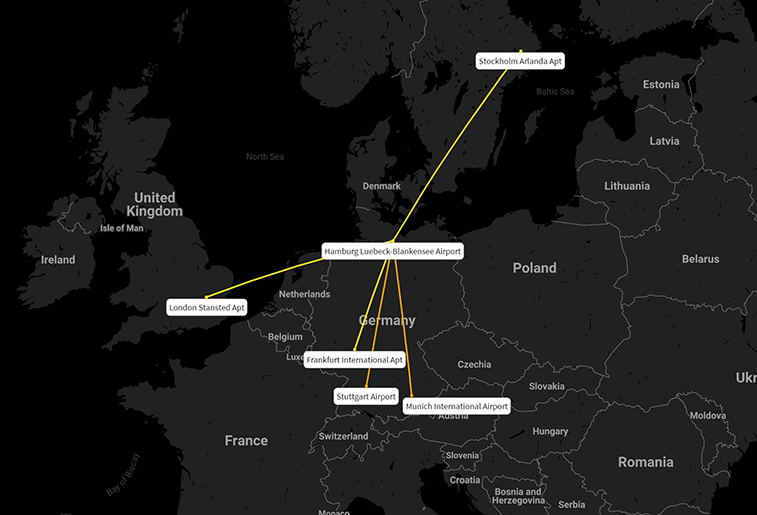 Lübeck now a regional airport, rather than a secondary airport to a major city

Lübeck’s previous role was as a low-cost alternative to Hamburg, located around 70 kilometres from the airport.

It was a well-established secondary airport, and it was understandably often marketed as Hamburg (Lübeck).

It is noteworthy that Lübeck Air is reputedly considering London and Stockholm.

Ryanair ended Lübeck in 2014 in favour of Hamburg, while Wizz Air joined its Irish competitor at Hamburg two years later. 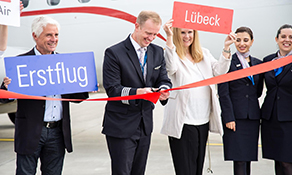 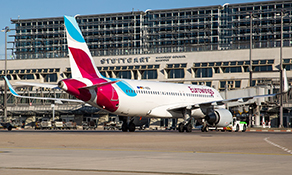