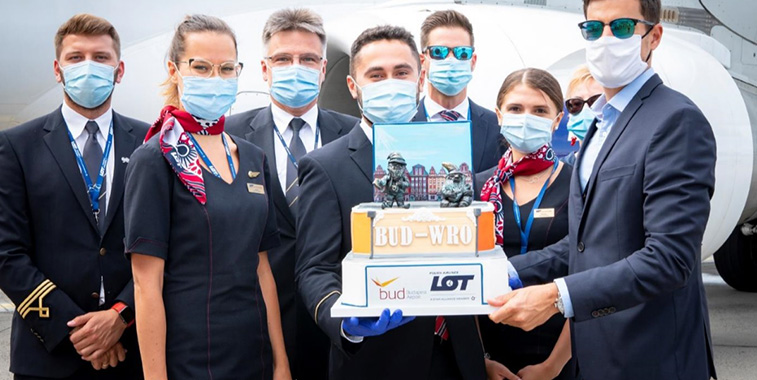 LOT Polish began a brand-new route on 24 August, with the Wroclaw – Budapest taking off.

This came a day after Warsaw – Dublin began.

At 443 kilometres, Wroclaw – Budapest operates once-weekly and supplements the carrier’s existing Warsaw and Krakow routes from the Hungarian airport.

While the carrier’s Embraer 195 will operate the initial two return trips, its 78-seat Dash-8-400s will operate it instead from September.

LOT has grown strongly at Budapest, with 606,000 two-way seats there last year, according to OAG schedules data.

With almost 10,000 indirect passengers, Budapest – Gdansk is a larger market than Wroclaw.  Will it happen?