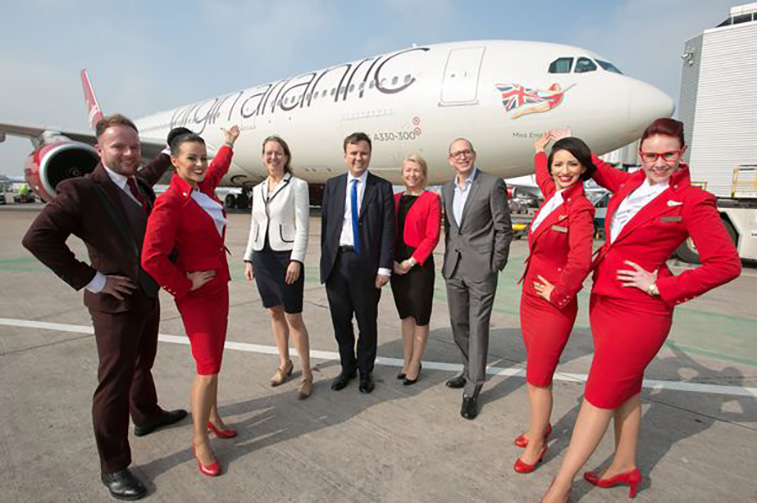 Virgin Atlantic has today (27 August) announced that it will launch non-stop service to Pakistan from both Heathrow and Manchester on what looks to be a permanent basis.

Three routes are expected to begin in December:

The core reason for launching these now is the temporary absence of Pakistan International because of its EU ban until next year, which has created a clear and large gap.

We recently showed the future potential of Pakistan, the world’s fifth-largest country by population and with a huge area.

Those connecting over Heathrow amounted to 38%, it found.  Europe was the number-one source, mainly from across the UK, although North America wasn’t far behind. 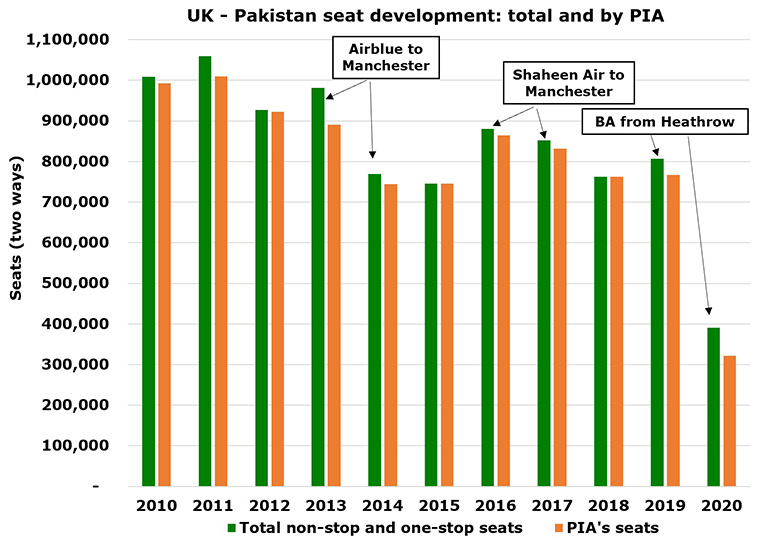 Note: this doesn’t include sixth-freedom operators, only UK and Pakistani airlines operating non-stop or with one-stops. Source: OAG Schedules Analyser.

Islamabad is by far the top Pakistani city to the UK, responsible as it is for 70% of total capacity.

Based on last year’s non-stop and one-stop routes from the UK to Pakistan, as shown below, it is not hard to see why Virgin has chosen the routes it has.

As UK to Pakistan is so heavily driven by visiting friends and relatives demand, fares are not particularly high.  This reflects a higher proportion of economy passengers. Freight will help to offset it.

Using booking data via OAG Traffic Analyser, Heathrow – Islamabad had an average one-way fare of USD$253 last year.  This excludes a 20-30% fuel surcharge (kept by the airline) and taxes.

Heathrow – Delhi, by contrast, is 11% farther yet achieved a 25% higher average fare from a stronger mix of traffic.