Wizz Air reveals 8 new routes, including its only domestic services 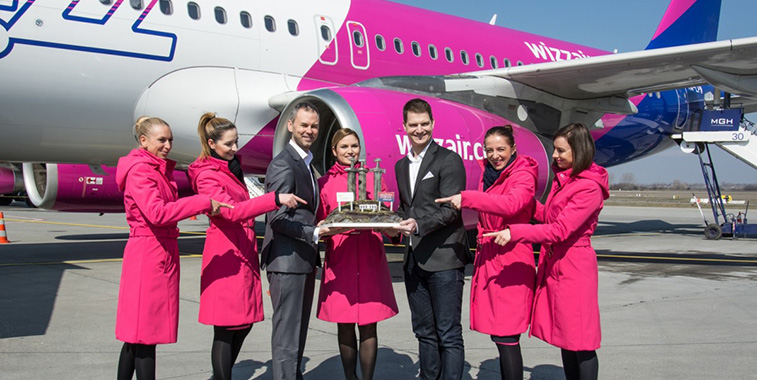 With six new routes from Doncaster Sheffield, Wizz Air now has 23 routes for sale from the airport.

Wizz Air has revealed a further eight routes: six from its new Doncaster Sheffield base and two more from its new base at Milan Malpensa.

This is a continuation of its extensive growth within Western Europe; see details later in this article.

Significantly, its two new routes from Malpensa are both domestic: Palermo (a new airport in Wizz Air’s network) and Catania. These are the carrier’s only domestic routes.

The core reason for launching these: the exit of Alitalia and Air Italy on them. And, to a much smaller degree, coronavirus-focused frequency reductions by easyJet and Ryanair.

Malpensa – Catania will have 52 weekly frequencies in the week Wizz Air begins – down from 114 last year.  Palermo will have 45 – down from 91.

Alitalia and Air Italy had 53% and 62% of Malpensa’s frequencies to Catania and Palermo respectively in the same week last year, OAG schedules data shows.

On an annual basis, Malpensa – Catania had 1.5 million seats last year and Palermo 1.1 million, both up more than threefold over 2016.

Wizz Air will compete directly with TUI on three of its four new Canary Island routes, on which the carrier will have higher frequencies obviously partly for competitive reasons.

The ULCC will also begin Doncaster – Eindhoven, a 488-kilometre sector, becoming only the second airport in northern England connected to the Dutch airport after Manchester with Ryanair.

Eindhoven will try to be an alternative to Amsterdam, which was last served from Doncaster by flybe on a once-daily basis between 2016 and 2019. (easyJet operated it at daily the start of the decade.)

Wizz Air’s new routes from Doncaster will be because of a second aircraft at the airport.

We previously mentioned the economic issues of one-aircraft bases, so it is good to see Wizz’s Doncaster base doubling so soon.

However, unlike its other new routes, none of these six are bookable beyond May, raising questions of what will happen. 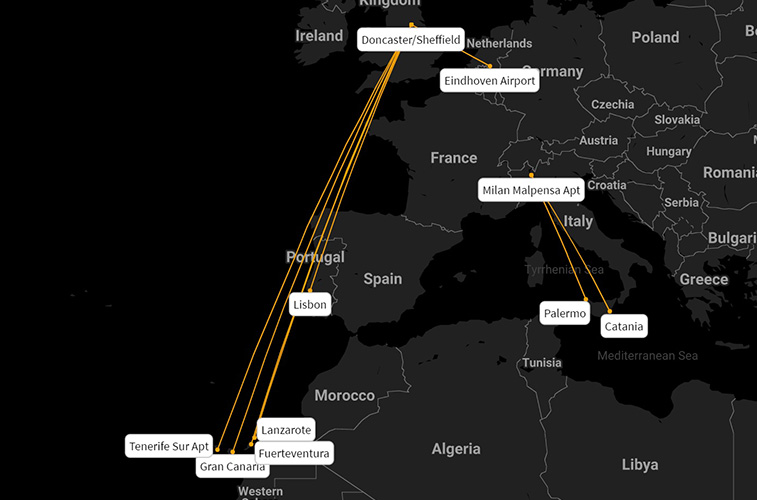 The table, below, shows that Wizz Air’s second aircraft at Doncaster will be fully utilised on all days except Wednesday and Sunday.

Note that Lisbon won’t be operated by its second-based aircraft as it doesn’t fit into this aircraft’s schedule.

No other existing or announced routes would fit into the morning or afternoon gaps, so expect more routes to be announced soon.

As we know, Wizz Air has increased its intra-Western Europe flying considerably from when it started it in 2018.

What might not be known is by just how much.

Intra-Western Europe was the only segment involving Europe to grow this year.

The rise of intra-CEE is also clear to see, especially since 2017, with its latest routes taking off yesterday (1 September): Pardubice to both Kyiv and Lviv.

Intra-Western Europe and intra-CEE accounted for 12% of Wizz Air’s total seats last year and 17% in the current year (clearly partly influenced by the cuts to its core).

Of course, CEE – Western Europe is very significantly greater than these other segments and it continues to grow strongly, as it likely will for years. 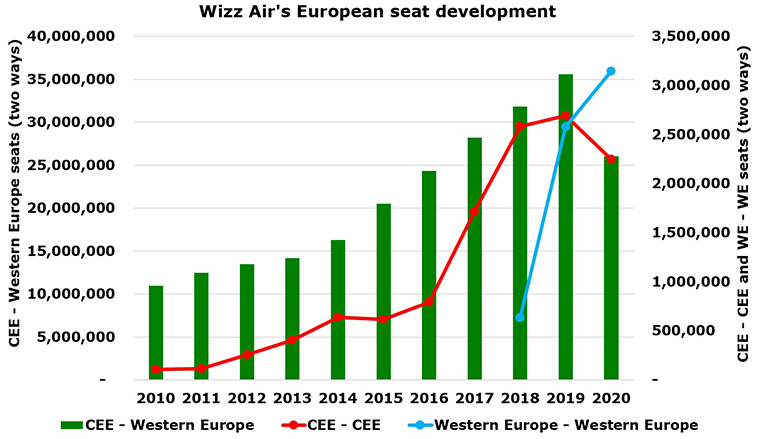