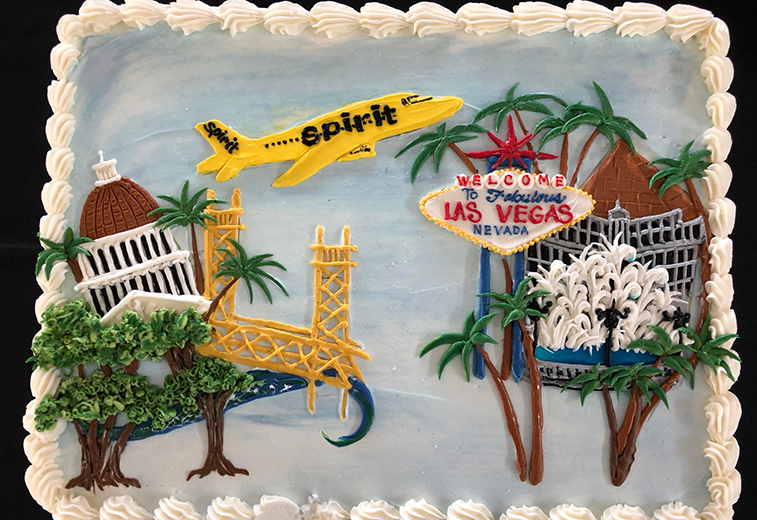 The ULCC will begin two routes from Orange County: Las Vegas and Oakland.  The latter route will be Spirit’s first involving two secondary airports within California.

Spirit’s entry into Orange County – the airline’s third in the Los Angeles-area – follows cuts by other carriers at this highly controlled airport.

Orange County has underperformed other restricted airports within this metropolis, OAG data indicates, with just 0.9% seat growth between 2010 and 2019 – against (the also tiny) 1.7% at Long Beach and 2.6% at Burbank.

Spirit’s choice of initial two routes – undoubtedly to be among very few from the airport given the limitations – is driven in part by strong RASK-distance performance by Southwest on these routes. See below the table.

California, and the West Coast generally, is a small and proportionally declining part of Spirit’s network, raising questions of its future development.

Spirit’s new routes punch above their weight for Southwest

Both new routes will compete directly with Southwest. As we previously showed, 84% of Spirit’s routes have direct competition, with Southwest number-one by route overlap.

The following RASK – distance figure, based on Southwest’s intra-California and California – Las Vegas routes, shows why Spirit is beginning these routes: they outperformed others, commanding a strong premium.

Both routes from Orange County are ripe for demand stimulation from lower fares.

They also performed sluggishly by capacity with incumbent Southwest, which adds further explanation and motivation. 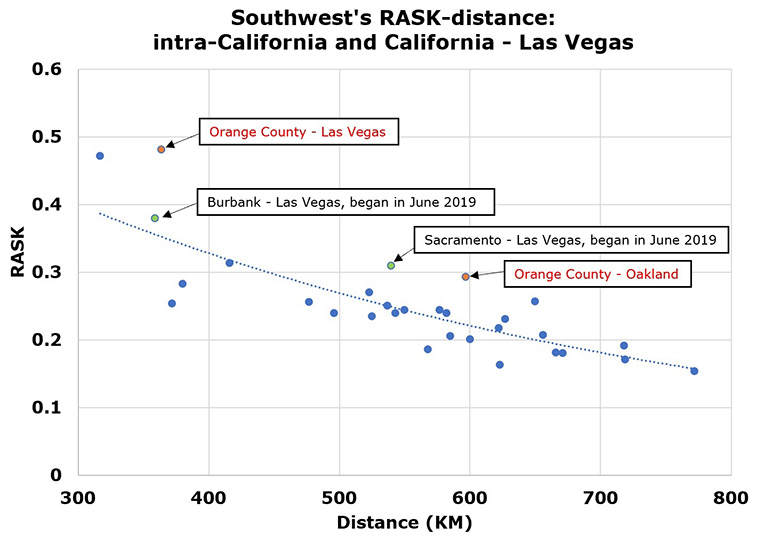 West Coast has 14% of Spirit’s seats

California had 82% of Spirit’s West Coast capacity, which has generally declined on a percentage basis in most years.

With just 12% of the ULCC’s total seats last year, across Y routes, California is not – in the grand scheme of things – a significant part of the airline’s existence. 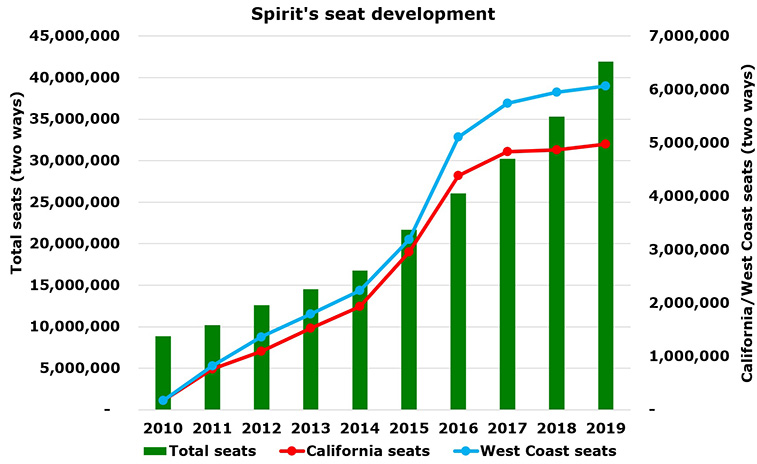 Spirit has been almost flat in California since 2017.

The state’s capacity performance is despite Burbank and Sacramento joining the carrier’s network last year.

Not surprisingly, Spirit revolves around Los Angeles, with over six in ten seats last year despite its growing focus on LA Basin airports.

Spirit has 18 routes from LAX this current year, unchanged in number versus 2017.  Nashville was added this year and Austin last.

Oakland and San Diego are both very small, network-wise, for Spirit.

San Diego’s most recent addition was Detroit in 2018, but Denver and Los Cabos were cut in 2017 and Baltimore ended in 2018. It now has just five routes.

Oakland, meanwhile, is also likely to have five routes.

Fort Lauderdale and now Orange County joined this year, but it now appears that Chicago O’Hare and Houston International will end later this year.

What, then, of the future of San Diego and Oakland in Spirit’s network? 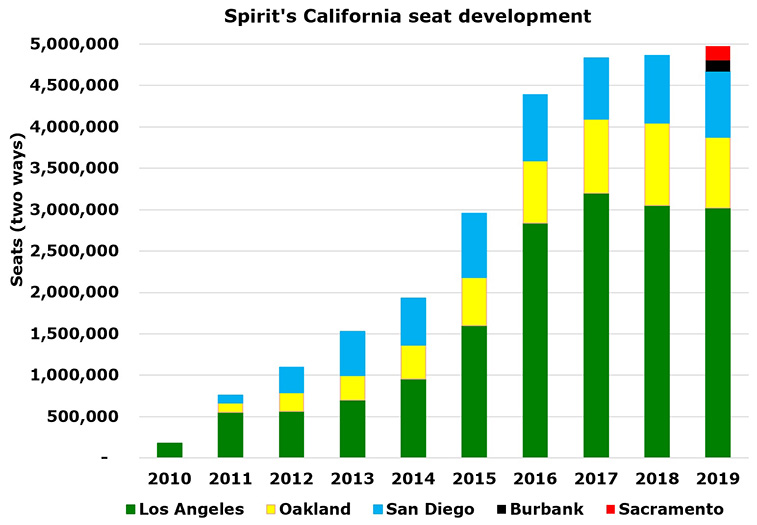