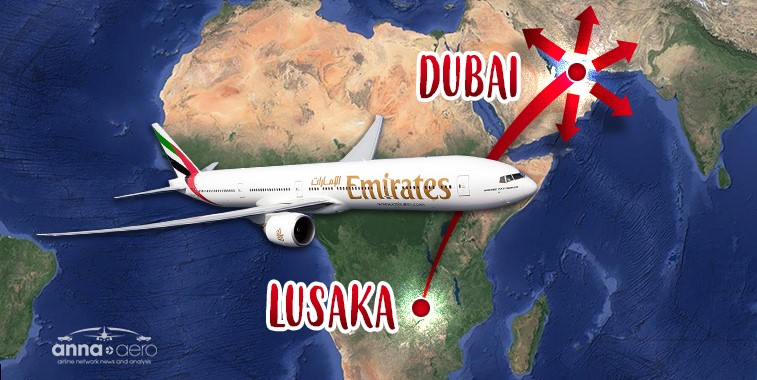 Pre-coronavirus, it operated the same routing, including the 403-kilometre tag to Harare, once-daily using 354-seat and first-class-equipped B777-300ERs.  This is its lowest-capacity B777-300ER configuration.

Now, Emirates will temporarily operate its 5,355-kilometre Lusaka service twice-weekly without the onward tag, while – later this month – it’ll begin an additional two-weekly services that will continue to Harare.

Its normal, once-daily, full routing is expected to restart from the beginning of W20.

Lusaka is the latest African airport back in Emirates’ network, which calls for a look at where passengers connect over Dubai as well as an examination of the MEB3’s development across the continent. 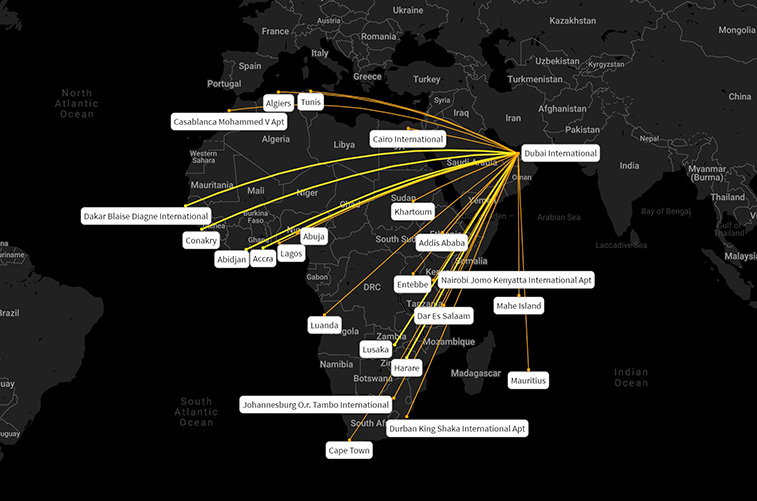 With an estimated 210,543 passengers, Emirates achieved a seat load factor of around 87%.  This is based on OAG Traffic Analyser using MIDT booking data.

Traffic was split almost equally between Lusaka and Harare.

This 210,543 is based on only those going to/from Dubai or connecting over the UAE hub.  It does not include Emirates’ ~36,971 local passengers between the two African cities.

If Lusaka and Harare are combined, ~163,409 connected over Dubai while local traffic amounted to 39,525. 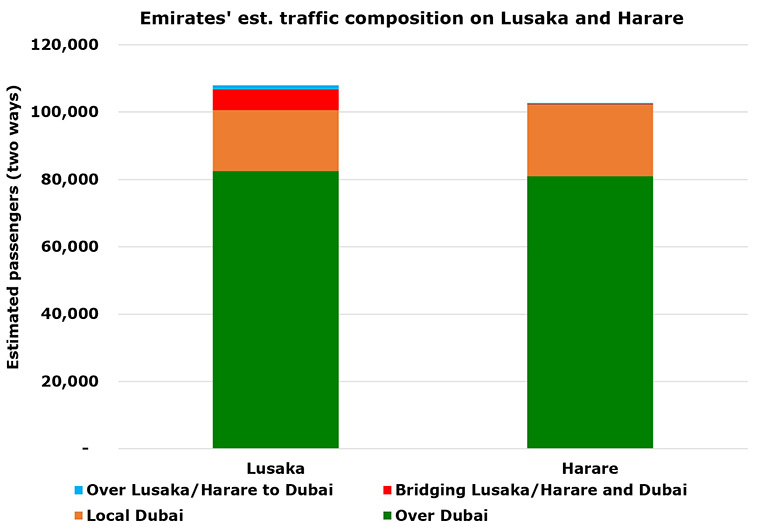 Four countries had more than six in ten Lusaka passengers

Just under half of Emirates’ Lusaka passengers connected over Dubai to/from Asia and Europe.

Not surprisingly, this was driven by the top-demanded countries of China and the UK.  The former is from over 80,000 Chinese in the country, including for mining reasons, and the latter from VFR demand because of Zambia’s colonial history.

Last year we showed the importance of the Africa – China market, which had over 2.5 million passengers.

While Beijing, Guangzhou, and Shanghai Pudong were all in Lusaka’s top-10 airport-level O&Ds, it is perhaps more interesting that Mumbai, Hyderabad, and Delhi were too.  This is the result of Zambia’s growing Indian community.

However, London was top – with approximately 12% of total passengers – on a city-pair basis. 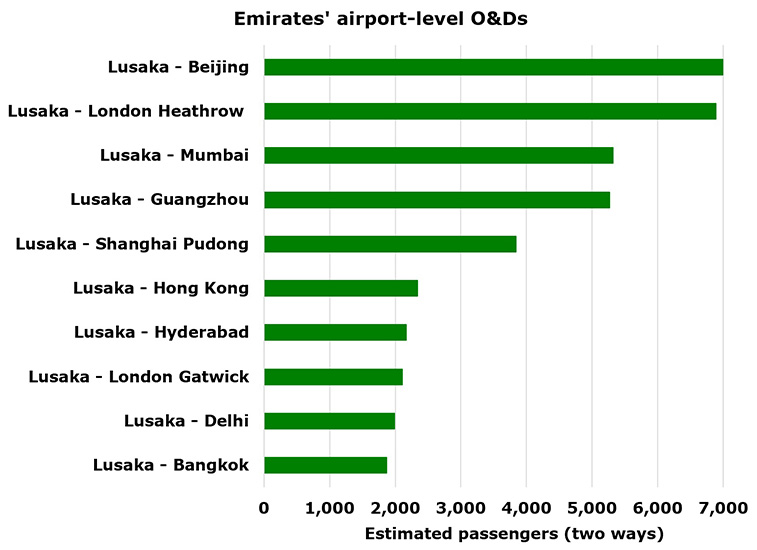 Emirates’ numbers here exclude flydubai, with the pair now almost in a merger.

Emirates’ Africa capacity has pretty much remained unchanged over the past decade on a percentage basis, consistent as it is at about 11% each year. 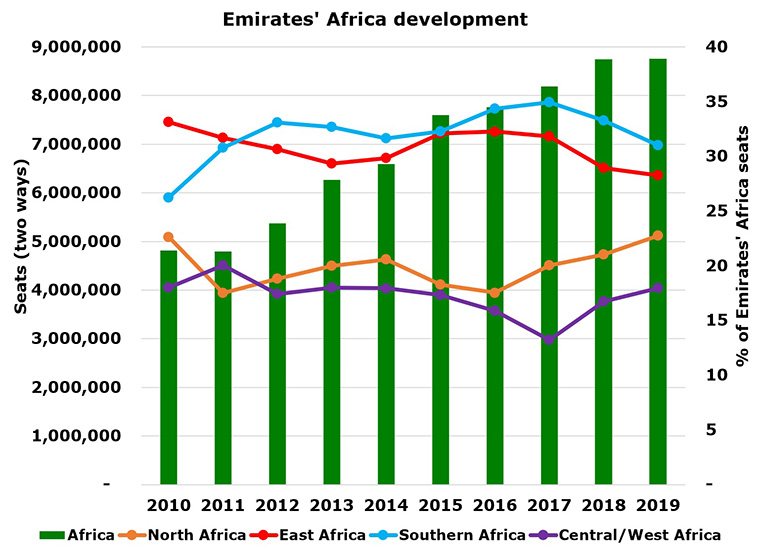 Emirates Africa seats up strongly since 2010, but slower growing than total network

The carrier’s Africa seats have grown by 82% since 2010, but on a CAGR basis they have increased marginally shallower than Emirates’ total network.

Emirates had 19 Africa destinations in 2010 and 23 last year.  Johannesburg was by far the leading destination, with over 1.2 million seats, followed by Cairo with 820,000.

The strength of Johannesburg, together with Cape Town and Durban, helped Southern Africa to be the only region to grow over 2010 as a proportion of the airline’s Africa capacity, ending last year with 31%.

Africa has been let down by minimal growth since 2017, with only seats to North Africa and Central/West Africa – its two thinnest regions – growing in this period.

North Africa’s development is mainly from big capacity increases to Cairo (ending last year with 25 weekly flights with four by the A380) together with Casablanca.

Central/Western Africa, meanwhile, is mainly from clawing back lost capacity from Nigeria’s recession that resulted in the suspension of Abuja and the halved frequency to Lagos.