Loganair takes off from Glasgow to downtown Belfast; an important market served once more 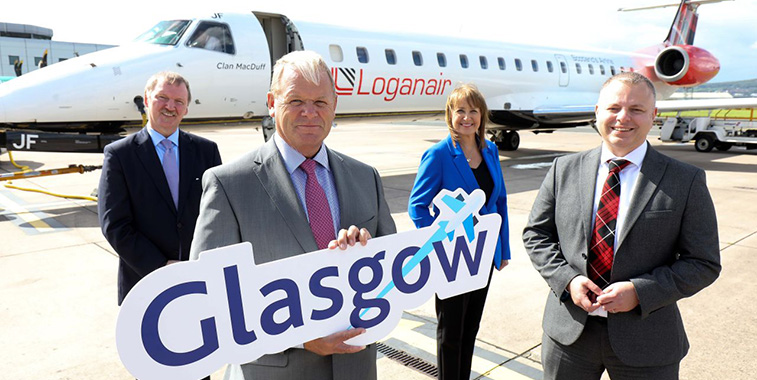 Loganair took off today (4 September) on its first service from Glasgow to Belfast City.

This follows the end of flybe.

Glasgow is a significant market from the downtown Belfast airport, with flybe having nearly 185,000 seats on the route last year, OAG shows.

And with 142,000 passengers, according to the UK’s CAA, flybe achieved an average SLF of 77% on it, pretty much its system average.

Loganair will operate Glasgow – Belfast City 13-weekly using its 49-seat Embraer 145s: twice-daily Monday to Friday and on Sundays, and once-daily on Saturdays.

Speaking at this launch, Katy Best, Belfast City’s Commercial Director, said: “This double-daily service from the heart of Belfast to Glasgow is not only positive news for Belfast City, but for the many passengers who rely on connectivity with Scotland.

“Glasgow is the fourth Scottish destination to be served by Loganair from Belfast City, together with Dundee, which takes off on September 18, and Aberdeen and Inverness.”