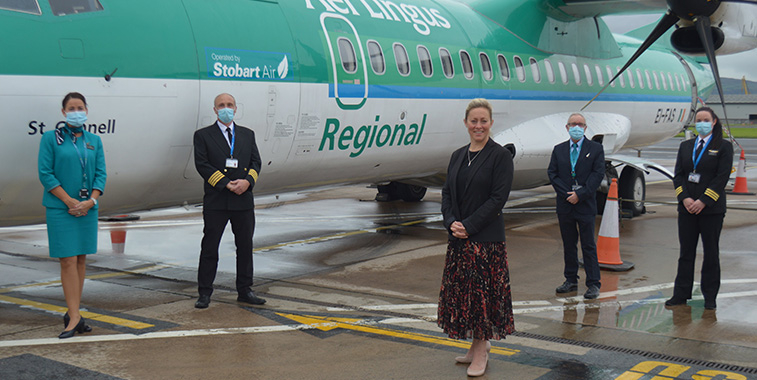 Katy Best, Commercial Director at Belfast City Airport, welcomed Aer Lingus Regional’s new base at the downtown airport on 27 August. The carrier will fill an important void following the end of flybe, with six routes coming that had 1 million passengers last year.

Katy Best, Commercial Director at Belfast City Airport, said: “Edinburgh has always been a very popular route from Belfast City, and we are delighted Aer Lingus Regional has re-established this service since it was left vacant by Flybe.” 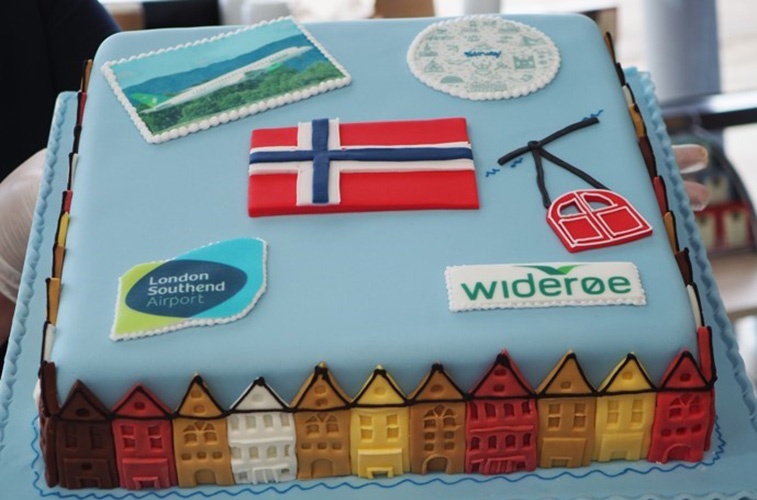 Widerøe will operate twice-weekly between the Norwegian city and London Southend, competing indirectly with Norwegian’s service to Gatwick.

Widerøe launched Bergen – London Southend on 31 August, with Southend a new airport in its network.

Widerøe began serving London in 2018 with a service between Kristiansand and Stansted.  However, it has consolidated at Southend, with Kristiansand joining Bergen in October.

Now, only Widerøe and Norwegian (to Gatwick) serve Bergen, the latter twice-weekly but rising to 11 weekly next month.

Speaking of the new Bergen – Southend, Glyn Jones, CEO of Stobart Aviation, said: “At a difficult time for aviation the new route demonstrates confidence in the airport, and the interest people have to returning to fly to locations that continue to have low coronavirus incident rates.” 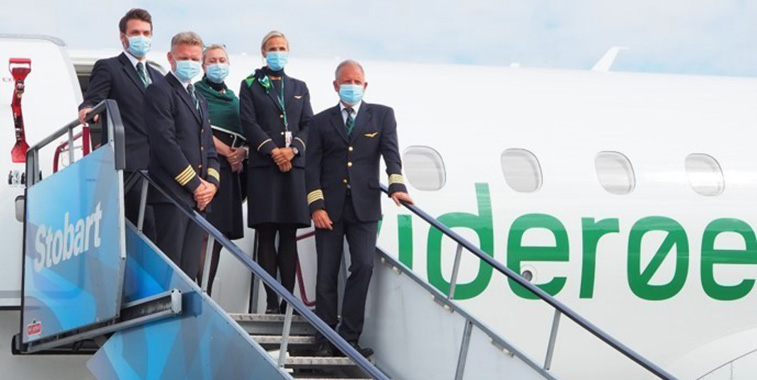 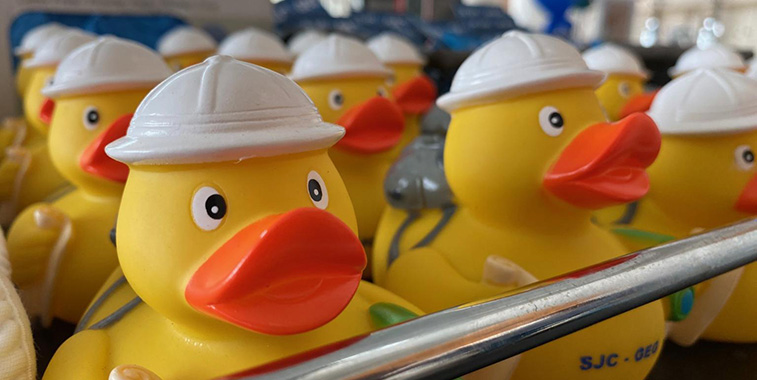 Alaska will compete directly on this airport-pair with Southwest when the airline resumes it in November after a half-year coronavirus hiatus. Southwest began the route back in 2018.

When it returns, it will also be once-daily. 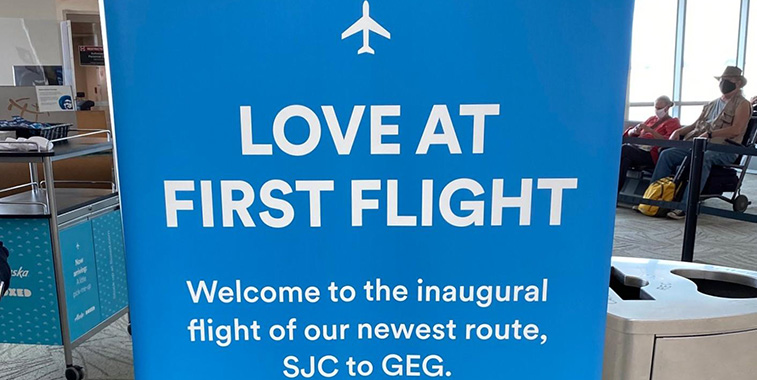 Bay Area hit high two years ago, but will be overtaken

Spokane – Bay Area had 379,000 seats last year across all three airports, OAG data indicates. This was down 9% YOY from the high of 2018, primarily from San Francisco’s decline.

Alaska launched a twice-daily Spokane – San Francisco offering on 19 March this year as a result of SFO’s decrease.  However, it currently operates daily before its full schedule restarts later this year.

This coming winter, Alaska will have eight routes from Spokane and 17 from San Jose. 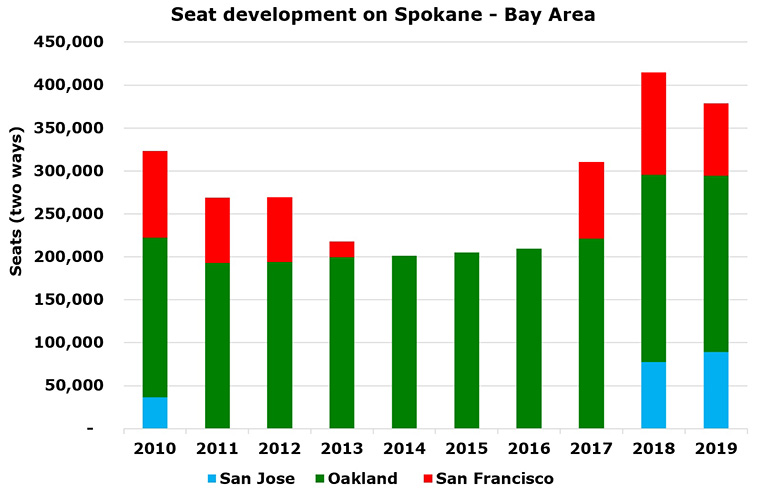 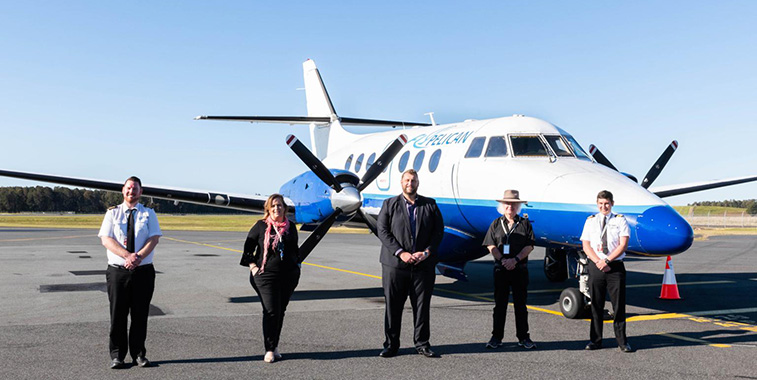 FlyPelican’s new Dubbo service to Ballina joins existing routes from Canberra and Newcastle to the gateway to Byron Bay.

The 608-kilometre route is operated on a three-weekly basis by its 19-seat Jetstream 31s with a 1h 45m block time. 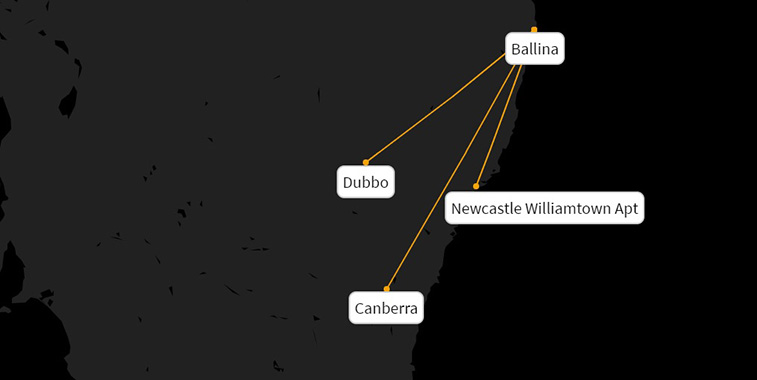