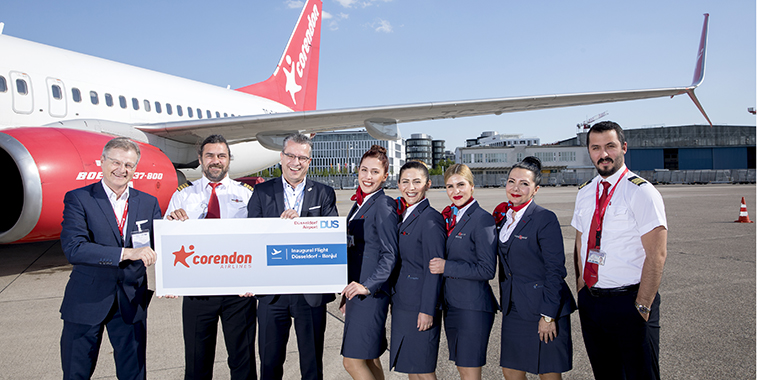 Corendon will open two new bases at Düsseldorf and Basel next May.

The addition of Düsseldorf will take its German bases to five, joining Cologne, Hannover, Münster/Osnabrück, and Nuremberg.

This is up from less than one-fifth back in 2017, with its growth clearly aided by the end of airberlin. 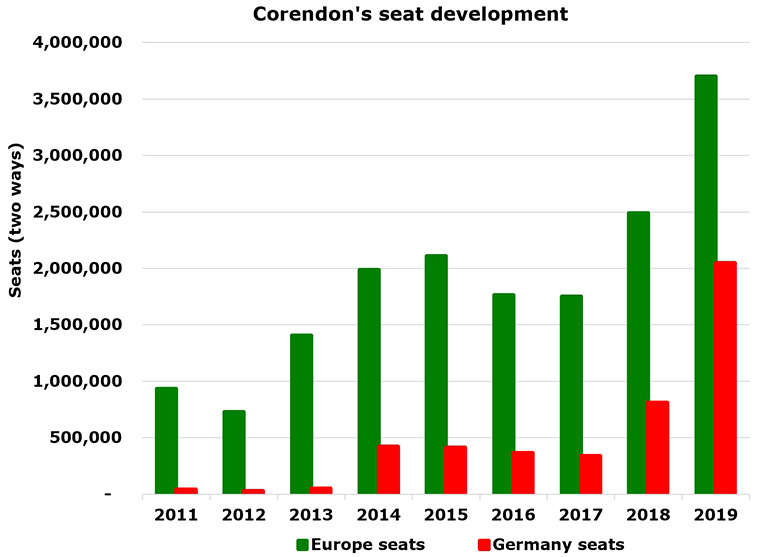 Corendon serves (or will serve) 22 airports in Germany.

As Basel’s new routes are not yet known or available for booking – and its schedule is currently all using non-based aircraft – this article focuses on its new German base.

Corendon will have 21 routes from Düsseldorf

Corendon will introduce 15 routes from its new base at Düsseldorf, taking its total from the North Rhine-Westphalia airport to 21, as shown in the table that follows.

Obviously Palma was by far number-one with getting on for nearly half of these passengers, while Ankara had the largest estimated volume of indirect traffic at just over 30,000 in this O&D of 173,000.

Corendon will have 55 weekly frequencies at Düsseldorf next May, which excludes Rhodes which is listed in the airline’s pull-down menu but is not currently bookable.

These routes include a strong focus on Turkish VFR markets – seven are coming – given NRW, the state in which Düsseldorf is located, has over 500,000 Turks.

Looking at Corendon’s schedules shows that it will have an overnight service from Düsseldorf to Adana, Ankara, Diyarbakır, Gaziantep, Samsun, or Trabzon on most nights.

Bodrum will use non-based aircraft, likewise the carrier’s existing routes.

Interestingly, at the time of writing two services do not fit into the day-by-day schedule, as shown below, and are not operated by non-based aircraft: Gran Canaria on a Tuesday (0715-1720) and Zongdulak on a Monday (0700-1445). 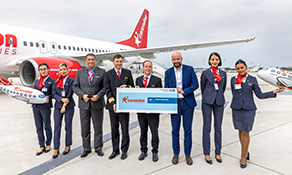