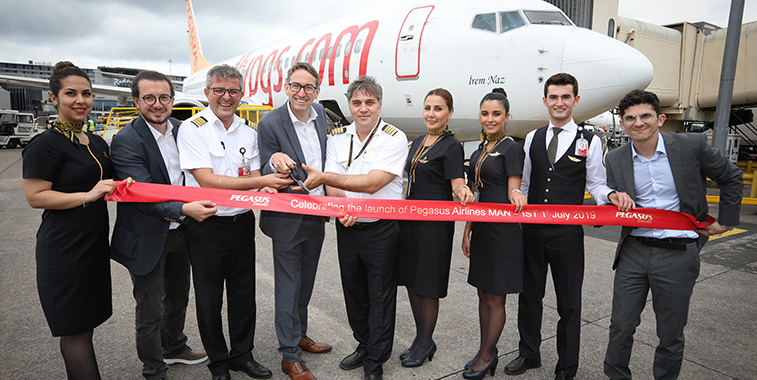 Pegasus began a once-daily service between Istanbul Sabiha Gökçen and Manchester in July last year. Next week, the week starting 14 September, it has six routes between Turkey and the UK.

Eurocontrol data for the end of August shows that Pegasus’ actual movements were down by just 29% over the same period last year.

This corresponds with OAG schedules data, which was down by 30%.

Pegasus has 170 routes across 1,382 one-way frequencies next week, the week starting 14 September.  This is just one-quarter lower YOY.

Exactly 75% of the carrier’s frequencies next week are at Istanbul Sabiha Gökçen, demonstrating how fundamentally important this airport continues to be for Pegasus. 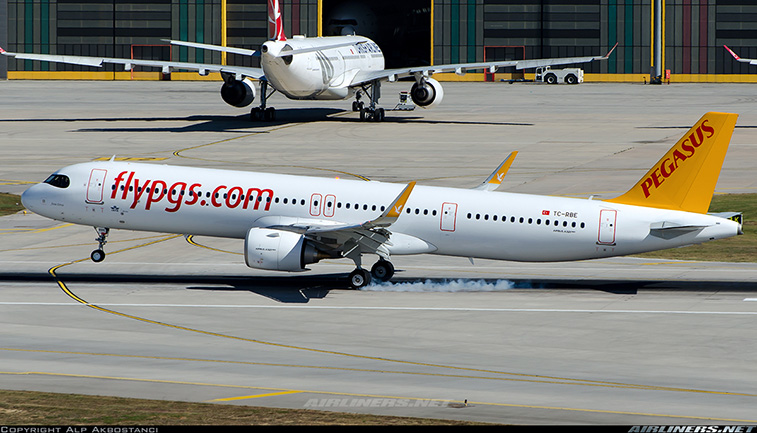 Pegasus’ first 239-seat A321neo was delivered last September. It now has five in service. As expected, it operates a wide variety of routes.

Primarily a domestic airline, with such movements up YOY

Pegasus is mainly a domestic operator, with such frequencies amounting to 65% of its total next week.

This is notably greater than the same week last year, OAG indicates, when it was just under half.

This further supports the assertion that it is typically domestic markets that are recovering faster, capacity-wise, from coronavirus.

Istanbul Sabiha Gökçen has eight in ten of the airline’s domestic flights next week across 33 routes.

Pegasus’ top domestic routes are Sabiha Gökçen to Antalya, Izmir, and Bodrum, with 91, 71, and 56 one-way frequencies respectively, as confirmed by the airline’s website.

It will have up to 13 daily flights to Antalya, with its last departure at either 2230 or 2325.  This is partly so that this core Turkish resort is fed by a raft of European arrivals at Sabiha Gökçen.

Agri, Bingöl, and Kahramanmaras, meanwhile, are its least-served, at four-weekly each.

35% of Pegasus’ frequencies are international…

35% of Pegasus’ frequencies are international next week – against, of course, just over half in the same period last year.

This is across 105 international routes.

These example routes help to demonstrate the growing importance to Pegasus of non-Istanbul international services.

Outside of Istanbul, Antalya has the most international routes with 23. Predictably, Germany rules with 12, led by Cologne. 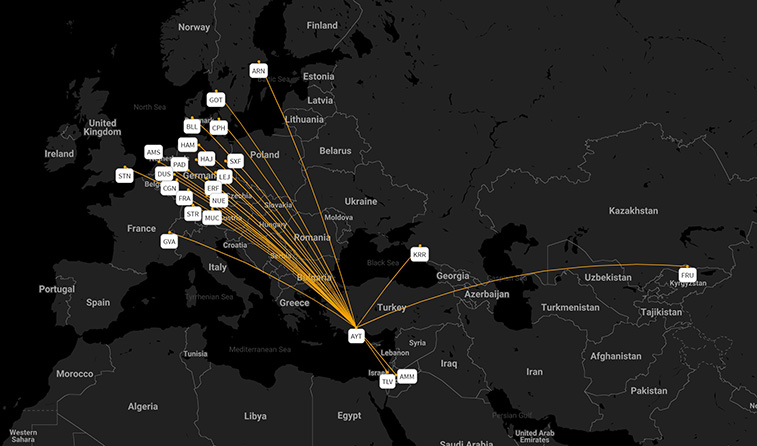 … with Sabiha Gökçen having 55 of Pegasus’ international routes

Sabiha Gökçen has 68% of Pegasus’ international frequencies across 55 routes.

The LCC’s top international routes in this week with more than a daily offering are:

Sabiha Gökçen to Barcelona and Dammam are among the few with only a twice-weekly service in this week.

Meanwhile, multiple international routes have only a once-weekly offering.  These include Antalya – Billund, Ankara – Vienna, and – most ‘exotic’ of all – Antalya – Bishkek. 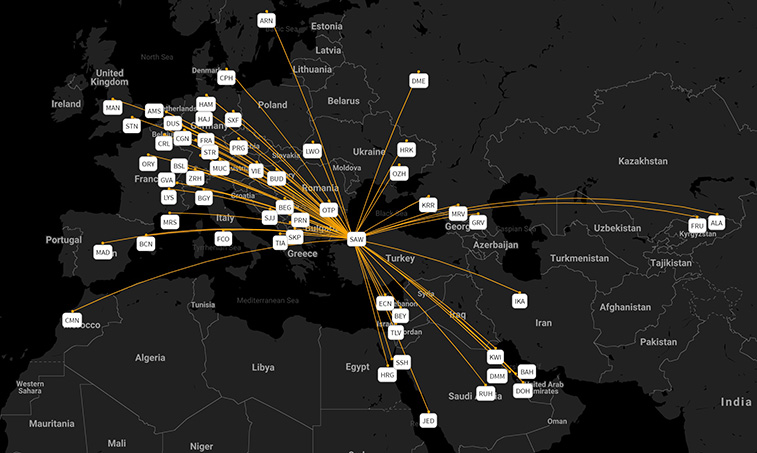