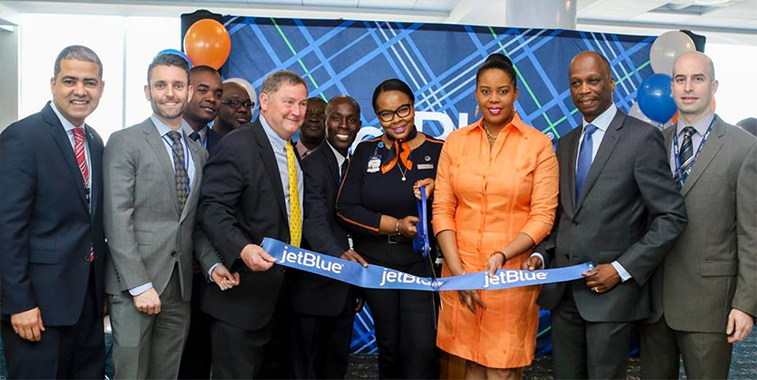 JetBlue has today (10 September) revealed new 24 routes, of which 10 won’t have direct competition in the week that each begins.

In all, these routes will mean 167 weekly frequencies each way, i.e. about 24 daily services.

Both Cancun and Newark will have 56 weekly frequencies each way, Los Angeles 44, and Raleigh Durham 35.

As with JetBlue’s 30 routes announced in June, these are leisure-orientated routes, with this traffic growing back faster than business demand.

Los Angeles was the top unserved route from Charleston, Richmond, and West Palm Beach last year, with an estimated 65,000, 76,000, and 51,000 passengers respectively. This is according to OAG Traffic Analyser and is based on MIDT booking data.

JetBlue’s focus on Los Angeles comes as it consolidates there next month after ending Long Beach. 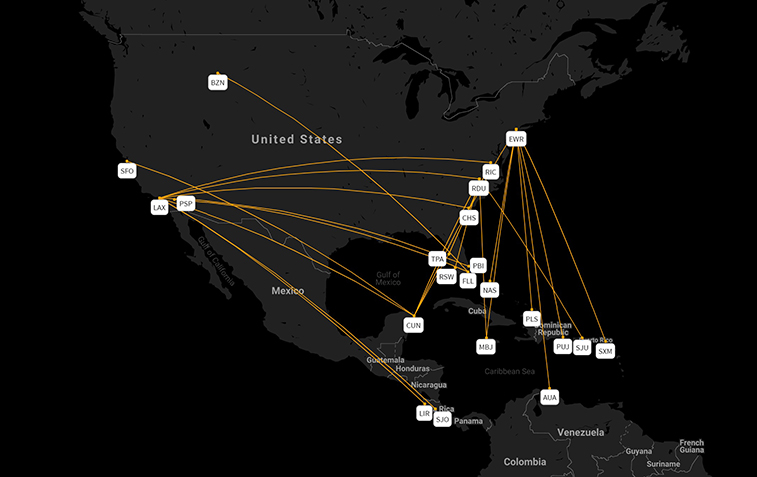 The New Jersey airport has grown reasonably strongly for the airline, with almost 2.8 million seats across 10 routes.

Orlando, Fort Lauderdale, Boston, and West Palm Beach were by far its top-capacity routes from Newark, with its NJ network comprising five Florida, four Caribbean, and only one non-Florida destination.

This coming winter, however, JetBlue will have 26 Newark routes (up from 10 in W19), including the seven in this announcement.  Its Caribbean network will now comprise 10 destinations. 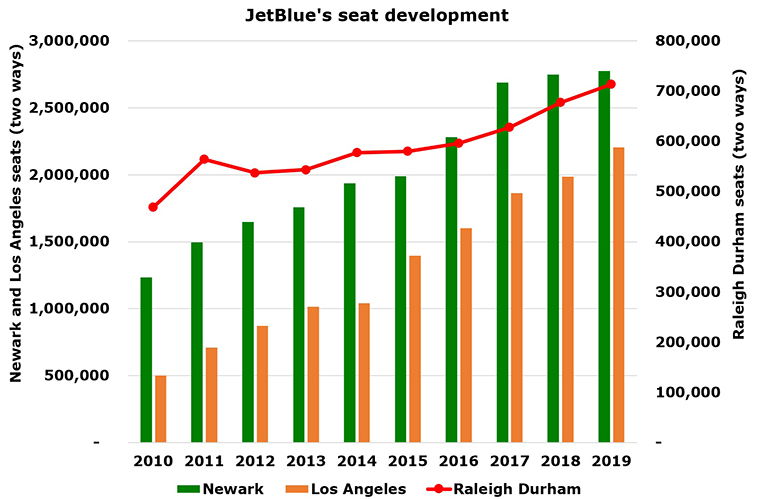 JetBlue up strongly to the Caribbean

The Caribbean that has grown especially strongly for JetBlue, ending last year with more than 13 million seats, pushing the share of this region to 25% of its total capacity.

Between 2010 and 2019, JetBlue’s Caribbean capacity grew by a CAGR of 9%, with nearly eight million seats added.

It reintroduced Boston to St Maarten last year together with a new route to the airport from Fort Lauderdale. These were joined by Philadelphia to San Juan earlier this year.

JetBlue had 78 routes between the US and Caribbean last year involving eight US and 28 Caribbean airports.

The Dominican Republic was by far its top country.  New York JFK to both Santiago and Santo Domingo were its top Caribbean routes, with 569,000 and 517,000 seats respectively. 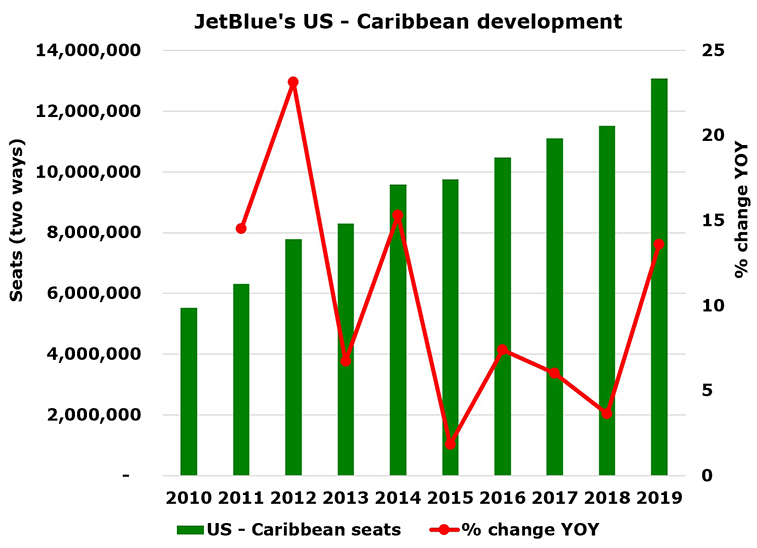