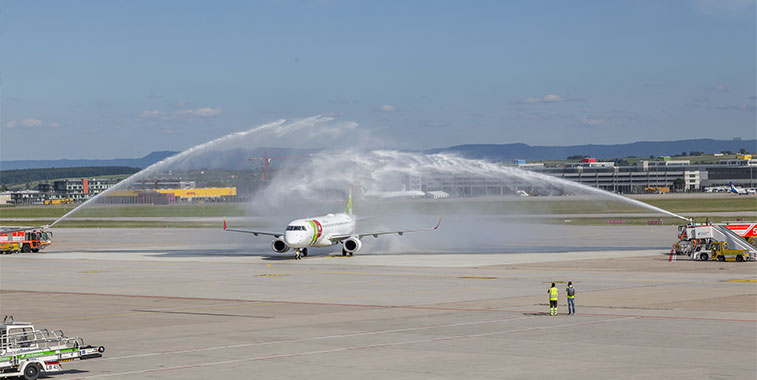 These will be joined next summer by already-announced Lisbon to Santiago de Compostela, Agadir, and Cancún, with the launch of these postponed from their original dates by between nine and five months.

TAP’s routes for S21 are all tourism and VFR-focused, with leisure demand ordinarily returning faster than business.  And TAP’s generally very low frequencies to them suggest they are more focused on local traffic than connecting.

Zagreb was last served by TAP Air Portugal in March 2016. It was operated year-round, with a four-weekly non-stop service by A319s between June and September, and typically three-weekly via Bologna in the other eight months.

TAP Air Portugal will have 12 destinations in Spain

The launch of Fuerteventura, Ibiza, and Santiago will mean that TAP Air Portugal will have 12 destinations in Spain.

Spain had 10.7% of TAP’s total seat capacity in the year to March 2020, OAG schedules data confirms.

Fuerteventura is TAP’s third destination in the Canaries after Gran Canaria (began in 2017) and Tenerife South (2019).

There is a big difference in frequencies, though, with Tenerife to have a 10-weekly service next summer and Gran Canaria nine against Fuerteventura’s one.

Lisbon – Gran Canaria had an estimated SLF of 89% last year, OAG Traffic Analyser suggests.  72% connected over the Portuguese capital, with Berlin Tegel, Paris Orly, Hamburg, Frankfurt, and Dusseldorf the top O&Ds. Germany had almost four in ten of its passengers. 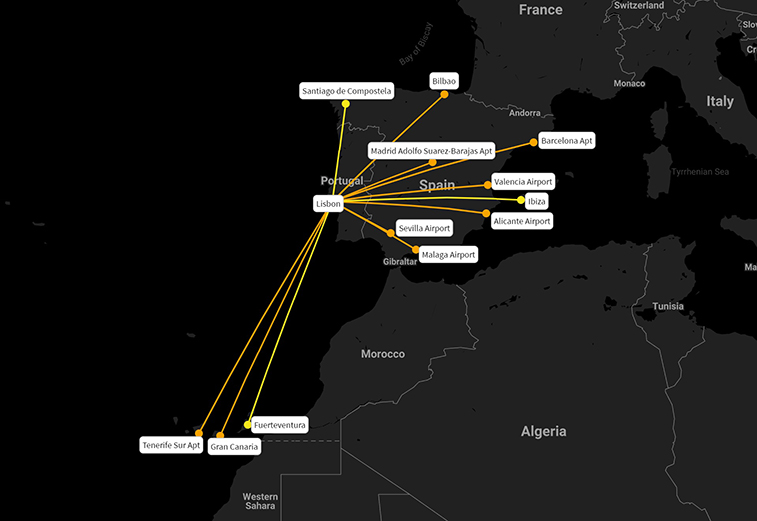 TAP Air Portugal’s Africa network had 9% of its total seats in the 12 months to March this year across 18 routes.

The airline, of course, revolves around North and West Africa, with its network focusing on both destinations of Portuguese heritage and also major cities, including for connectivity over Lisbon. (Lagos is an obvious city that isn’t served.)

São Tomé is served from Lisbon via Accra, with the 4,743-kilometre service operated by 174-seat A320neos.