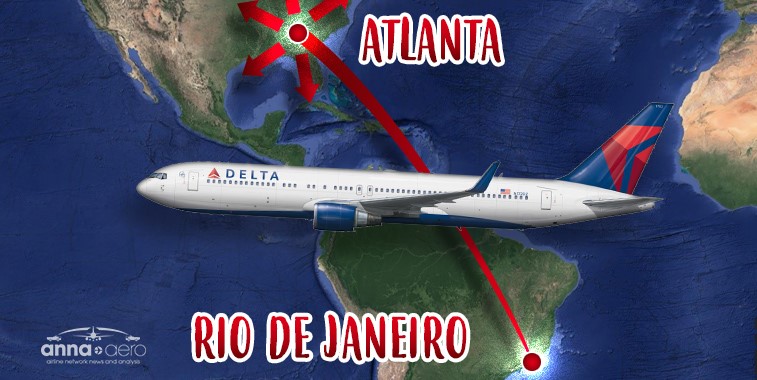 4%.  That is the percentage of Delta’s non-stop international seat capacity deployed to South America in the year to March this year.

This is in stark contrast to Delta’s total Latin America capacity having four in ten of its international seats.

In this year, Delta’s South America seats amounted to just under 1.5 million, down by 13% YOY, data from OAG indicates.

This decline was the result of Orlando – Sao Paulo and long-standing Detroit – Sao Paulo both ending in March last year, together with cuts various routes that remained, especially Atlanta to Cartagena – with its seats down by 47%.

The reintroduction of New York JFK – Bogota in December 2019, after ending it more than three years before, was not enough to offset the rest, so the decline of 216,000 seats.  Delta’s partnership with LATAM will help in significantly changing its South America penetration.

Delta resumes Atlanta – Rio on 19 December on a once-daily basis using 226-seat B767-300ERs, with the carrier’s lowest-premium configuration of the type. 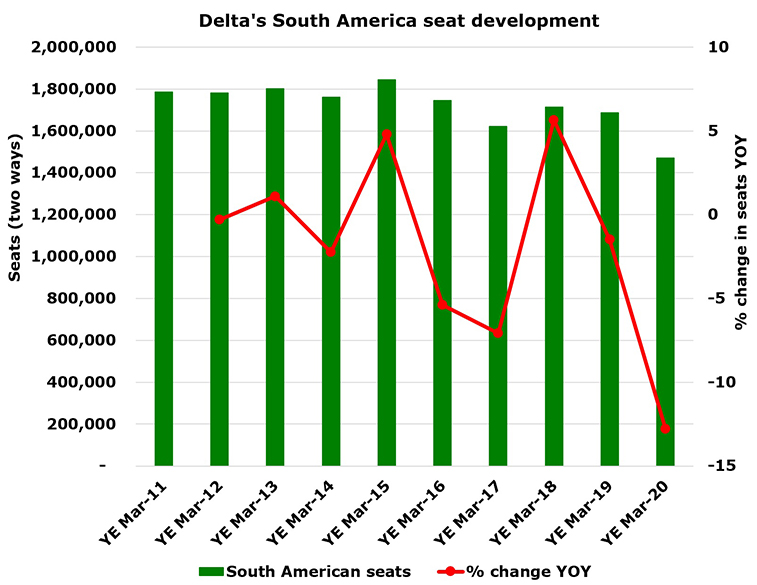 Delta had an estimated seat load factor of 89% on Atlanta – Rio last year, higher than the US3’s system-wide average of 86.3%.

This is based on approximately 153,319 passengers, according to MIDT booking data via OAG Traffic Analyser, and the carrier’s 172,908 seats.

An estimated 125,067 passengers – or more than eight in ten – connected over Atlanta to/from Rio, rising to 93% when bridging passengers are included.

It is noteworthy that there were more bridging passengers than local Rio – Atlanta traffic with Delta, the result of its then-partnership with Gol.

Over nine in ten passengers connected between Rio and the US over Atlanta.

With marginally more than 16,000 two-way passengers, Rio – Orlando was the largest O&D at airport-level. At city-pair level, however, New York was top.

Delta had the second-highest share of Rio – Orlando traffic after Panama’s Copa. Despite backtracking, one-fifth of Delta’s Rio passengers started or ended in Florida.

The only non-US airport to make it into the top-10 was Toronto, coming in seventh. The top bridging routing, meanwhile, was Boston – Atlanta – Rio – Vitoria. 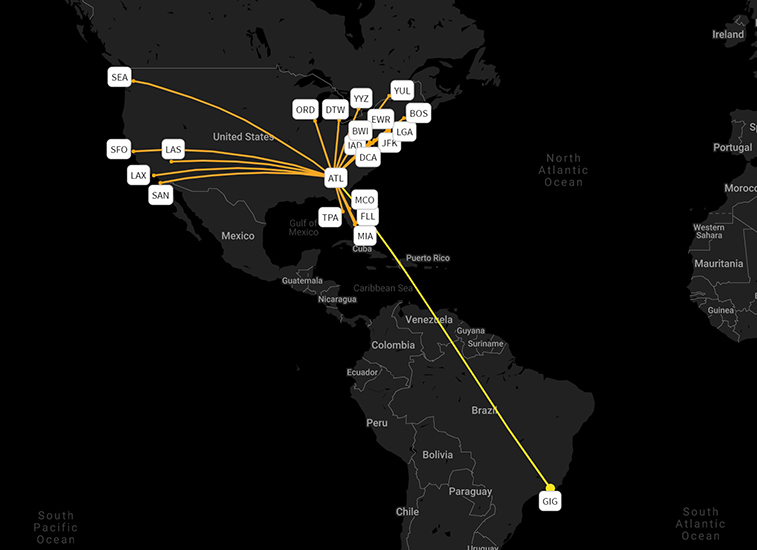