British Airways to Islamabad and Lahore – is Dhaka next?

Here are the top markets with over 30,000 passengers from London Heathrow to five South Asian countries last year.

It is based on fare per kilometre with each fare one-way, base only, and excluding taxes and a 20-30% fuel surcharge each way.

Not all of these 19 are served from Heathrow or London generally – or were served last year – such as Goa, Kathmandu, Kochi, Kolkata, or Trivandrum.

Given the low average fares and often reasonably long distances, it is not hard to see why they aren’t served.  Air India, meanwhile, serves London non-stop from Amritsar and Ahmedabad, the former to Stansted.

Bangalore sits in distinct contrast to these leisure- and VFR-focused markets, with this route attracting a stronger proportion of premium demand, as reflected here. British Airways serves Bangalore using A350-1000s. 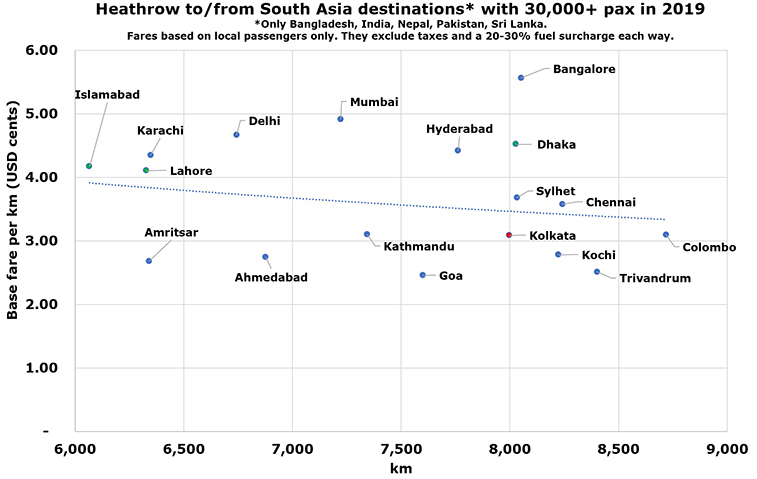 British Airways serves Bangalore, Chennai, Delhi, Hyderabad, and Mumbai in India, together with Islamabad in Pakistan. Lahore will begin next month. It ended Colombo in 2015, routing Gatwick – Male – Colombo. Note: fares in the above figure are based on MIDT booking data via OAG Traffic Analyser. They are only local fares, and they exclude taxes and fuel surcharges.

And following Pakistan International’s ban from the EU, Virgin Atlantic is starting Heathrow to Islamabad and Lahore in December.

This development motivated BA to launch Lahore too, with the route announced this week.  It’ll operate four-weekly from October – starting two months and a day earlier than Virgin. 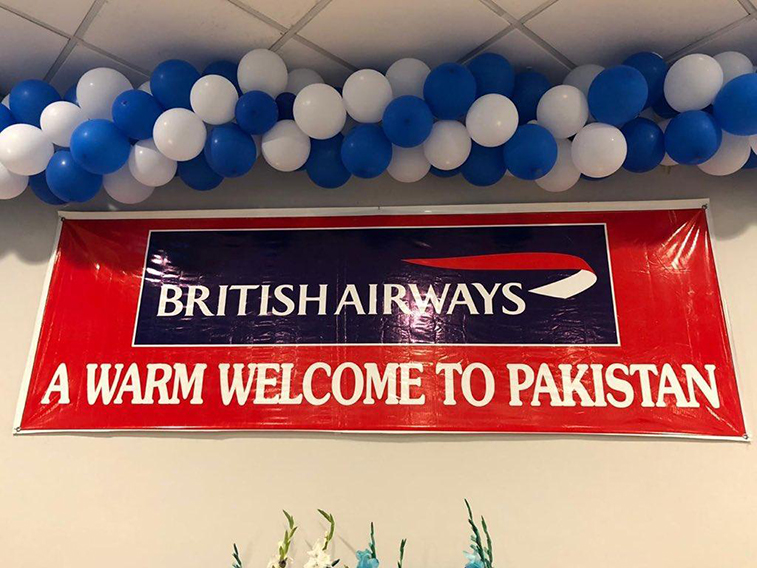 British Airways began Heathrow – Islamabad in June 2019 after a long absence. Next month it’ll begin Lahore too, followed by Virgin Atlantic to Islamabad and Lahore in December.

Dhaka next for British Airways?

British Airways last served Dhaka (and Kolkata) back in 2009. However, the carrier now has far more fuel-efficient aircraft and there is still also bilateral availability to serve Dhaka.

Biman Bangladesh is the only operator between the Bangladeshi capital and Heathrow with a four-weekly service.

On its return to Dhaka, Biman stops en route in Sylhet, an area of the country that a lot of Bangladeshi diaspora in the UK come from.

This is clearly less attractive to premium passengers, with lower yields, than what a non-stop offering would attract if offered in both directions.

Dhaka stands out here for strong yield, including in contrast to Kolkata. The Indian airport is the same distance, but Dhaka’s performance by yield – focused here on local traffic only – is 46% higher.

Despite Dhaka being longer, its yield is also similar to that of Islamabad and Lahore.  And freight demand, which is likely to be strong, would nicely supplement this.

New York, Toronto, Washington, and Los Angeles are the top city markets; together they had over 248,000 passengers to/from Dhaka last year. 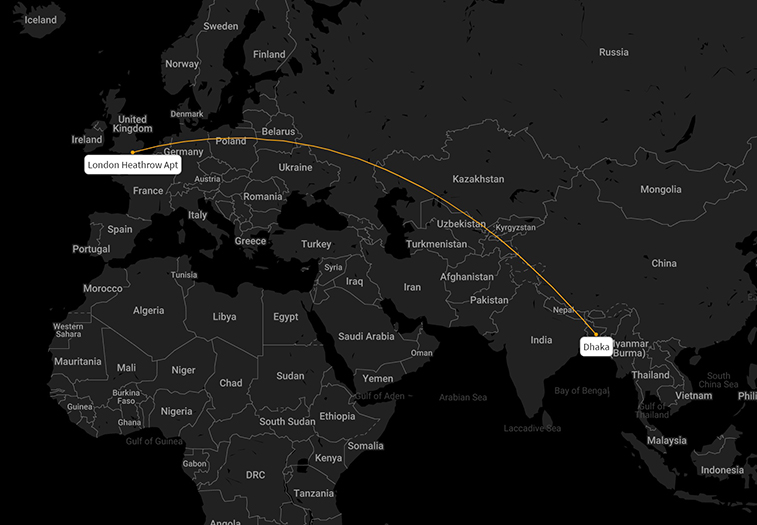