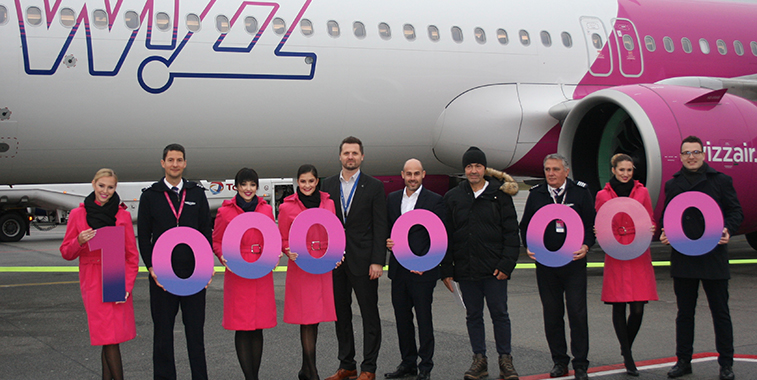 Wizz Air has passed a cumulative 10 million seats at Eindhoven. The ULCC now has 25 routes from the airport, including seven to Poland. New for this year are Doncaster, Larnaca, Milan Malpensa, and Tirana, with each a new base for the carrier. Dean Boljuncic, Eindhoven’s Head of Aviation Development and Partnerships, who is interviewed for this article, is seen fifth from left.

We speak with Dean Boljuncic, Eindhoven‘s Head of Aviation Development and Partnerships, about the airport’s development and future.

Eindhoven grew not only by the number of passengers and operations, but also by average load factor. In 2010, the average LF was 74.5% and it totalled 89% in 2019. This makes Eindhoven a highly efficient airport by reducing its emission footprint per passenger.

The main driver of growth was and still is the ‘Brainport’ metropolitan region, a high-tech region surrounding Eindhoven Airport.

This region has an approximately 20% higher GDP than the average Dutch GDP, which makes the local economy strong enough to yield extra growth in inbound and outbound demand. 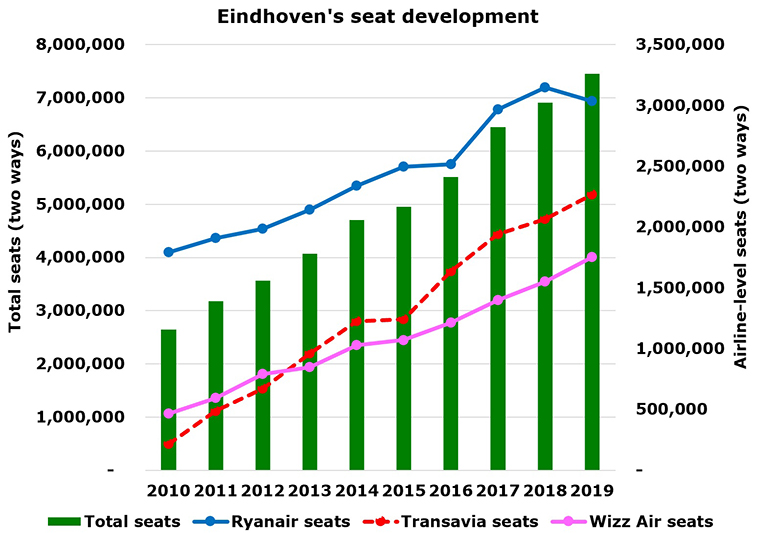 Given coronavirus, how many routes do you currently have operating and what passenger volume? Which airline’s top?

Boljuncic: If we look at the whole of 2020, Eindhoven has lost a few niche and leisure destinations, but at the same time our airline partners also introduced five new destinations.  As such, we should be close to positive zero level in terms of destination numbers and connectivity in general.

Our top-performing airline at the moment is Wizz Air by newly introduced routes, average passengers per ATM, and average load factor.

What are you doing to support airlines given coronavirus?

Boljuncic: Since our airport charges are obliged to follow a consultation process with airlines, we are not able to offer additional discounts. However, what we have done from the start of the pandemic is not charging for long-term parking and we offered extended payment terms to our airlines.

We continue to offer airlines the exchange of information, analysis, opportunities, and mutual support in this crisis. 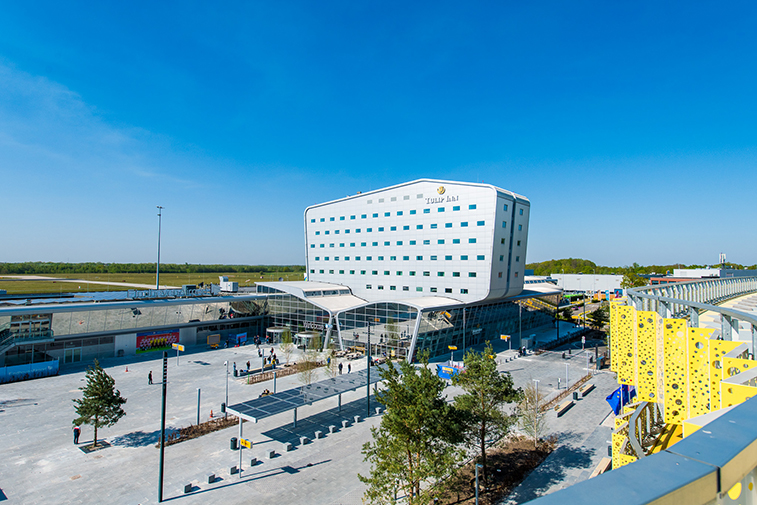 Eindhoven passed 7.5 million seats last year and had an average load factor of 89%.

Eindhoven has a catchment of almost 39 million within two hours. How many of the airport’s passengers start or end in Amsterdam and NWR, which includes Dusseldorf?

Boljuncic: Correct, within two hours there are almost 39 million people, but we believe that our real catchment is within a one-hour drive. We have more than seven million living in this radius.

There are also a certain amount of passengers using Düsseldorf and Brussels for their long-haul destinations and destinations that are not served from Eindhoven.

On that note, the majority of our passengers fly frequently from Eindhoven and they tend to use other airports if their desired destination is not served properly from here. 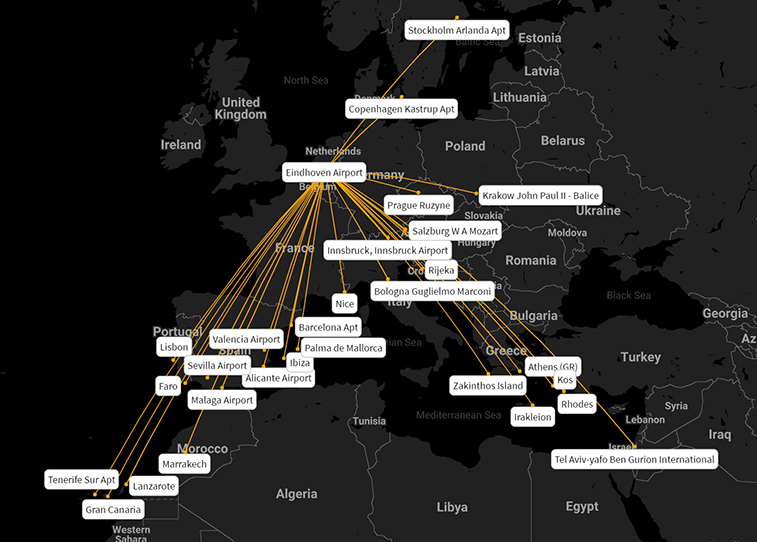 Ryanair, Transavia, and Wizz Air are your top airlines, with around 95% of capacity. As Wizz Air is increasingly adding Western European bases, do you expect Eindhoven will be a base too?

Boljuncic: This is a possibility, but currently we are close to our slot capacity. However, this is something that is in line with our long-term strategy both from connectivity and as an environmental perspective, as Wizz Air embodies a modern fleet that supports us in lowering both our noise and emission footprint.

Looking to the future, what is Eindhoven’s #1 unserved route and why?

Boljuncic: This is a very good question and we have to observe this demand from a connectivity perspective.

Hundreds of thousands of passengers with a business travel motive are using other airports, simply because Eindhoven does not have a strong long-haul network.

Within the Brainport region, multinational companies are in need of long-haul travel. As such, to attract those working in the high-tech industry, it is important that we offer good connectivity.

Furthermore, the city of Eindhoven and the region of North Brabant (home of Vincent van Gogh) is becoming a tourist hotspot in the Netherlands, with more and more people visiting our beautiful region.

This is why we are claiming that our number-one unserved destination is not only a point-to-point destination, but also a destination which makes connection flights possible, both inbound and outbound.

We would like to be connected to London Heathrow or Munich, both strong for P2P, but also airports with strong worldwide connectivity. 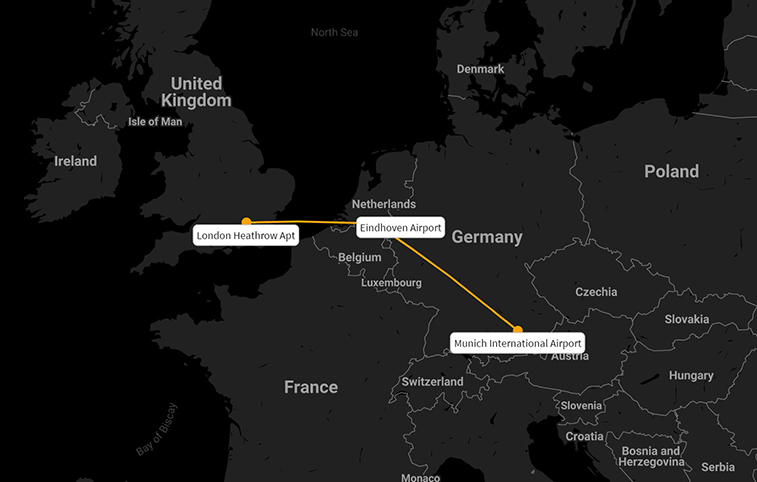 Eindhoven seeks Heathrow and Munich because of the strong connectivity over them together with decent P2P demand.