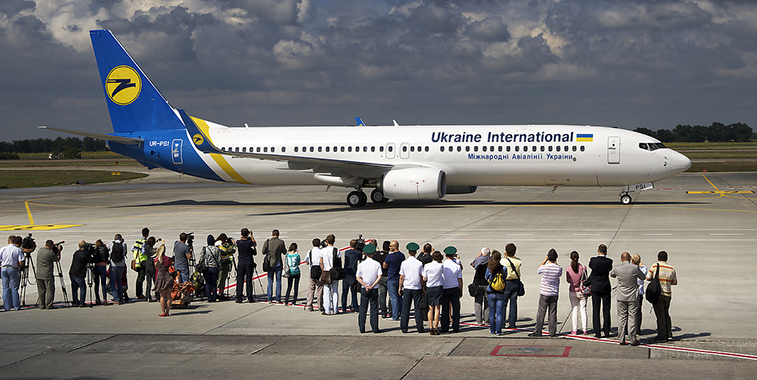 Ukraine International is to restart Kiev – New York JFK on 9 December after it suspended scheduled service to the US airport back in March.

It will be operated twice-weekly using B737-900ERs with a technical stop in Keflavik until the end of W20.

This is in distinct contrast to the five-weekly, non-stop service by 361-seat B777-200ERs operated in March before coronavirus. And in summer months it is a once-daily B777 service, which is expected to resume from 1 April 2021.

Despite its Keflavik stop only increasing distance by 65 kilometres as the crow flies, the elapsed time will increase by 2h 40m westbound (to 12h 35m) and by 2h 25m eastbound (to 11h 20m).

The balance between rightsizing for demand during a pandemic let alone during winter, good economics, and a competitive offering is an intriguing one. 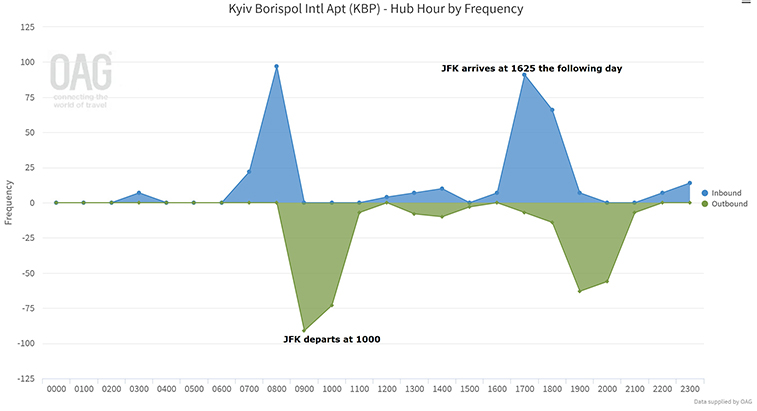 Ukraine International’s operation at Kiev Borispol has an extraordinarily pronounced wave structure, with this based on the week starting 1 April 2021. And it’s no joke. Not surprisingly, JFK fits in well to maximise connectivity, with 73% of passengers (local JFK and bridging) connecting over its hub. Source: OAG’s bank structure analysis.

Ukraine International serves only two destinations in North America: JFK and Toronto.  The former began in 2014 and the latter in 2018, initially by B767-300ERs but progressively by B777s.

We last examined the airline’s development back in 2018.

The transatlantic market remains a small part of Ukraine International’s operation, amounting to just under 4% of its total seat capacity last year.

However, the carrier has said in recent years that it also wishes to serve Miami and Chicago. If these ever materialise, they will – like JFK and Toronto – revolve around connections. 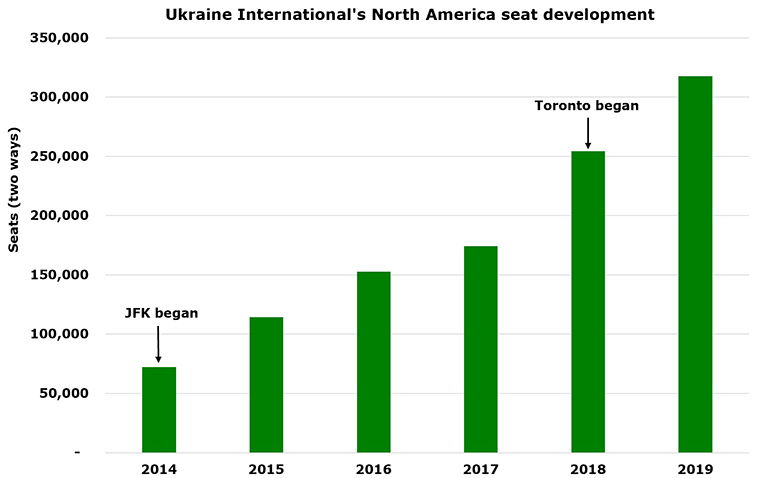 With an estimated 196,479 total passengers, based on MIDT booking data via OAG Traffic Analyser, this route had an approximate SLF of 86%.

This is well above the carrier’s system average of 75%, although it is of course just one element of route performance.

The local JFK – Kiev market had around 70,000 passengers last year, down by 9% YOY.  Not surprisingly, Ukraine International was by far the top carrier, with around 60%. 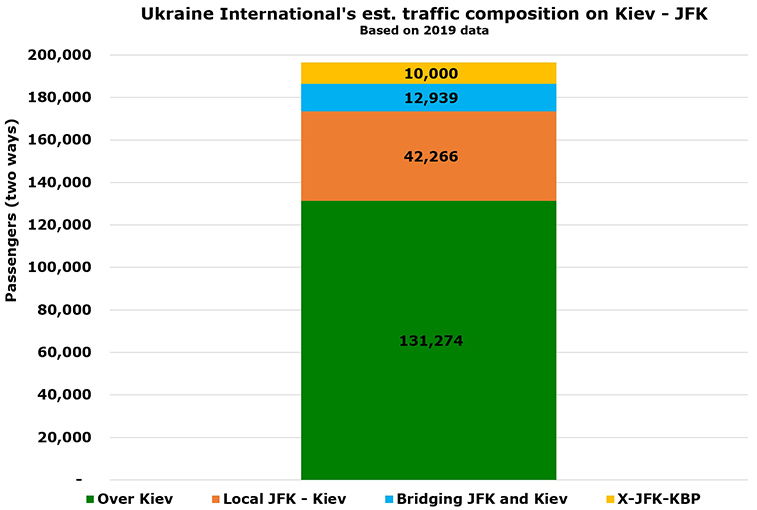 Almost 33,000 transited to other cities in Ukraine, perhaps surprisingly led by Ivano-Frankivsk.

Ukraine International’s network cuts in its quest for stronger financial performance (before coronavirus) has seen multiple airports (and countries) removed from its route map, both within Europe and Asia.

These include Almaty and Minsk, cut in October and November last year, with both Kazakhstan and Belarus featuring in its top-10 list for connections. (Nur-Sultan ended in 2018.)  Given the situation with Russia, Almaty (and Nur-Sultan) were cut because of significant losses unhelped by long detours and the resulting much higher operating cost.

In volume terms, Kazakstan and Belarus were of course small in themselves, but when all cuts are combined, they represent around 10% of its JFK connecting traffic.

It is Tel Aviv that is by far Ukraine International’s leading O&D involving JFK, with almost one-quarter of the carrier’s connecting traffic to/from JFK.

Of course, JFK – Tel Aviv is a huge market, with Aeroflot the top sixth-freedom operator followed in order by Ukraine International, Turkish Airlines, Alitalia, and Swiss.

Booking data suggests that Ukraine International achieved an average one-way fare of just $256 (excluding taxes and a 20-30% fuel surcharge each way), nearly three times lower than the non-stop average from a far higher proportion of economy passengers and almost 40% lower than Turkish Airlines. 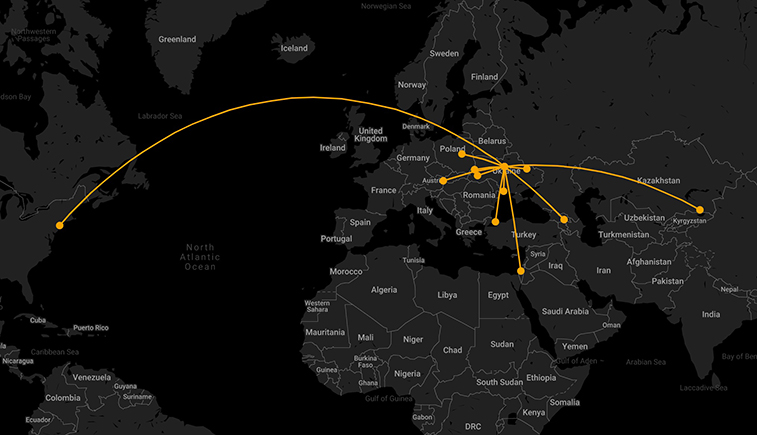