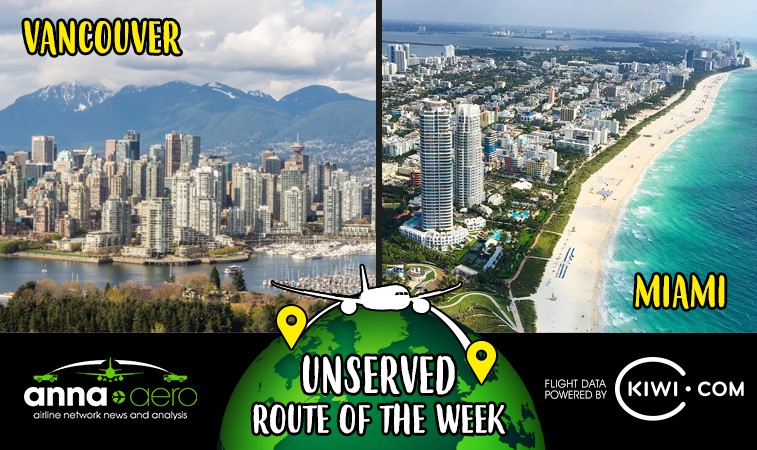 From the mountains of British Colombia to the beaches of Miami and beyond. We look at unserved Vancouver – Miami.

56,000 local two-way passengers flew between Vancouver and Miami in 2019, according to booking data via OAG Traffic Analyser.

It is the “Unserved Route of the Week”. It follows other recent analyses that looked at Tampa – Portland with 404,000 annual searches and Amsterdam – Ho Chi Minh City with 1.2 million.

Miami was the second-largest unserved US market from Vancouver – after Fort Lauderdale.

Fort Lauderdale, up the road from Miami, had traffic of 76,000 last year.  Air Transat‘s new non-stop offering from the British Columbia airport ran between December 2019 and March 2020; it operated twice-weekly using A321neos.

Vancouver – Miami is a strong point-to-point market in itself, with an average one-way base fare of US$305 (excluding taxes and any fuel surcharges and ancillaries).

Miami’s historic point-to-point traffic is supplemented by over half-a-million searches for this route. 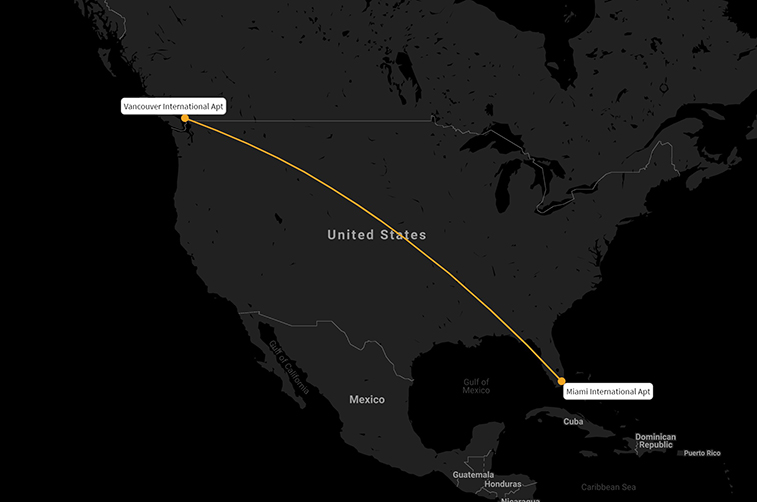 Vancouver to Miami is 4,507 kilometres. This airport-pair has strong point-to-point traffic and could capture a meaningful quantity of Latin American demand together with Fort Lauderdale traffic. Source: OAG Mapper.

Kiwi.com – which has more than 100 million searches globally every day – had 567,000 searches for Vancouver to Miami last year.

The peak search month (January) had 48% more searches than the lowest (September).

Its data also indicates the origin of searches.

Between January and September, the Vancouver end of the market was responsible for between 50% and 57% of all searches.

It gradually decreased as summer approached, with searches almost fifty-fifty between May and July.

Vancouver’s peak in July and August was the result of the heightened demand for cruises from Miami.  However, this was dampened by those in Miami keen to visit the mountains and nature of British Columbia.

Kiwi.com data, which provides very powerful intelligence for new route opportunities and underserved markets, highlights that the market is perhaps not as winter-seasonal as expected. 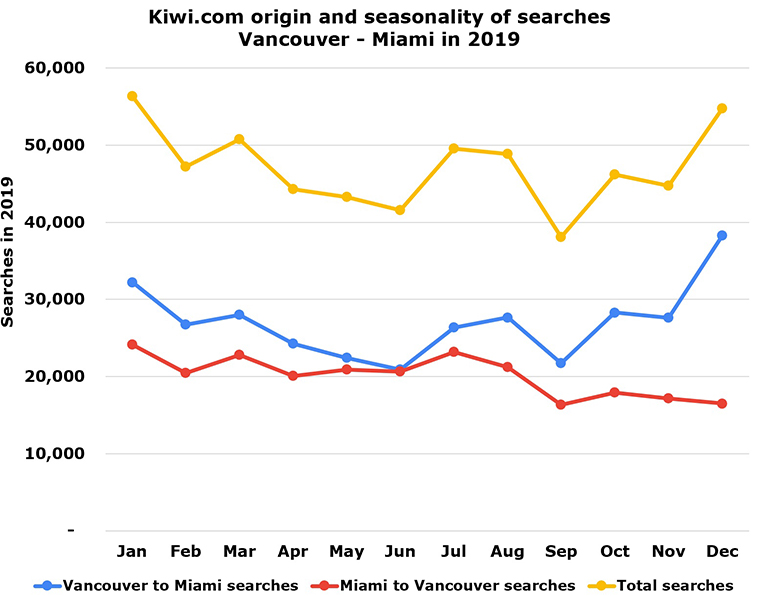 The direction and seasonality of searches for Vancouver to Miami. Source: Kiwi.com.

What Vancouver Airport says about this route

“Vancouver has been analysing the Miami opportunity for quite some time. In fact, this is a common point of discussion at our Routes conferences, and even more so on a strategic level at Vancouver.

“This unserved route represents a missing piece in our strategy of connecting Canada to the world and in connecting Asia to the Americas.

“We are now the largest North American market without a direct service to Miami. With over 77 PDEWs, as well as offering the most access to South America than any North American gateway, Miami is a top market priority addition to Vancouver’s global network.

“While the local Miami O&D demand represents an opportunity in itself, the connecting opportunities for Vancouver’s rapidly growing demand to South America play an equally important role to the overall business case.” 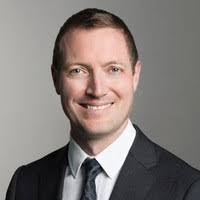 Aside from Cancun, with 262,000, Mexico is excluded here for circuity reasons, as most other demand is to/from Mexico City and the West Coast.

Of these 750,000, around 208,000 flew to/from South America, with Brazil by far the dominant country with nearly four-and-a-half out of ten South America passengers.

Sao Paulo GRU was the single most demanded O&D, with 27% of traffic, followed by Lima with 13%, Santiago with 10%, and both Bogota and Buenos Aires with 8% each.

Vancouver – Sao Paulo is noteworthy.  Not just for the above, but also because it had searches of 561,000 last year, Kiwi.com indicates.

Central America was smallest, with 94,000, with San Jose, Costa Rica, by far the most important.

Top-demanded O&Ds between Vancouver and South America, Central America, and the Caribbean that are served by American Airlines from Miami.  In Mexico, only Cancun is included. Source: OAG Mapper.

American Airlines most obvious for Miami

Given local Miami traffic and potential connectivity over its Latin America hub, American Airlines is the obvious contender for this route.

Miami has grown reasonably well with American, and it has a 67% share of seats there.

The appeal to American is greater as it had only ~8% of traffic between Vancouver and Latin America (including Cancun).  So it would have less cannibalisation.

The US3 serves Vancouver year-round from Dallas, together with Chicago and Phoenix.  And in normal times, American serves Seattle from Miami up to twice-daily.

Air Canada, meanwhile, is top from Vancouver to South America and the Caribbean, with traffic connecting over Toronto.

Kiwi.com has more than 100 million searches every day globally, providing access to an incredibly detailed dataset of route data, both for existing routes and those that are unserved or underserved.

For more information about how Kiwi.com´s airport data insights product can benefit you, please contact airports@kiwi.com.