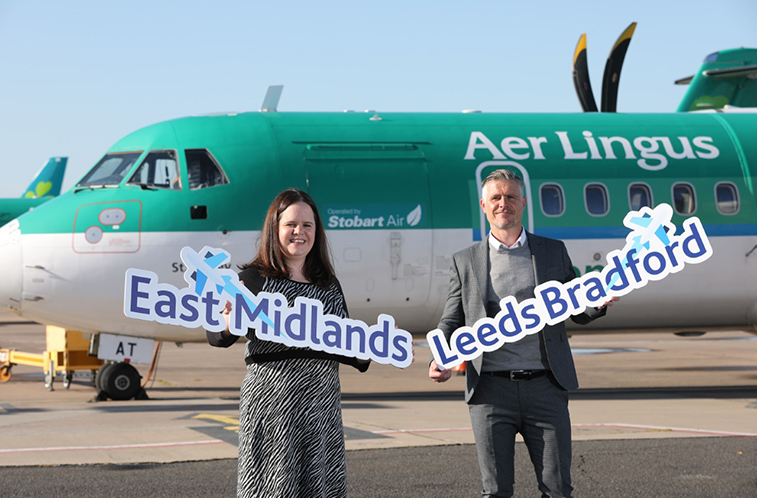 These are the carrier’s fifth and sixth new routes from Northern Ireland’s downtown airport, with both replacing flybe.

Both new routes initially operate 11-weekly, before rising to 16 later this month.  They will then have up to three daily services, with day trips possible in both directions.

“East Midlands and Leeds Bradford have always been popular routes served from Belfast City Airport and we have no doubt that their return will be welcome news for many.

Although these are domestic routes, we recently looked at flybe’s international routes and found that 78% are still unserved.

“We are delighted to welcome the inaugural service with Aer Lingus Regional to Belfast City Airport.

“The connection between the two great cities of Leeds and Belfast is an important one for all travellers, simultaneously providing a reliable day return product for passengers and supporting access to the breadth of tourism opportunities available both in Yorkshire and Northern Ireland.”