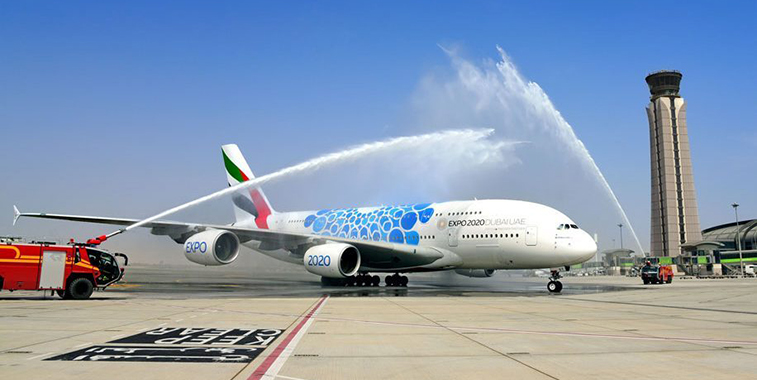 Dubai – Heathrow is now the world’s top international route, with both Emirates and BA serving it after Virgin Atlantic ended it in 2019. Last year, Emirates began a twice-daily A380 service to Muscat, a distance of just 349 kilometres.

Dubai – Heathrow is now the world’s top international route by ASKs.  This is based on the week beginning 30 September 2020 using OAG schedules data.

It rose from fifth place in the same week in 2019, despite ASKs being down by nearly half.

This pushed Heathrow – New York JFK off the top spot to fifth. This follows most Europeans being banned from the US because of coronavirus, and Americans needing to quarantine in the UK for 14 days.

The world’s top-20 international routes now have almost 1.91 billion ASKs.  This is down by 64% from 5.25 billion in the same week last year.

What is much more interesting – but perhaps not particularly surprising – is how the composition of the top-20 has temporarily changed significantly because of coronavirus.

If Reunion, Martinique, and Guadeloupe were sovereign countries, rather than parts of France, 15 new routes would have featured this year.  Paris Orly – Reunion would have been first by ASKs, Orly – Pointe-à-Pitre fifth, and Orly – Fort-de-France ninth.

This year, Amsterdam – Singapore crept in at 20th, but with 135 million fewer Asks than #20 last year.

World’s top-20 international routes by ASKs: then and now

Dubai to Heathrow top; one of just three to rise YOY

The new leading route globally, Dubai – Heathrow, had almost 55 million fewer ASKs in this one week than number-20 did last year.

Dubai – Heathrow is one of just six routes that were on both lists.

And along with Chicago – Heathrow and Los Angeles – Seoul, it is one of only three to rise YOY, although obviously with far lower output.

Heathrow – Dubai currently has 38 weekly departures, down from 61 in the same week last year.

This compares with Emirates’ 42 departures last year and BA’s 19.  Emirates used all A380s, making Heathrow – Dubai by far the world’s top A380 route.

We recently found that Heathrow was Emirates’ second-largest O&D from Lusaka, which resumed service on 4 September.

With Pakistan the third-largest country for Emirates from Heathrow, it’ll be interesting to see what impact BA’s coming Lahore service will have on the MEB3. Likewise Virgin Atlantic’s new Islamabad and Lahore routes. 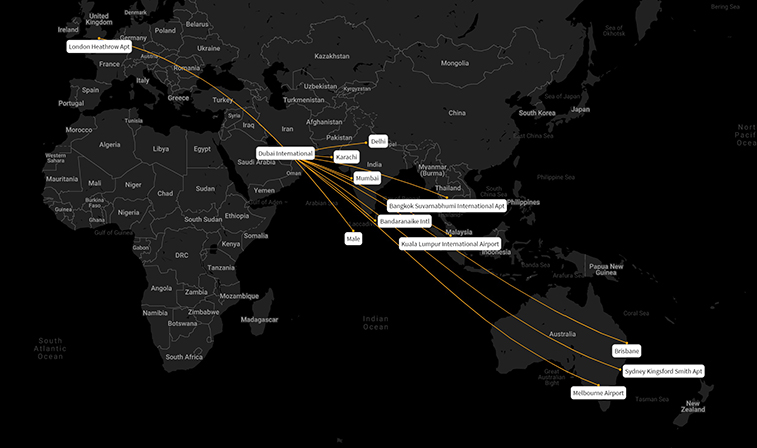 Dubai – Heathrow is in normal times by far the world’s top A380 route. An estimated 56% of Emirates’ Heathrow passengers connected over Dubai in 2019, with these the carrier’s top O&Ds. Source: OAG Mapper.

Moscow’s fun in the sun

In second place in the week starting 30 September 2020 is Antalya to Moscow Sheremetyevo, with its ASKs up by 17% YOY.

Given coronavirus, this growth is because Russians – like other nationalities – have shifted to countries that enable easier summer sun.

That said, Russians have been fundamental to Antalya for years.  The Turkish resort revolves around German and Russian tourists, with those from Russia overtaking last year.

In this week, Antalya to Sheremetyevo has 84 departures across seven airlines.  This is up from 70 and three carriers last year, OAG data shows.

At city-pair level, Moscow has Antalya service from Sheremetyevo, Domodedovo, Vnukovo, and Zhukovsky (the latter is not a Moscow airport for bilateral purposes). There are 174 departures in all, around 25 daily. 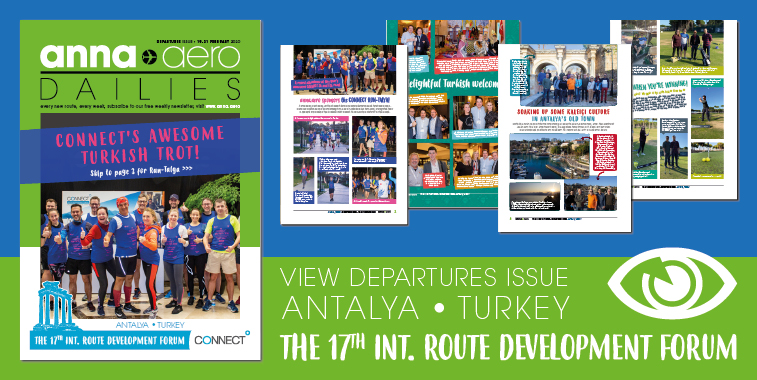 Antalya was the location for CONNECT 2021. anna.aero covered the event with two Show Dailies, available here.

Amsterdam, Doha, Atlanta new to list – with 9 of the 20 routes

Amsterdam, Doha, and Atlanta made the list this year, with four, three, and two routes respectively.

In early October, Delta will have 8,359 flights and 151 routes at Atlanta.

The loss of the 14 routes from last year includes the only one involving South America: Buenos Aires to Madrid.

This 10,062-kilometre route had 35 departures a week last year across Aerolíneas Argentinas (14), Iberia (14), and Air Europa (7).  Now there are only six weekly departures.

Due to Australia’s quarantine and strict rules about entry, four routes involving the country fell out of the list: Singapore – Sydney, Los Angeles – Sydney, Melbourne – Singapore, and Dubai – Sydney.

This week we interviewed Brisbane’s Executive GM about the airport’s future.  Singapore is a key route that they can’t wait to restart.

Now there are almost none.