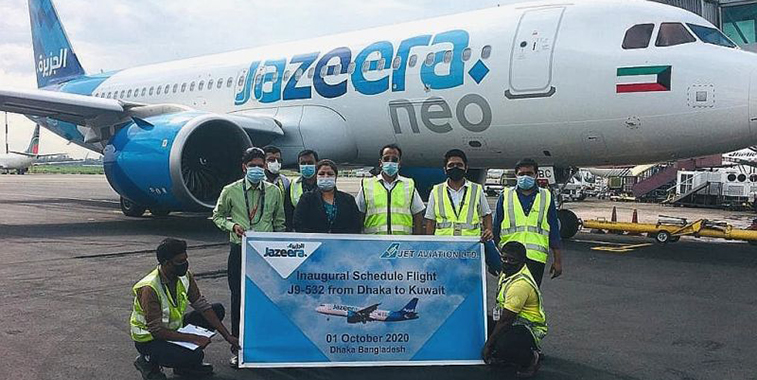 225,000 flew between Kuwait and Dhaka on a point-to-point basis last year, MIDT booking data via OAG Traffic Analyser indicates.  This was down by 6% YOY as a result of a 3% increase in average one-way base fare to $177 (excluding taxes and 20-30% fuel surcharge each way).

For now, however, Jazeera is the only operator.

In normal times, Kuwait Airways revolves around connections over Kuwait to/from the Bangladeshi city. In the calendar year 2019, over 230,000 connected with it – led by Saudi Arabia by a very significant margin. Jeddah was by far the carrier’s top O&D.

We recently looked at the top-15 unserved routes from the Bangladeshi capital.