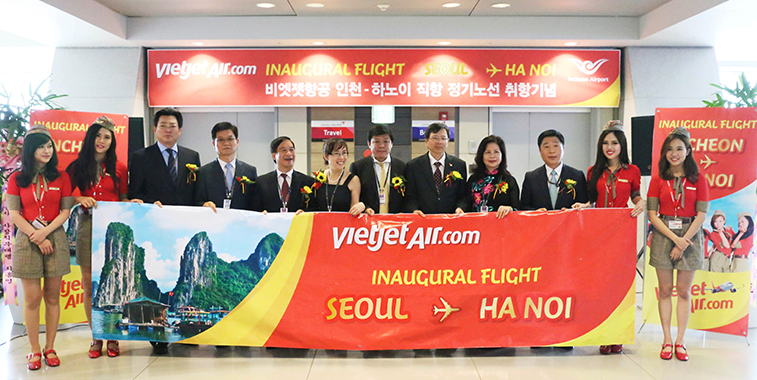 Hanoi to Seoul Incheon is by far the Vietnam capital’s top international route, with over 1.6 million passengers across nine airlines in 2019.

All but one route from Hanoi – Paris CDG – was within Asia.

It’s no surprise that fares fell YOY on all but one of these 20 routes, with Kuala Lumpur the sole exception.  Traffic fell by 51,000 from Malindo scaling back, pushing up the average fare.

With over 1.6 million passengers last year, Seoul Incheon was clearly by far the largest market.  Its popularity – and that of Pusan – is driven by South Koreans being a crucial source of tourists in Vietnam – and a very fast-growing one.

Hanoi’s top-20 routes had an average of 3.2 airlines per route in 2019.  Seoul was by far the top with nine.  Shanghai Pudong, Paris CDG, and Nagoya, by contrast, had just one operator.

In late December 2019, after Air Seoul entered, Hanoi – Seoul had 97 weekly one-way frequencies.  Of these, almost six in ten were by widebodies, led by Korean Air with its B777-300ERs.

Come the same week in 2020, airline websites show that 63 weekly departures are expected to operate.  This includes up to five departures between 2300 and 2359 alone across five airlines. 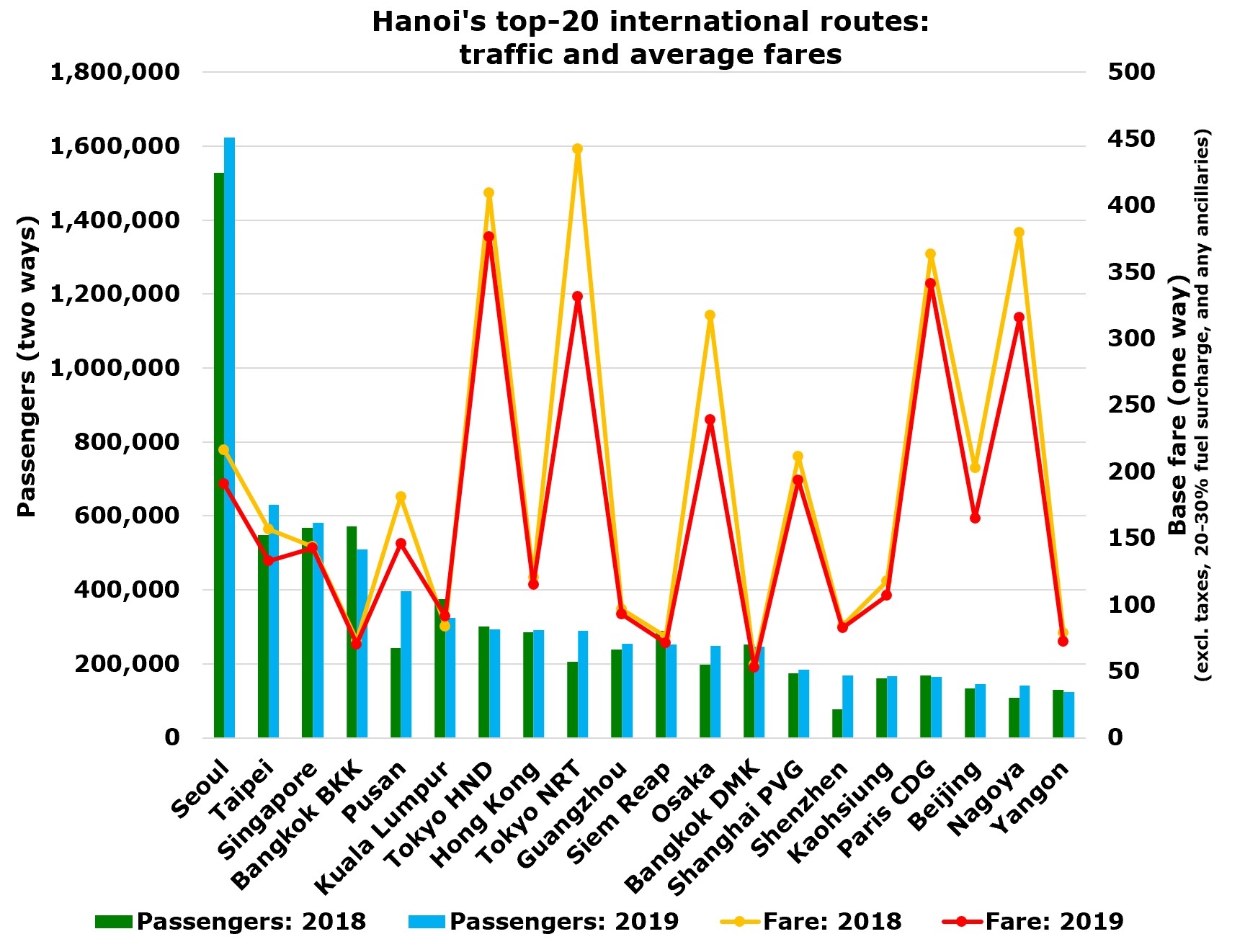 Tokyo Narita was Hanoi’s ninth-largest international market last year.  Its very strong traffic growth – up 40% YOY – was the result of the joint-biggest fare drop of 25%.

This was because VietJet, Vietnam’s independent LCC, began Narita in January 2019, with the 3,718-kilometre route operated once-daily using A321s.

In contrast, the average absolute fare reduction across all 20 routes was just $24.

But it is perhaps Shenzhen that stands out the most.

This growth was the result of Vietnam Airlines’ entrance in November 2019 and Shenzhen Airlines’ full-year service having started in September 2018.  They joined China Southern, which only entered in 2017.

It’s interesting that such big increases in capacity didn’t have a greater impact on fares.