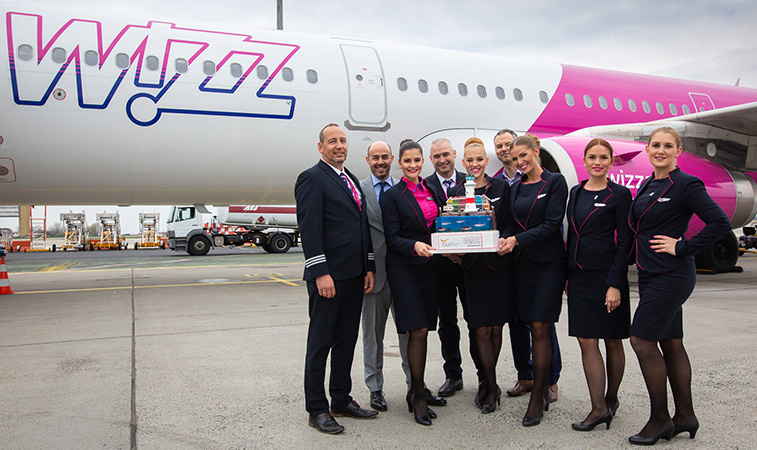 Wizz Air will begin its first base in Scandinavia on 5 November. Its initial three routes will have 35 weekly frequencies but will double in December as a second based aircraft arrives.

Wizz Air has today (6 October) revealed that its next base will be in Oslo, its first in Scandinavia.

Is Wizz Air sensible to begin these routes?  Vote at the bottom of the article!

Oslo materialises as the ULCC continues to shift aircraft around. It also reflects its network increasingly moving towards Western Europe and as it becomes more attracted to domestic markets. 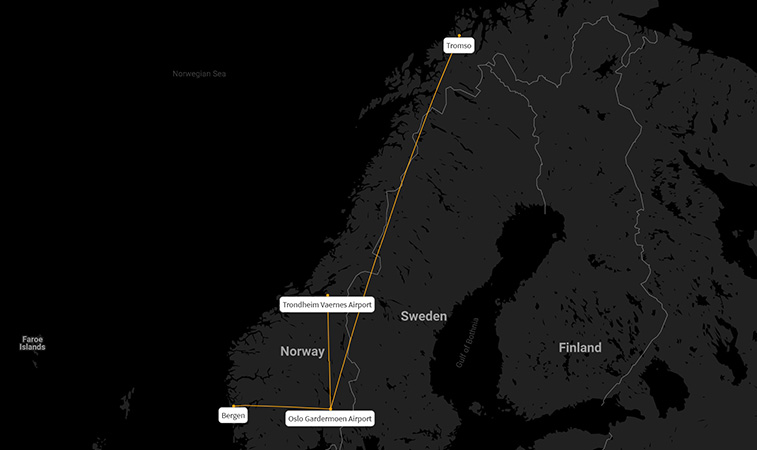 Wizz Air’s (initial?) three domestic routes are from Oslo to Bergen (326 kilometres), Trondheim (364 kilometres), and Tromso (1,119 kilometres). All airports are already in Wizz Air’s network. These routes are the first, second, and fourth-largest domestic from Oslo.  Stavanger (342 kilometres) is third.  Will it materialise? Source: OAG Mapper.

Two aircraft base from December, with frequencies doubling

Wizz Air’s new Norway base will open on 5 November with an initial one based aircraft and three domestic routes: Bergen, Tromso, and Trondheim.

Collectively, they’ll have 35 routes initially, but frequencies will double in December when a second A321 arrives.

Wizz Air’s entrance will throw struggling Norwegian further into the limelight. Norwegian’s strongest-performing geographic area is the domestic Norway market, from which it has increasingly moved away in recent years as it expanded elsewhere.

When Wizz Air’s frequencies are combined with those of Norwegian and SAS, they’ll collectively have 303 departures from Oslo in the week starting 5 November. This is down from 445 offered by the incumbents in the same week in 2019.

Despite serving Norway for 14 years, it has only been in recent years that Wizz Air has grown quickly there.

It is hardly surprising that Poland is by far Wizz Air’s top country, with over 1.6 million seats to/from Norway last year.  Poland had seven in ten of its seats, the result of Poles being the largest immigrant group in the country. 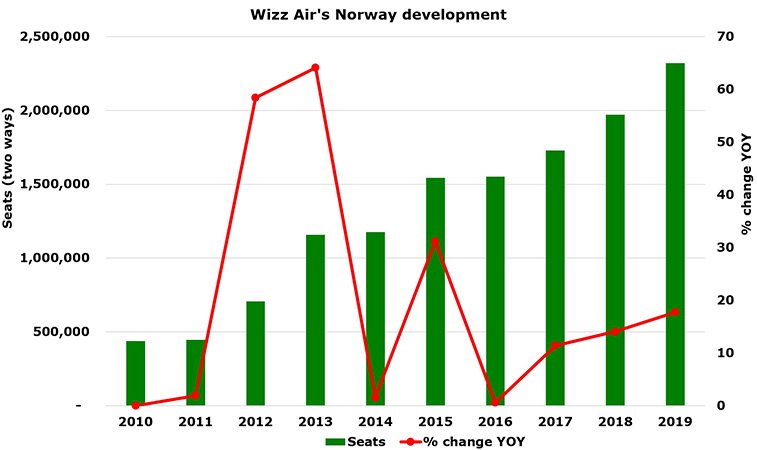