KLM and Lufthansa to BOTH begin Zanzibar; fast-growing from Europe 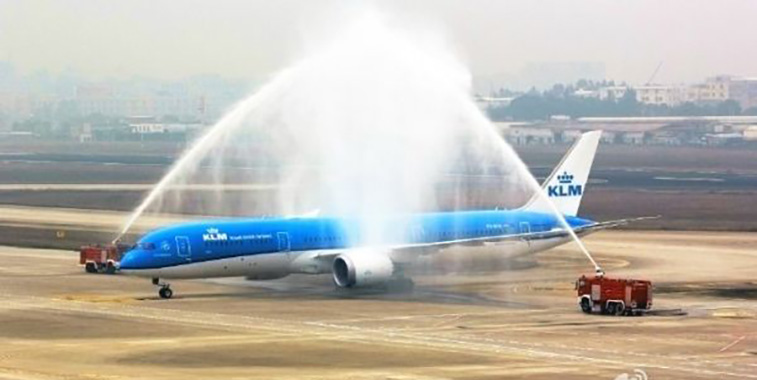 KLM is to begin Zanzibar on 10 December 2020, followed by Lufthansa from Frankfurt on 31 March. Zanzibar will be KLM’s sixth destination in East Africa after Dar Es Salaam, Entebbe, Kigali, Kilimanjaro, and Nairobi. And it will be Lufthansa’s fourth, after Addis Ababa and Nairobi and, also coming, Mombasa.

KLM and Lufthansa are both to begin Zanzibar, Tanzania, and both carriers will have direct competition.

Lufthansa, meanwhile, will launch Frankfurt – Zanzibar on 31 March.  Its twice-weekly offering by A330-300s will be via Mombasa – also new – in both directions.

KLM’s announcement builds on Cairo, Cork, and Southampton so far starting/restarting in 2020. These will be joined by Poznan from 25 October and Riyadh from 7 December.  Austin is now expected to begin in 2021.

Lufthansa is focusing more than ever on the local German market, hardly surprising at the moment. Indeed, in 2020 it has started Gran Canaria, Rhodes, and Tenerife South from Frankfurt.

KLM and Lufthansa latest to Zanzibar; market has grown strongly

Neos was the largest European operator to the Tanzanian island, with 107,000 seats.  The second was Turkish Airlines, which began Zanzibar in 2016; this airline accounts for most of the recent growth.

Zanzibar was linked to 12 European airports in 2019, so pre-coronavirus.  Milan Malpensa was by far the top with three in ten seats.

Not surprisingly, Italy was the leading country for non-stop service to Zanzibar, with four Italian airports having just under half of all seats.  Germany was third after Turkey. 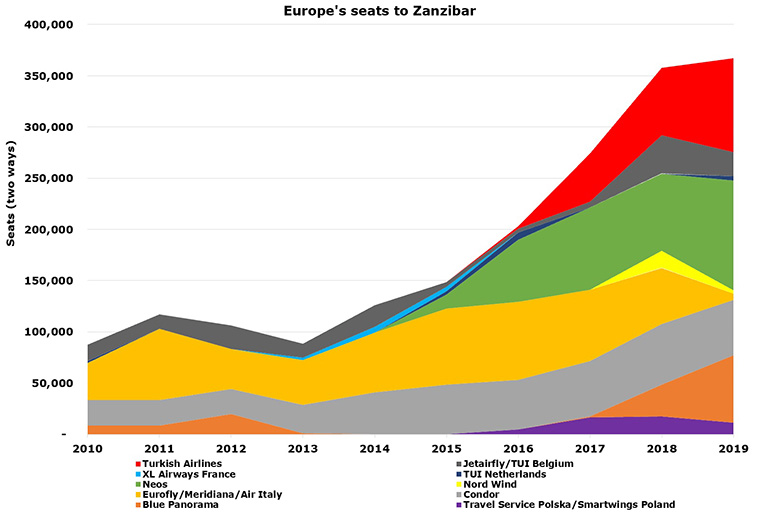 Aside from non-stops, discussed above, sixth freedom operators were also key to Europe.  In particular, Ethiopian Airlines, flydubai (and also with Emirates to Europe), Qatar Airways, and Turkish Airlines.

We explored Ethiopian’s network in February.

flydubai, meanwhile, had a 14-weekly service.  Of these, seven terminated in Zanzibar, while the other half continued to Dar Es Salaam and back via Zanzibar.

We looked at flydubai’s closer-than-ever relationship with Emirates earlier this year.

Across all carriers, the largest unserved European markets were Paris, London, Vienna, Munich, and Copenhagen, with Paris by far number-one. 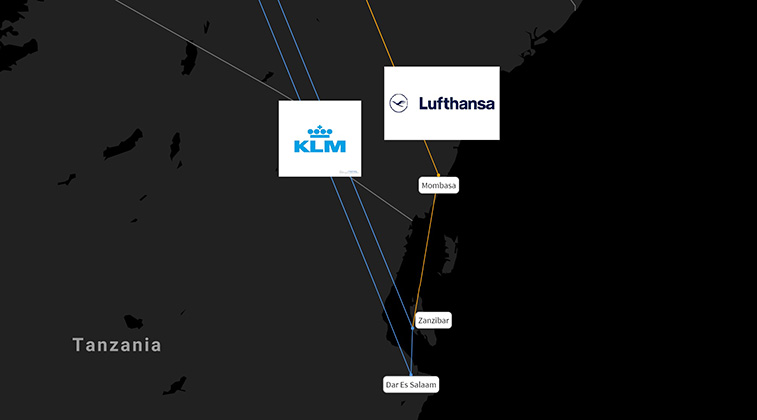