Consultants’ Corner: why is Italy’s domestic market down by ‘only’ 30%? 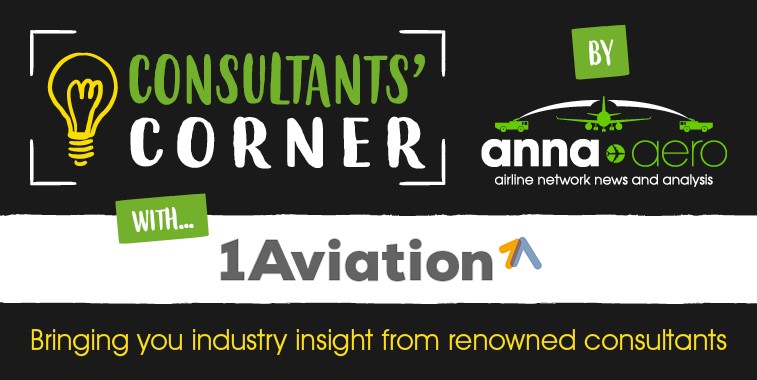 For a country that is 1,300 kilometres long, Italy has 22 airports with more than one million passengers each – a staggering number.

In 2019, 193 million passengers were carried throughout the country, an overall increase of 4% against the previous year.

And, as with the rest of the world, Italy has experienced a significant drop in traffic, down by close to 70% between January and August.

However, something that not many have noticed is that domestic passengers reduced by ‘only’ 30% in August 2020 versus the same month last year.

This is much stronger than any other EU country and it is very close to China, whose aviation system has had much more time to recover than most other nations.

The Italian domestic bubble, in essence, seems to be working well. But why?

Enzo Zangrilli has had senior executive roles with easyJet, Alitalia, Menzies Aviation, Aviapartner, and private aviation companies in the Middle East. After working for Trieste Airport as Commercial Director, Enzo opened an international aviation consultancy for airports, airlines, and ground handlers. In this article, he gives his views about Italy’s domestic aviation market.

Italy has the EU’s highest LCC penetration, and the point-to-point nature of them has helped its recovery. This is in contrast to the dramatic drop in feeder traffic to intercontinental hubs as a result of travel restrictions.

Why Italy? With Alitalia in special administration since 2017, and therefore with a very weak full-service carrier, the likes of Ryanair – Italy’s top domestic operator – easyJet, Volotea and, now, Wizzair have found a fertile market to grow.

How do we explain the entry of Wizz Air in Italy with the opening of two bases at Milan Malpensa and Catania?

Basing seven A321s in Italy during the pandemic seems to be brave even for optimistic and confident Hungarian carrier. But it is positioning itself.  And if they managed to fill 232 seats on its first domestic flight, you would think they are doing something right.

Many of the routes announced by Wizz Air are domestic, in direct competition with easyJet and Ryanair; Malpensa to Catania and Catania to both Venice and Bologna, for example.  And capacity is being sustained at the moment by aggressive pricing, even €4.99 one-way, which helps to explain the high load factor.

The first result of this all-out war is that easyJet has closed its base in Venice (for the full IATA winter season) and Naples (until December 2020).

Ryanair, in turn, has reduced its prices even further against Wizz Air, and it is increasingly challenging Volotea from Naples (where they both have bases) to the Northeast (Trieste) and Northwest (Genoa). 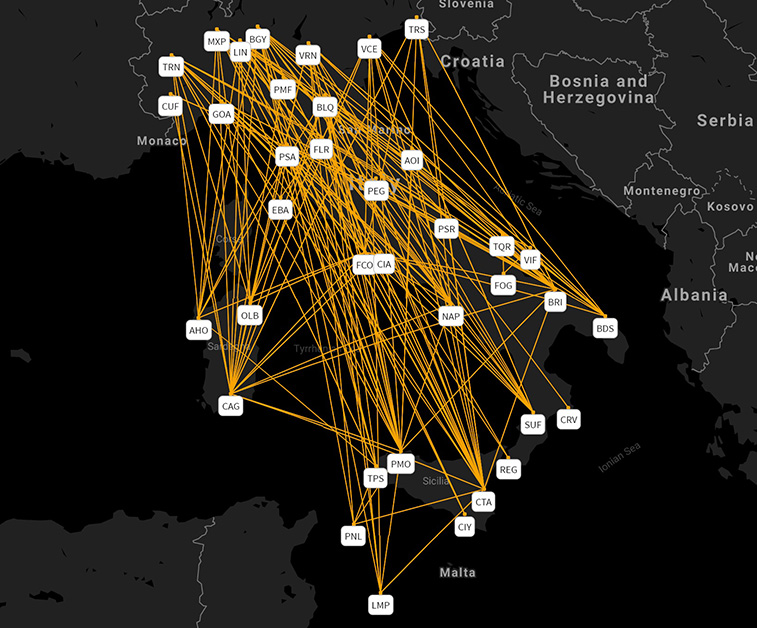 Domestic customers are currently blessed with extremely low fares and airports are getting some fresh air, at least in terms of non-aeronautical revenues.

After all, deals with Ryanair and Wizz Air must have taken heavy tolls on their aeronautical revenues.

In the medium term, when sizable European air corridors are open, it is not difficult to predict that Ryanair and Wizz Air will emerge as credible winners.

It remains to be seen what will happen to easyJet in Italy, which – Malpensa aside – has not given the orange carrier the same satisfaction of France and Switzerland, among others.

The Italian domestic bubble has had even more astonishing surprises during coronavirus.

These include new entrant TajaranJet, which started domestic routes to Bologna from both Catania and Palermo.  And it has just been awarded PSO routes from Trapani, also on Sicily, to Trieste, Genoa, and Perugia.

Another brave start-up will commence operations this winter from both Florence and Forli using Embraer 190s/195s.  Forli is in-between Bologna and Rimini.

The domestic Italian bubble has caused much-needed optimism.  But will it last?