Blue Air takes off from Bucharest to Amsterdam; route now has 3 carriers Blue Air began Bucharest – Amsterdam on 9 October, with a four-weekly service. Its entry will break up the long-standing duopoly between KLM and TAROM.

We last looked at Blue Air back in August.

The carrier currently operates the 1,788-kilometre Bucharest – Amsterdam service four-weekly, its website shows. This is down from its initially expected once-daily.

It joins a 13-weekly offering by KLM and a daily service by TAROM.

There are now 24 weekly flights each way between the two, down from 35 in the year-ago week.  TAROM’s schedule has halved.

Blue Air currently has 22 international routes for sale from Bucharest. 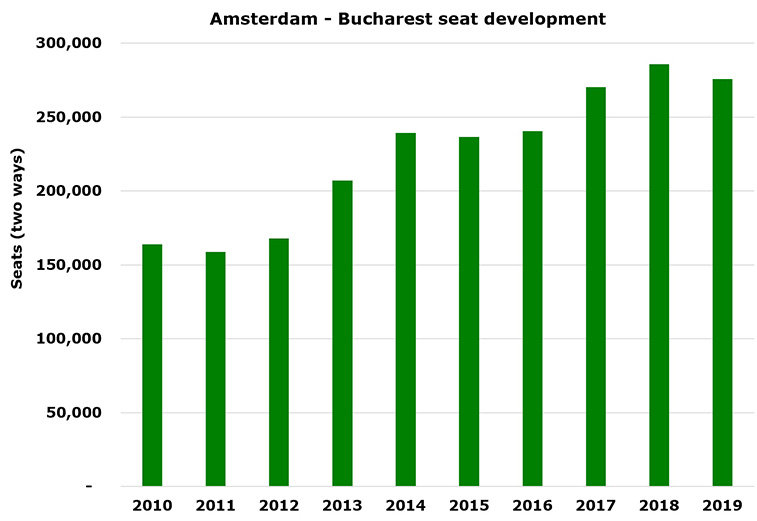