Boeing 747-400s: top airlines and routes in this decade 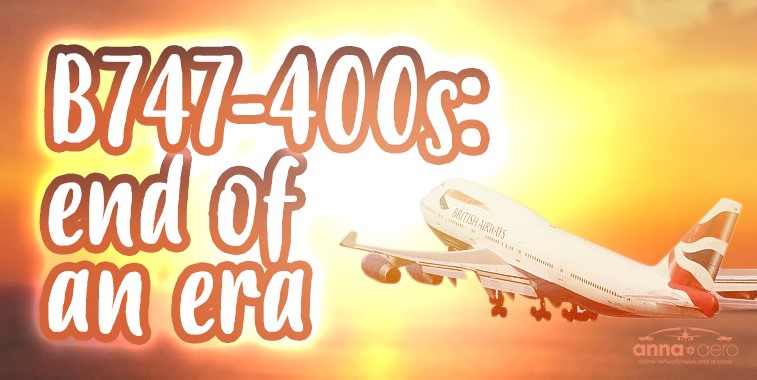 The primary reason is clear: the end of the type by British Airways, Virgin Atlantic, Qantas, and Corsair, with coronavirus speeding up retirements.

Qantas and KLM ended B747-400 operations on the same day.

The position of Lufthansa’s B747-400s is less clear, but they are more or less retired.

And it is also obviously part of the fully understandable continuing move to twins.  Pre-coronavirus, seats by quads were down by 41 million since 2010 as new(er) twins were up by 605 million. 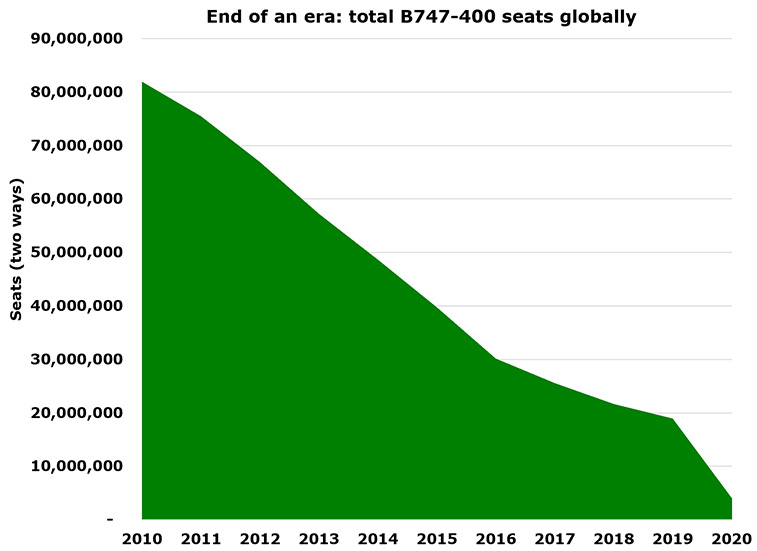 If Boeing 747-400 seats between 2010 and 2020 are combined, British Airways was by far the number-one operator of the type. Lufthansa was second and China Airlines third.

British Airways had 75 million seats by the type in this decade, or 16% of the 470 million.  Its share was double that of Lufthansa, OAG schedules data shows.

Lufthansa, meanwhile, used its B747-400s to 20 countries, with the US top. On a city basis, New York led, but it was very closely followed by Mumbai and Denver.  Mumbai was number-one on an airport basis.

Japan and China had just under half of China Airlines’ B747-400 seats, rising to almost six in ten if Hong Kong is included.

Hong Kong was by far China Airlines’ top city of course.  This was followed by Tokyo, Shanghai, Los Angeles, Bangkok, and Osaka – all with about half as many seats each as Hong Kong. 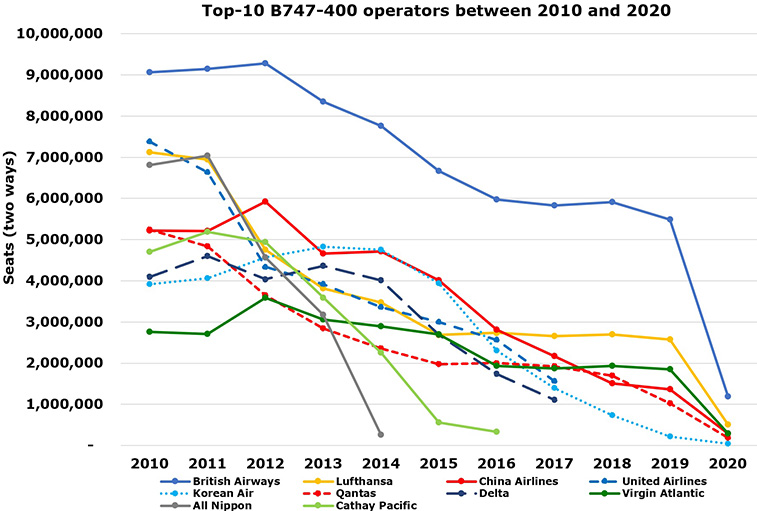 Across all airlines, London Heathrow to/from New York JFK was by far the top Boeing 747-400 route this decade.

It had 14 million seats with British Airways and Virgin Atlantic, the latter operating B747-400s on it until 2017.

Despite Lufthansa being the decade’s second-largest B747-400 operator, it is notable that Frankfurt does not once appear in the top-20 route list.  Frankfurt – San Francisco comes in at 23rd, with both Lufthansa and United Airlines operating the type on it.  Lufthansa ended it in 2014, United in 2017.

USA – Israel is a huge market.  Earlier this year we showed that this country-pair is Turkish Airlines’ second-largest. 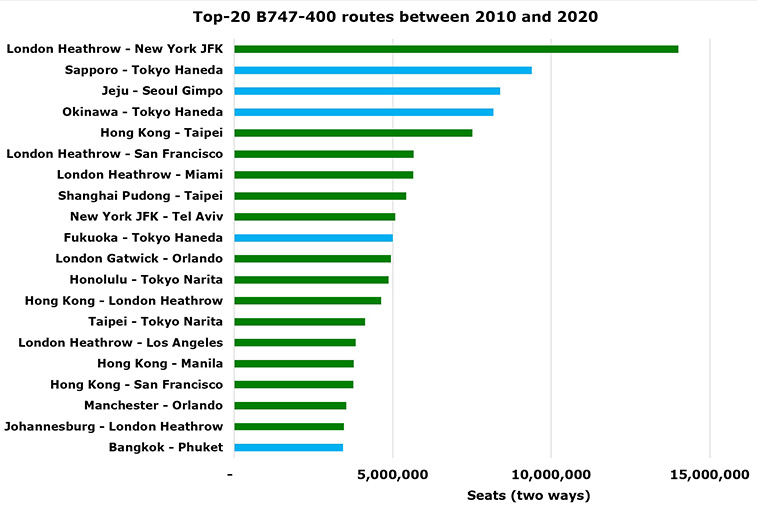