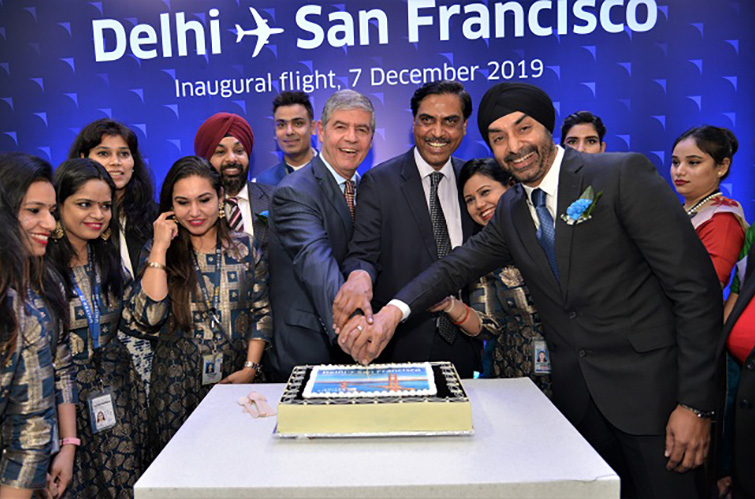 United Airlines began Delhi – San Francisco in December 2019. The Californian airport is Delhi’s third-largest destination in North America and its number-one in the USA.

IndiGo significantly cut Dubai capacity: it was down by 30% as the market adjusted to the loss of Jet Airways.  This was offset by Air India increasing its offering to three-daily, up from two – all by B787-8s.

The average number of airlines across these 20 routes was three, OAG schedules data shows.  Dubai had the most with seven, followed by Bangkok Suvarnabhumi and Kathmandu with six apiece.

In contrast, Vancouver, New York JFK, and Melbourne had one each. Singapore Airlines’ top connecting country-pair is India – Australia, while Vancouver will see a second non-stop operator later this year (see below).

Mumbai had more passengers than Delhi to just three of these 20: Dubai, Jeddah, and Kuwait. 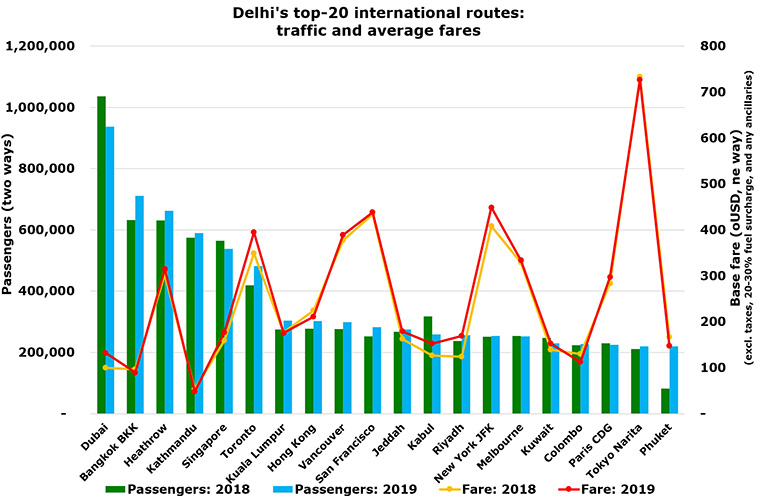 Delhi’s top-20 international routes had an average of three airlines each. Note: fares here are one-way, in USD, and exclude both taxes and a 20-30% fuel surcharge each way. Source: booking data via OAG Traffic Analyser.

Tokyo fare 131% higher than to Heathrow

Narita stands out for its high average one-way fare of $727, booking data shows.  (This excludes taxes and a 20-30% fuel surcharge.)

We previously showed that Hanoi’s average fare to Tokyo was more than to Paris CDG.

And earlier this year, we looked at Dhaka’s top unserved routes, and Tokyo was top by fare per kilometre.

However, it is not yet certain whether these operators will continue year-round rather than simply operating in the current India – UK bubble. 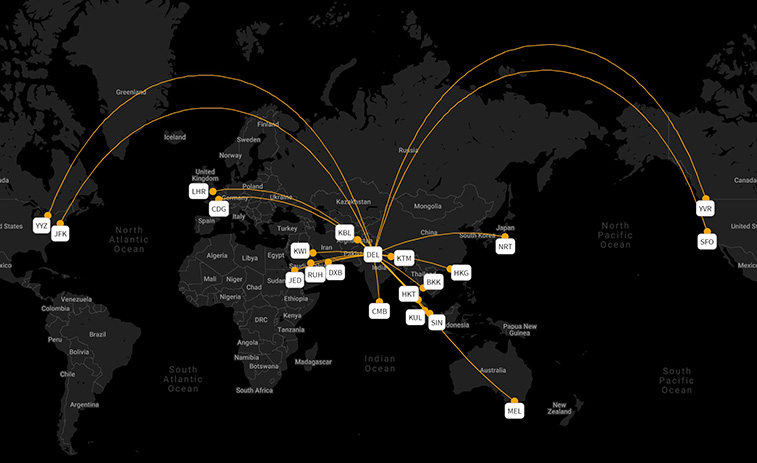 Four North American markets made Delhi’s top-20 list, twice as many as European.

Air India began Toronto in September 2019 because of Jet Airways ending in April that year. Air India joined Air Canada, with 11 weekly departures between them.

Of course, there are a myriad of one-stop options between Delhi and Toronto, with sixth freedom operators having an estimated 65% of the market.

Its announcement must be driven to a large degree by the fact that many sixth freedom carriers are not currently allowed to carry transit passengers from India to North America via their hubs.

San Francisco is Delhi’s top US market, with 283,000 – up by 12% YOY.  This was from United Airlines starting it in December, with this 12,402-kilometre having up to 16 weekly non-stops pre-coronavirus. 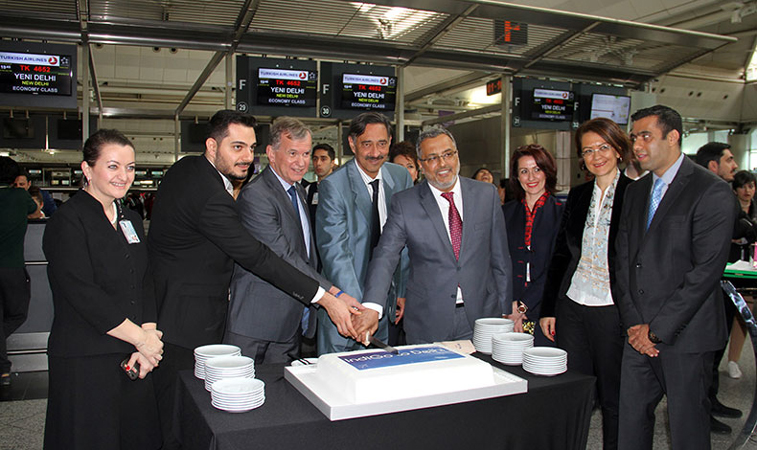 Only two European airports made it into Delhi’s top-20 international list: London Heathrow and Paris CDG. However, an important development in 2019 was the launch in March of IndiGo from Delhi to Istanbul, initially Ataturk and then Istanbul Airport. It operates twice-daily mainly using A321s. After eight months, the route will restart this coming November.