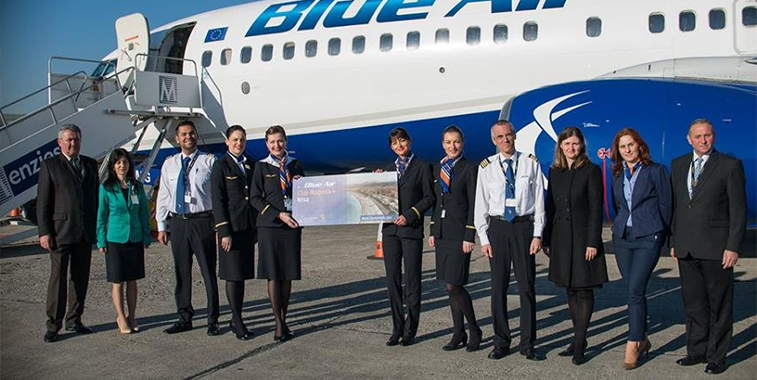 Blue Air has revealed 12 routes from Romania’s Cluj-Napoca, all coming in summer 2021.  They’ll have 27 weekly departures between them.

Five of these – Barcelona, Larnaca, Luton, Madrid, and Milan Bergamo – will have direct competition with Wizz Air.

A further five routes – Amsterdam, Brussels, Cologne, Paris CDG, and Rome Fiumicino – will have indirect competition with the ULCC.

Read now: Cluj was Wizz Air’s third most profitable airport in the year to March 2020.

Amsterdam, Brussels, and Stuttgart are new from Cluj.  And CDG almost is too, except for exceptionally brief Tarom service in 2018.

Paris CDG, Amsterdam, Stuttgart, and Brussels were Cluj’s top-four unserved European O&Ds in 2019. This is according to booking data via OAG Traffic Analyser.

Düsseldorf was Cluj’s fifth-largest. However, with Blue Air starting Cologne – which was operated by Wizz Air between 2014 and 2019 – alongside an existing four-weekly Wizz Air service to Dortmund, Düsseldorf won’t materialise in the foreseeable future.

Interestingly, Cluj will become Blue Air’s only destination served from CDG.  The rest – Bacau, Bucharest, and Iasi – are all from Beauvais. 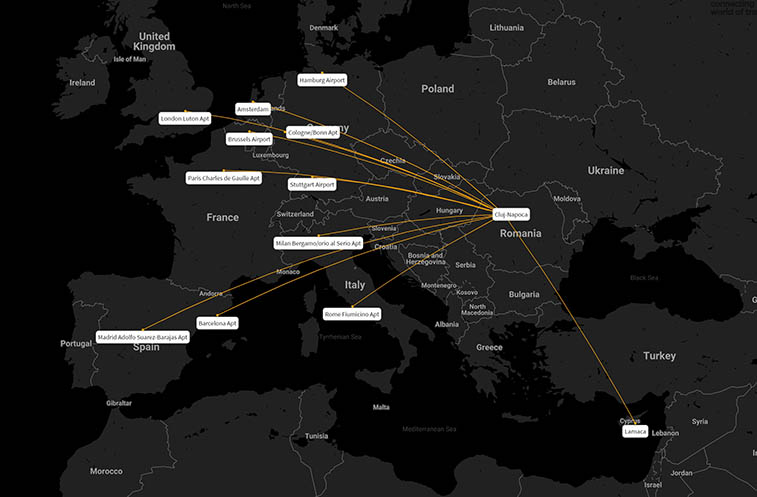 Three of Blue Air’s coming routes from Cluj-Napoca – Brussels, Hamburg, and Stuttgart – will have no non-stop competition, directly or indirectly. Source: OAG Mapper.