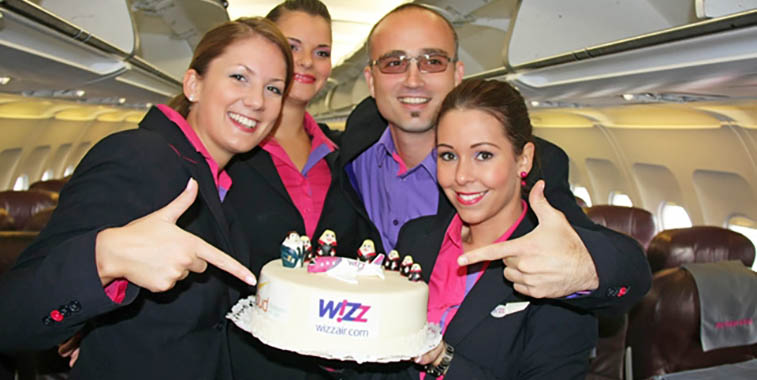 With new bases at Bari and Trondheim, Wizz Air will now have three bases in Italy and two in Norway.

Wizz Air has announced 14 new routes – all domestic – with a total of 93 weekly departures.

These come about from new bases at Bari (one aircraft) and Trondheim (two), together with W routes and additional routes from other new bases.

Both Italy and Norway will have seven of these 14 routes, with Norway seeing 49 weekly departures and Italy 44.

Read more: Italy was Wizz Air’s fourth most profitable country market in the year to March 2020, and Norway its 11th.

Wizz Air will now have three bases in Italy (Bari, Catania, and Milan Malpensa) and two in Norway (Oslo and Trondheim).

Milan Malpensa will have three additional domestic routes (for a total of six), Oslo two (five), and Catania one (five).

Brindisi becomes a new airport for Wizz Air while Lamezia Terme returns.  The ULCC will now serve 18 destinations across Italy and 11 in Norway.

Only two of its coming 14 routes are unserved: Stavanger – Tromsø and Tromsø – Trondheim.

Tromsø – Trondheim will be unserved when Wizz Air begins it.  However, SAS will restart it in April 2021 after suspending it a year earlier.

Wizz Air will compete with Norwegian on just two on its coming seven routes. 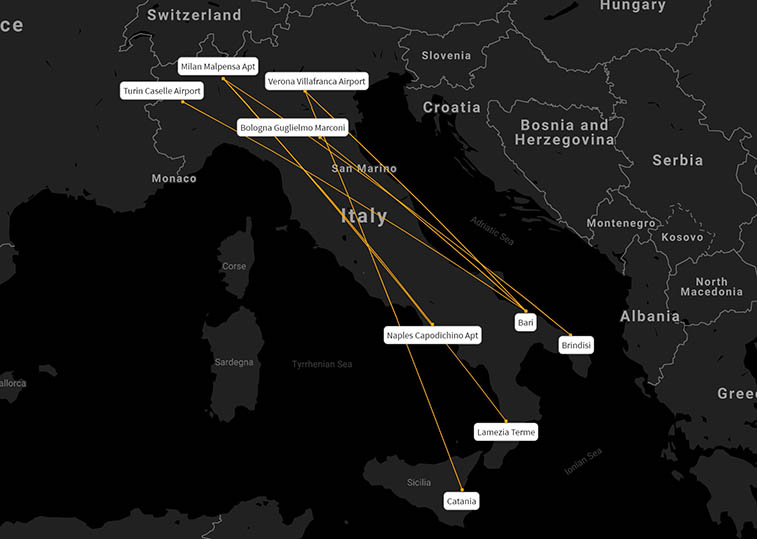 This is fewer than two additional departures a day, but at least it is positive.

In the week Wizz Air starts Bodø – Oslo, this route will be top with 61 departures across four carriers.

Nine routes will have more departures YOY, two the same, and three fewer.

With nine extra flights, Bari – Turin will see the most added.  It’ll now have 18 weekly departures across three carriers.  Will Blue Air continue?

Bari – Bologna and Brindisi – Milan Malpensa are next, with eight additional flights apiece.  This means they will grow by 89% and 55% respectively.

However, Lamezia Terme – Malpensa will reduce by 14 weekly flights YOY (-27%).

This is from the end of Air Italy – which resulted in 17 fewer departures – alongside Ryanair cutting three and easyJet one.  Ryanair and easyJet will inevitably increase their offering in response to Wizz Air’s entry.

Read more: Italy’s domestic market – before the latest developments – was down by ‘only’ 30% YOY. 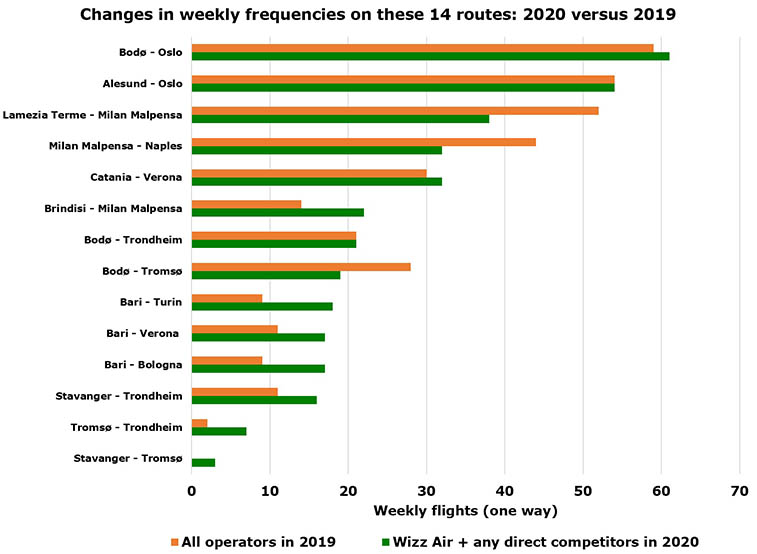 Oslo – Stavanger is the largest remaining route that could be served and which is far enough overland.