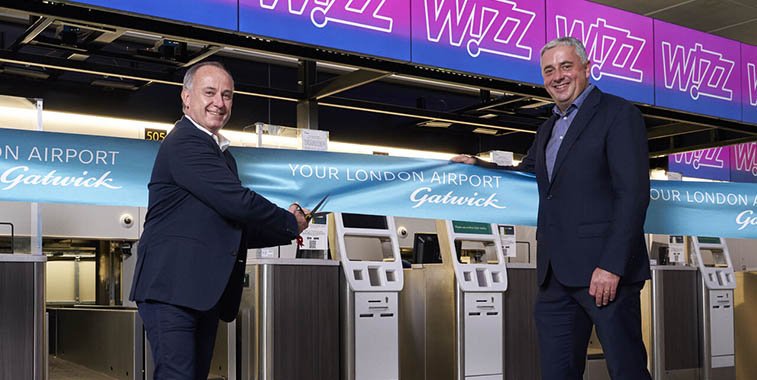 This follows Luton in 2017 and it came a day before its new base at Doncaster Sheffield started.

With one based aircraft at Gatwick, the ULCC began Athens and Naples on its launch day, followed by Lanzarote and Malta the next day.

In all, it has introduced, or will begin, eight new routes from the London this year, both using based and non-based aircraft.  They are: Athens, Fuerteventura, Krakow, Lanzarote, Malta, Naples, Sofia, Tenerife South.

Owaine Jones, Wizz Air UK MD, said: “We want to do more at Gatwick. More Wizz flights means more jobs and a quicker recovery. But we need the slots and so continue to say Yes! to flying and No! to slot-blocking by other airlines who have announced that they intend to reduce or pull out of flying from Gatwick.”