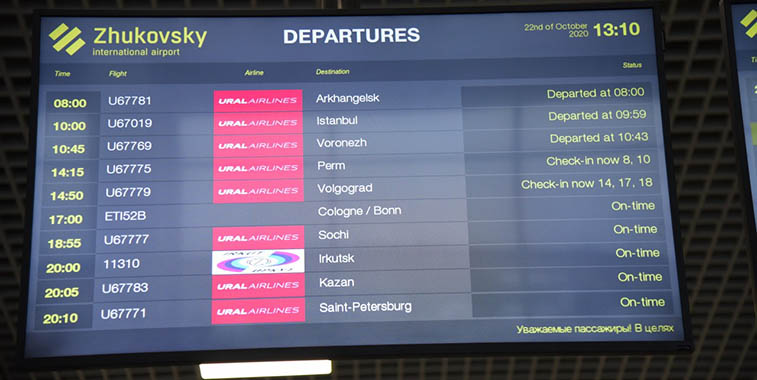 Ural Airlines inaugurated eight domestic routes from Moscow Zhukovsky on 18 October, an important development for the airport which has, until now, been overwhelmingly international.

Ural Airlines began eight domestic routes from Moscow Zhukovsky on 18 October, with 54 weekly departures in all.

As 94% of Zhukovsky’s seats were international last year, OAG data reveals, this is an especially important development.

Zhukovsky is Moscow’s fourth airport. Having opened for passenger service in 2016, it had almost 1.8 million seats in 2019.  Ural Airlines was by far the top carrier with a three-quarter share.

Despite being just 22 miles from central Moscow, Zhukovsky is not technically a Moscow airport.  It falls outside of the capital for bilaterals, meaning it’s typically easier to launch new international services. This will form an important part of the airport’s future, as we see below.

We chatted with Pavel Mandazhi, Zhukovsky’s Regional Head of Sales, about the airport’s development.

“Before the pandemic, we had the following points in Europe: Rome, Amsterdam, Prague, Budapest, and Minsk.

“On the other side, served Tel Aviv, Almaty, Nur Sultan, Tashkent, Dushanbe, Bishkek, and more.

“What we saw was transfer traffic being generated between our points in the Middle East/Central Asia and Europe.

“These are very popular tourist destinations among Russian citizens and the capacity from Moscow is limited due to current bilateral agreements. 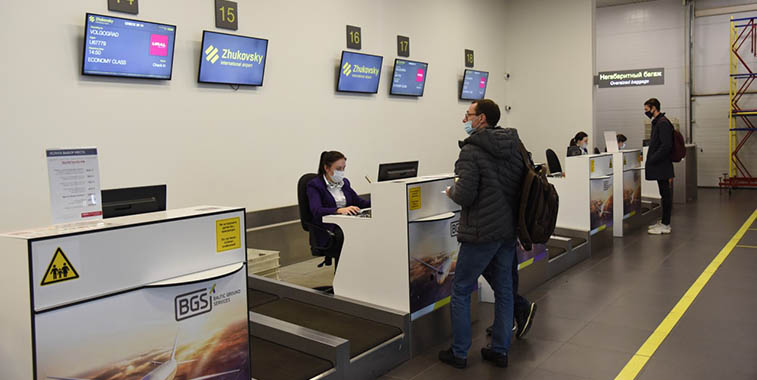 FlyArystan’s CEO described Zhukovsky to us as: “a simple, inexpensive, low-cost airport”. Combined with being outside of Moscow’s bilateral system yet located for the capital, especially with coming road infrastructure development, the airport should have a bright future. Perhaps especially if it can attract an aggressive, highly competitive LCC.

Mandazhi continued: “Another goal is to get routes to various secondary points in China, such as Nanjing, Jinan, Fuzhou, Hefei, Zhengzhou, Hangzhou, Fuzhou, and others.

“These points generate considerable Chinese tourist flows to Moscow and Europe (including points we already have and seek to get).

“Finally, we work on developing our domestic network seeking to get flights to major Russian cities, like Yekaterinburg, Samara, Novosibirsk, Ufa, Omsk, and others.” 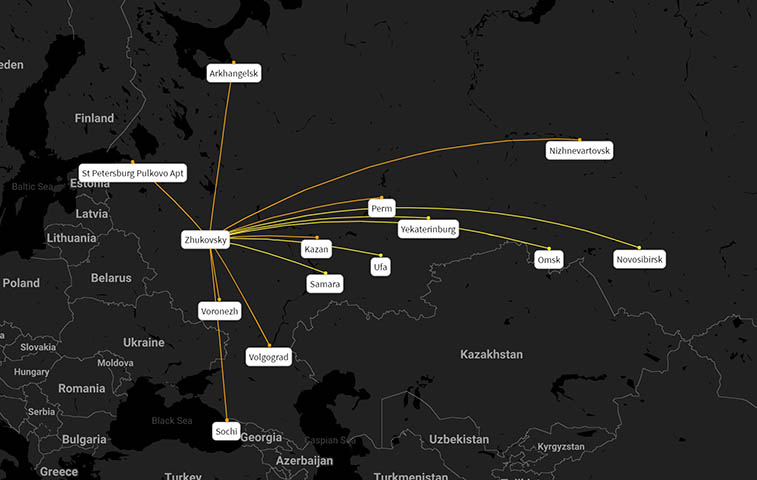 Zhukovsky’s eight domestic routes in orange, with Mandazhi’s sought-after others in yellow.