Aer Lingus to possibly operate Manchester – US; what routes most likely? 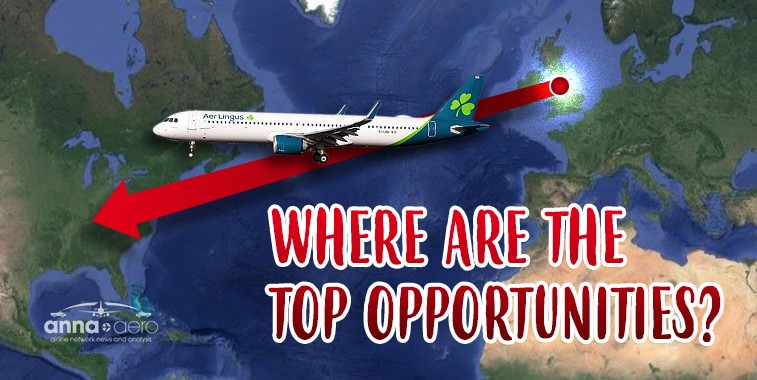 Aer Lingus has seemingly applied for slots at Manchester to serve the US, so we explore where it may operate and why.

Aer Lingus has reputedly applied for slots at Manchester Airport to operate to the USA from S21 with up to four based aircraft.

Of course, applying for slots doesn’t mean anything will happen, and Aer Lingus may simply be using this as part of a negotiation ploy to try to get more support from the Irish Government for its transatlantic operations from Shannon.  However, it’s a timely opportunity to look at the development of the Manchester – US market and what prospects exist.

The fast growth of Thomas Cook and Virgin Atlantic explains the big rise in 2016, the first year that US seats exceeded two million, along with the launch of Singapore Airlines to Houston via Manchester.

Virgin Atlantic had over one million US seats in 2019, or 53% of the total market, its highest volume to date.  Its strong development was aided by the end of partner Delta.

Between 2010 and 2020 and across carriers, nine US destinations have come and gone: Boston; Charlotte; Chicago; Las Vegas; Miami; Newark; San Francisco; Seattle; and Washington Dulles.  And a further two – JFK and Orlando – have seen big capacity cuts.

So the opportunity that Aer Lingus sees.  But where makes most sense? 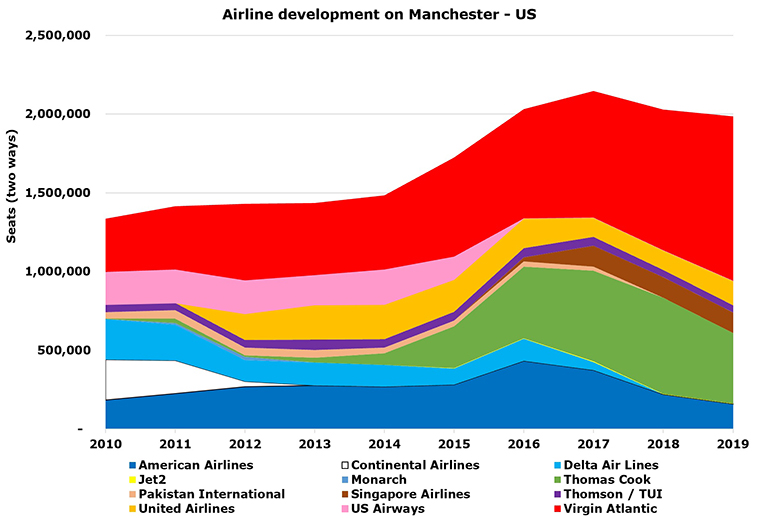 Virgin Atlantic had 53% of the Manchester – US market in 2019, with its development aided by the end of Delta, followed by Thomas Cook with 22%. The latter’s exit has helped to open the door for Aer Lingus to possibly begin service.

Likely and unlikely opportunities for Aer Lingus to the US

The following assumes a mixture of both based A321LRs and A330s. 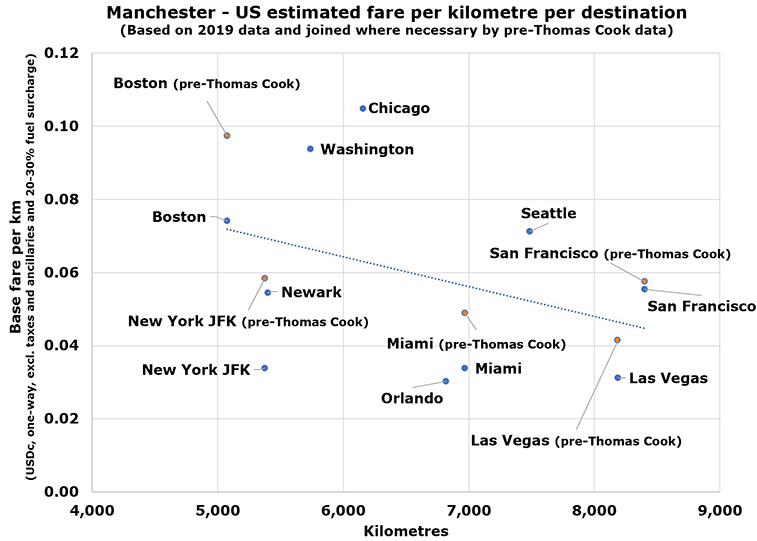 Fares are estimated using booking data obtained via OAG Traffic Analyser and are based on 2019, the year Thomas Cook ended, except for ‘pre-Thomas Cook’. Fares are one-way and they exclude taxes, exclude ancillaries, and exclude a 20-30% fuel surcharge each way. Data has been included for pre-Thomas Cook (which had various ancillary products) to show what ‘was’. Significant capacity has been removed, which would of course normally improve fares, but then coronavirus happened.