Canberra will launch three routes this week (week starting 16 November) and each will then have two operators. And this summer, in the southern hemisphere, the Australian capital territory airport will have eight new routes.

Canberra is on a roll, with the Australian capital airport having eight new routes – most very leisure-orientated – this summer (in the southern hemisphere).  These are across four carriers: Alliance, FlyPelican, LINKairways, and QantasLink.

QantasLink will have four new routes, all by Boeing 717s.  This may well send a message to Virgin Australia that if it uses Alliance’s Fokkers for new routes, as it had done previously, it can expect vigorous competition.

Three routes will begin this week from Canberra to Cairns, Newcastle, and Sunshine Coast.

When these three begin, each will have two operators, although this will be Cairns’ only non-stop service.  It’ll supplement the recently started Canberra – Sunshine Coast – Cairns one-stop operation.

Meanwhile, Ballina, Gold Coast, Hobart, and Sunshine Coast all started between July and early November 2020 in time for Australia’s summer.

Significantly, Canberra – Hobart was Australia’s third-largest unserved domestic market with ~59,000 passengers in the year to August 2019.  Previously served by Virgin Australia until 2013, it too will now have two operators. 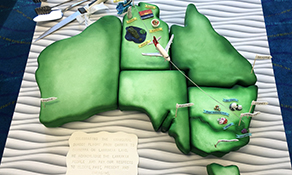