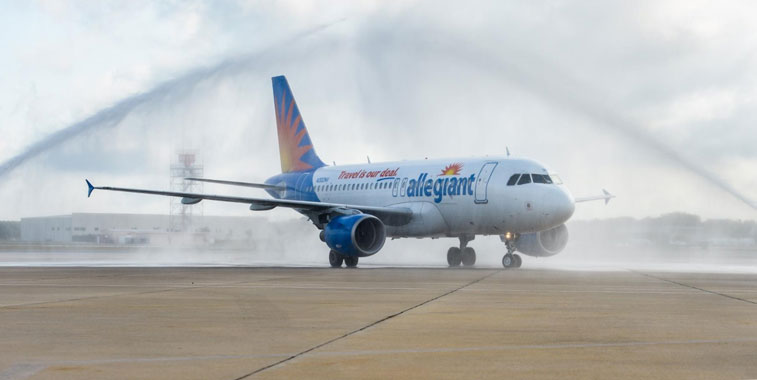 Allegiant will begin 15 new routes from February, with 12 of these without direct competition. In all, they’ll have 32 weekly flights.

It’ll have eight new routes from Orange County, four from Las Vegas, two from both Grand Rapids and Spokane, and one each from Phoenix Mesa and Tampa St Pete-Clearwater.

Orange County is Allegiant’s second destination in the LA Basin after Los Angeles.  It follows Spirit, which began at the airport in September.

All but one of Allegiant’s routes be twice-weekly.  The exception is Tampa St Pete – Fargo, at four-weekly,  although Orange County – Medford rises to three-weekly from April onwards. In all, they’ll have 32 weekly services.

At 364 kilometres, Orange County – Las Vegas will be Allegiant’s shortest route, just ahead of Las Vegas to both San Diego (416 kilometres) and Fresno (417).

Of Allegiant’s 12 routes with no direct competition, passenger traffic – before stimulation from non-stop service and lower fares – amounted to over 191,000 in 2019. This is based on booking data obtained from OAG Traffic Analyser.

The top unserved, pre-stimulated markets were Orange Country to Spokane (56,279), Boise (43,295), and Reno (28,852).  This excludes any leaked passengers to other LA-area airports. At the other extreme, Grand Rapids – Destin/Fort Walton Beach had demand of 4,700 before stimulation.

Only three of Allegiant’s 15 new routes will have direct competition, with Las Vegas – Orange County standing out.  Allegiant will be the fifth carrier in this market after Delta ended the route in April 2020.  It’ll join Southwest, JetSuiteX (started in 2018), Frontier (2019), and Spirit (2020).

In the week that Allegiant begins, there will be 77 weekly flights, down from 88 YOY. This is mainly from JetSuiteX’s flights reducing by 10 to 18 and Southwest falling from 40 to 33.

Of Allegiant’s indirect competition, it’s notable that three of its Orange County routes – Boise, Medford, and Provo – are also served by the carrier from Los Angeles. 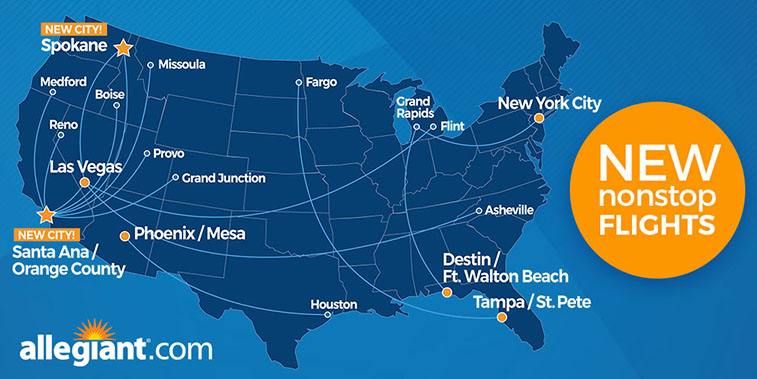 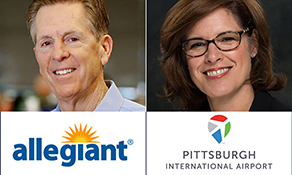