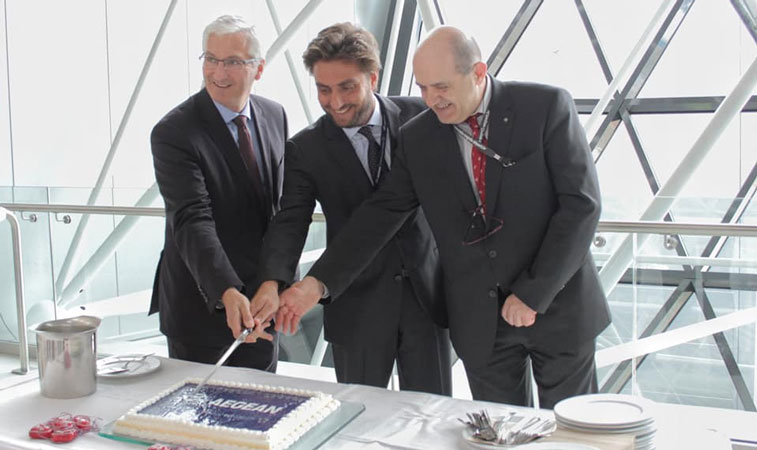 Aegean Airlines will launch 33 routes in summer 2021, with 11 having no direct competition when they begin. These additional routes will further boost the carrier’s non-stop capacity from Greece, excluding Athens, across Europe, with 2021 to be one of its best-ever years for such service.

Aegean Airlines is to begin 33 routes for summer 2021 for a total of 63 weekly flights each way when they begin.

Mykonos and Santorini get eight routes each, Corfu and Heraklion seven apiece, and three for Thessaloniki.

11 of these 33 will have no direct competition, which will change for some routes as summer progresses. For example, both easyJet and Volotea will later join Aegean on Mykonos – Venice.

Multiple markets have been served by Aegean before:

Madrid stands out for Aegean Airlines

In 2019, Madrid – Santorini had over 14,000 passengers while Mykonos had 9,000, booking data obtained from OAG Traffic Analyser shows.

Aegean Airlines is Greece’s top airline by seats across Europe because of its Athens hub.

However, it falls to sixth when only non-stop capacity from Greece’s airports other than Athens is considered.  It is behind Ryanair, easyJet, TUI UK, Condor, and TUI Deutschland.

2021 is currently estimated to be Aegean’s fourth-best year in terms of non-stop seats from Greece excluding Athens, and the highest in the past four years.

Aegean Airlines’ strong increase in capacity mid-decade was the result of acquiring Olympic Air.  It was followed by much consolidation, including the elimination of multiple non-Athens, and therefore non-core, routes.  Some of these are returning next summer. 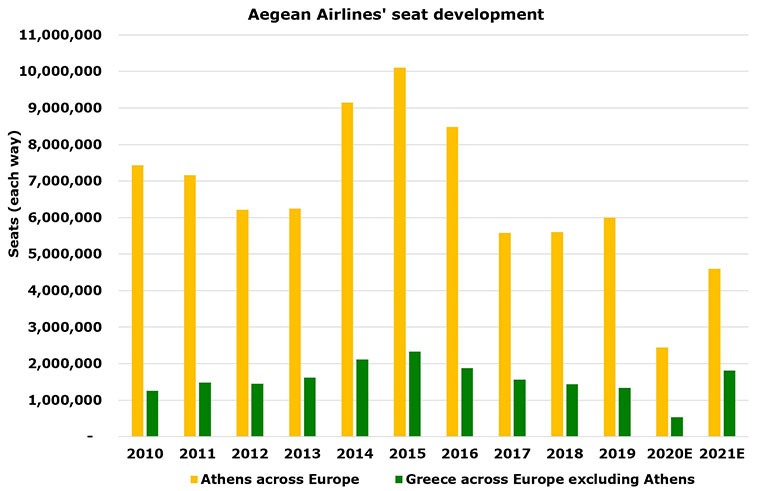 Aegean Airlines’ big spike in capacity mid-decade was the result of it acquiring Olympic Air. It has consolidated significantly since then. Source: OAG Schedules Analyser.