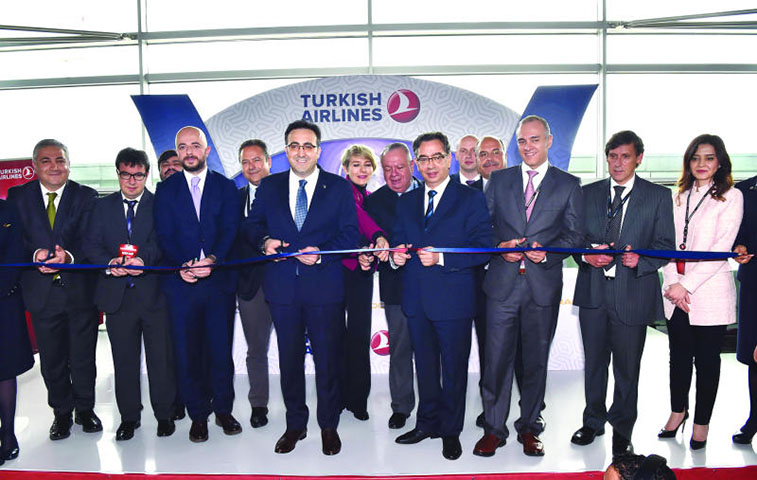 Turkish Airlines began Bogota and Panama City in 2016. It serves eight destinations across Latin America and the Caribbean.

Many of the operator’s thinner long-haul markets operate on a one-stop triangular basis.   Bogota and Panama is no exception, routing Istanbul – Bogota – Panama City – Istanbul.

Having started in May 2016 on a three-weekly basis using A330-200s, the route rose to four-weekly and switched to B787-9s in mid-September 2019.  Given coronavirus, it’s temporarily twice-weekly, rising to three-weekly from December and four-weekly from January – still using 789s.

Bogota and Panama City are among Turkish Airlines’ eight destinations in Latin America, the others being Buenos Aires, Cancun, Caracas, Havana, Mexico City, and Sao Paulo. 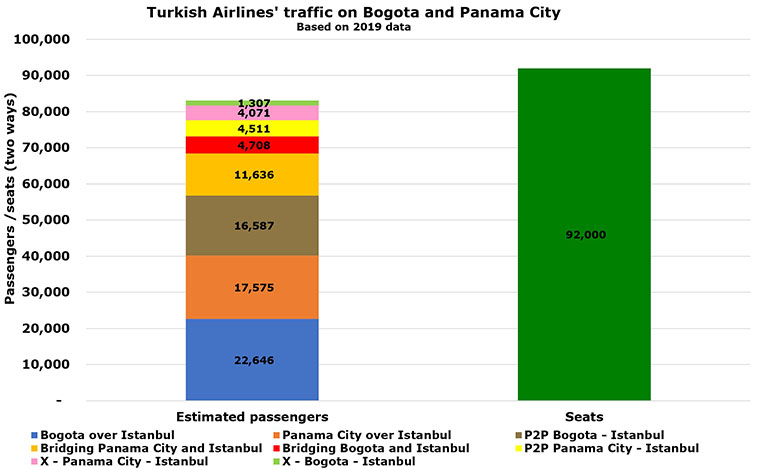 68% of Turkish Airlines’ Bogota and Panama City passengers connected over Istanbul, booking data from OAG Traffic Analyser reveals. This is based on both Latin American airports as O&Ds and also bridging them and Istanbul.

The greatest demand was Bogota over Istanbul, with almost 23,000 passengers, or roughly 28% of the estimated total traffic.

The Colombian capital’s top-10 O&Ds, shown below, had just over half of Turkish Airlines’ Bogota traffic. Each market was small or very small, so the purpose of hubs to amalgamate passengers, with Tel Aviv top.

At over 16,000, bridging passengers amounted to one-fifth of the airline’s traffic.  It plays an important role in the carrier’s demand – similar to P2P numbers –  and it’s mainly the result of its partnership with Copa.

Indeed, nearly 12,000 bridged Panama City and Istanbul, with the Central American airport an important hub for Turkish Airlines’ Latin American passengers.  However, the FSC’s traffic bridging Sao Paulo and Istanbul had nearly twice as many passengers.

Although obviously tiny in number, its top bridging O&D was Quito – Douala, Cameroon, with 700 passengers.  However, Ecuador – Nigeria was its top country-pair.