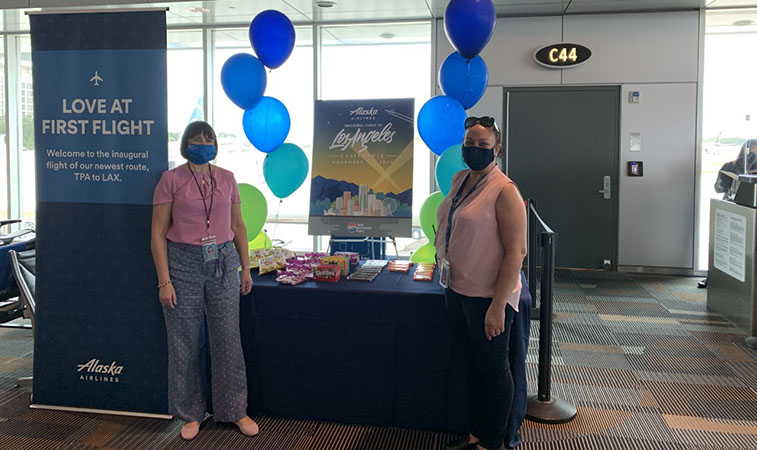 Alaska Airlines took off from Tampa to Los Angeles on 21 November, becoming its third West Coast route from the airport alongside Seattle and San Francisco.

Alaska Airlines competes directly with Delta on the airport-pair, with this carrier offering 12 weekly flights.

Booking data shows that almost 280,000 flew between Tampa and LAX last year, with around 43% flying indirectly.  Both Atlanta and Houston Intercontinental were the top connecting airports, with a 15% share each.