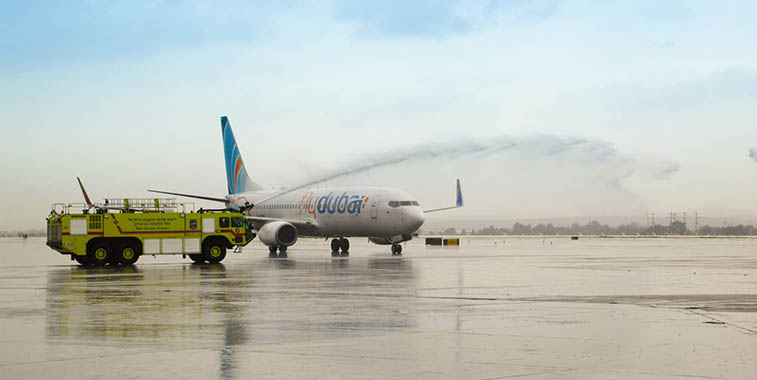 flydubai began Dubai – Tel Aviv today, 26 November, with three other carriers to confirmed to begin the route in December.

flydubai began Dubai – Tel Aviv today, 26 November, on a twice-daily basis.  It is the first of multiple carriers to have announced this historic new route.

The carrier will be joined on this airport-pair by Arkia, Israir, and El Al.  The latter announced a twice-daily service on 23 November.  And although it isn’t available for booking, Emirates has also expressed interest in serving this market in its own right.

Speaking at the launch, Benjamin Netanyahu, Israel’s PM, said: “This is the first commercial flight from Dubai to Israel. It is a historic flight.

“We are crumbling the Israeli-Arab conflict and turning it into Israeli-Arab cooperation in order to produce not only a new future but also a new present, and we are doing so with dizzying speed.” 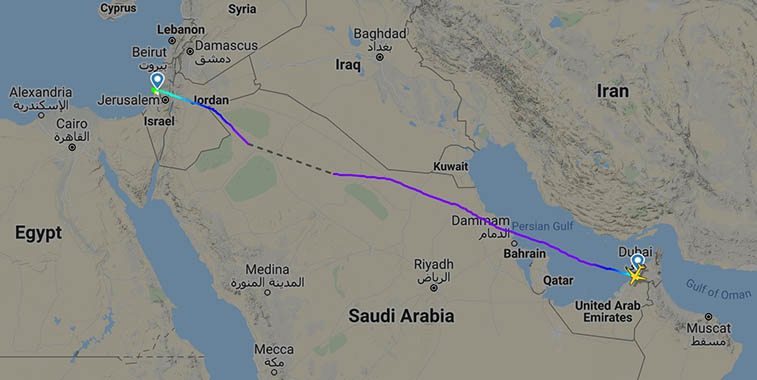 Overflying Saudi Arabia is in itself historic. And clearly economic.