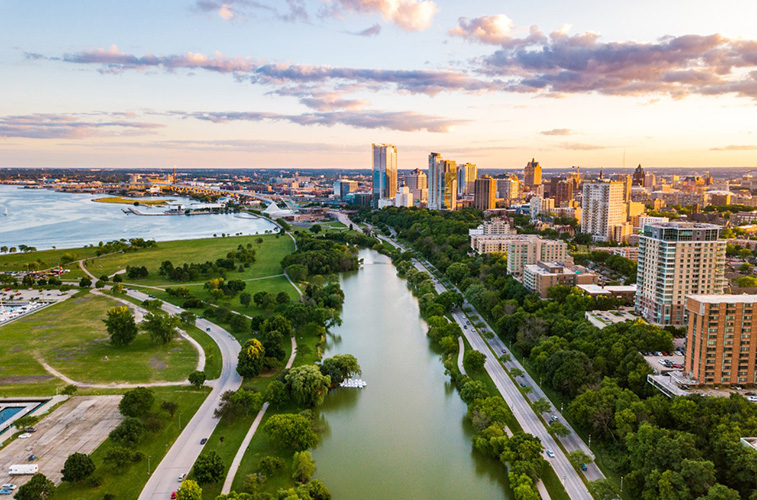 Milwaukee Airport’s catchment is highly attractive, being both large and well-off.

With 5.4 million people located in Southeast Wisconsin and Northern Illinois, Milwaukee’s service area has income exceeding $172 billion.  Helping to drive this is nine Fortune 500 companies, along with multiple Fortune 1000 and other large companies.

This has resulted in 7.1 million passengers and a strong propensity to fly.

Milwaukee is well placed to grow out of the pandemic, with Bloomberg showing that its area wage grew by more than 25% in July 2020, partly from multiple companies investing significantly.

Yet, Milwaukee’s location – some 73 miles from Chicago O’Hare and 96 miles from Midway – means that many underestimate its true demand.

“In 2019, the total lost traffic, or leakage, for domestic markets was just under 30%. International leakage for the year was nearly 80%,” Pat Rowe, Milwaukee’s Director of Air Service Development, told us.

Looking at Milwaukee’s top-20 unserved domestic markets, leakage ranges from 16% to 52% of the total market size. But it’s typically almost half. 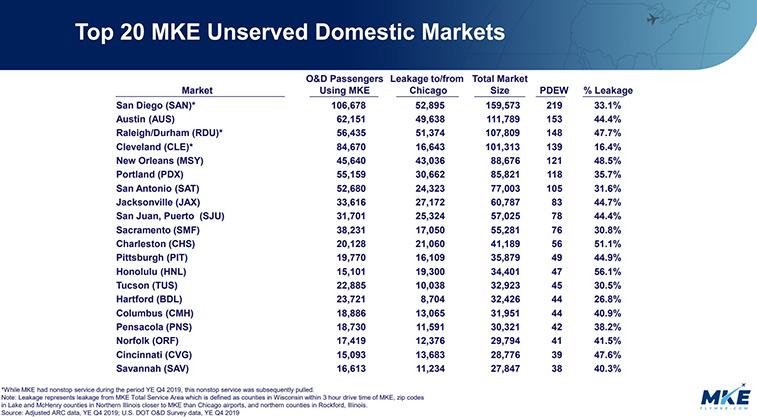 “Traffic leakage is impacted by the service level and pricing differentials between Milwaukee and the Chicago airports,” Rowe said.  “When Milwaukee has nonstop service, it reduces leakage to Chicago by more than 20%.”

“With no leakage to Chicago, Milwaukee’s top-20 domestic markets O&D demand would grow by 40.5% on average.” 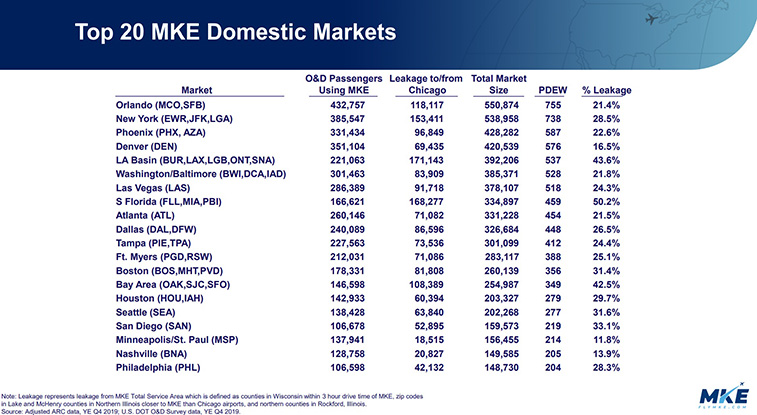