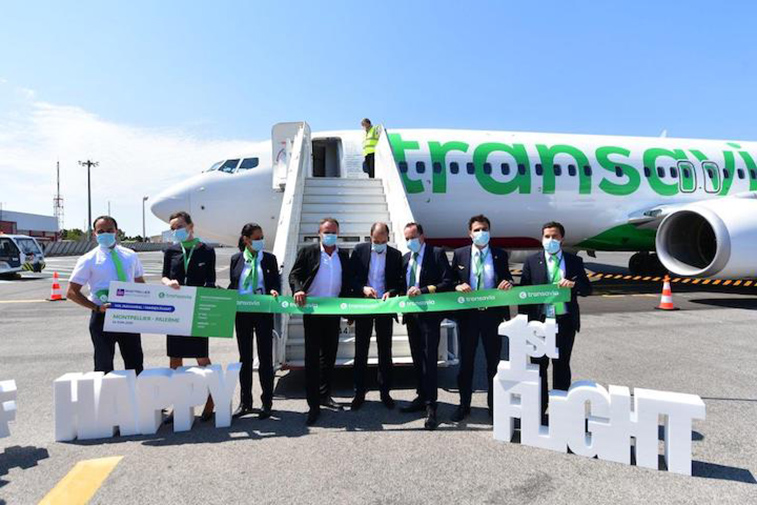 Transavia France opened its Montpellier base on 26 June, its fourth in the country.

Despite another lockdown in France, Montpellier Mediterranee’s Pascal Bigot is upbeat. “We have had strong performance this summer versus our main regional competitors.”

This is the result of many things, including a new base by Transavia France.  “Transavia chose Montpellier as its fourth base in France.  They launched flights at the end of June with Portugal, Greece, Italy, and Tunisia all served.”

Montpellier has also benefited from Volotea strengthening its position at the airport, with Bigot describing this carrier as “agile and opportunistic” – exactly what is needed during a pandemic.

Since 15 July, Montpellier has had the largest volume of seats on offer to Morocco from the whole of southern France, thanks to Air Arabia Maroc.  The LCC operated up to 12 weekly services during the peak summer.  They now have 10-weekly across Casablanca, Fez, and Nador.

Although coronavirus may further subdue Montpellier’s winter performance, Bigot is confident.  “We expect nine airlines to serve 24 destinations in W20, with 33% more destinations than in W19.”

Montpellier expects eight new routes versus W19, with Athens, Djerba, Lisbon, Madrid, Rome Fiumicino, and Tunis with Transavia France.  In addition, there will be six Christmastime flights to Rennes as a test, and Luxembourg with Luxair.

“Luxair were happy with their S20 performance, so have extended operations for Christmas.”  That’s something you might not expect to hear during this pandemic.

Montpellier will also have multiple new entrants on existing routes this winter: Paris Orly with Vueling, Marrakesh, and Nantes with Transavia France, and Christmas flights with the same LCC to Brest, Lille, and Strasbourg. 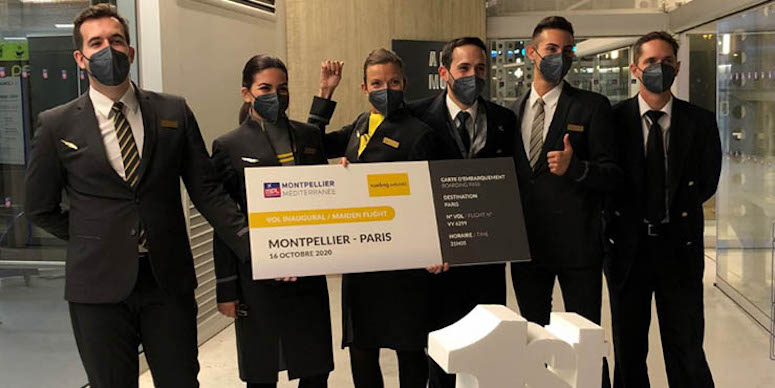 Vueling began Montpellier – Paris Orly in October 2020, one of many new services that’ll operate in W20.

Montpellier looks to the future

Looking to the future, Bigot is especially keen to attract year-round service to Bordeaux and Rennes, and internationally to Oslo, Berlin, Copenhagen, Munich, Frankfurt, and Düsseldorf.

“Düsseldorf has been served by Eurowings since 2014,” Bigot tells us, “but it stopped because of coronavirus.  Operating once-weekly, it had up to 5,000 passengers.  But this market could do much more, with strong existing indirect point-to-point flows driven by a large community living in Montpellier and around, and good second home ownership by Germans.  Düsseldorf is our second-largest German O&D.”