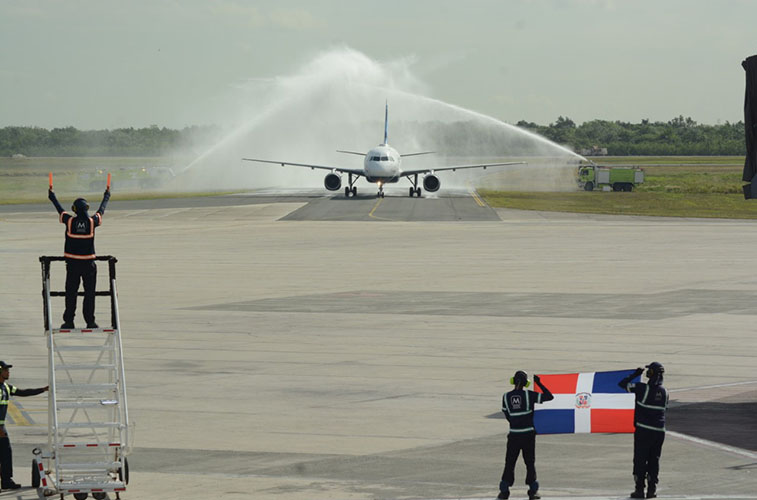 This winter, JetBlue has eight routes from AERODOM’s airports, with Santo Domingto to New York JFK is top route by seats.

The Dominican Republic is a safe travel destination for those who visit either for vacation, business, investment opportunities, or returning to their preferred second home.

Located just two hours south of Miami, less than four hours from New York and eight hours from most European cities, the Dominican Republic is the second-largest and most diverse Caribbean country. It’s known for its warm and hospitable people, astounding nature, intriguing history, and rich culture.

As a response to the COVID19 pandemic, the country´s border was closed for three months (from April until June 2020). Since reopening on July 1st, Dominican airports have been working together with authorities applying robust protocols that help to guarantee safe travel.

Aeropuertos Dominicanos Siglo XXI (AERODOM), a subsidiary of VINCI Airports since 2016, manages and operates six airports in the Dominican Republic, under a concession contract granted by the State, which extends until 2030.

In this current quarter, the aviation industry has been recovering at a strong pace thanks to the large Dominican diaspora in the United States.  This has allowed US carriers to return to normal load factors (considering the maximum capacity for those capping load factor to allow social distancing).

Given this strong recovery, US carriers are expanding their network to the country. In December, United Airlines is beginning service from Washington Dulles to Santo Domingo. In the same month, Eastern Airlines will launch operations to Santo Domingo from Miami, Boston, and Philadelphia.

EU citizens of all types (business, VFR, and tourism) have been travelling actively, allowing the main carriers (Iberia, Air Europa, and Air France) to ramp-up capacity this summer.

With the reopening of Caribbean and Latin American borders, traffic is also picking up on point-to-point (regional carriers + LCCs) and connecting routes (Avianca/Copa/Aeromexico). 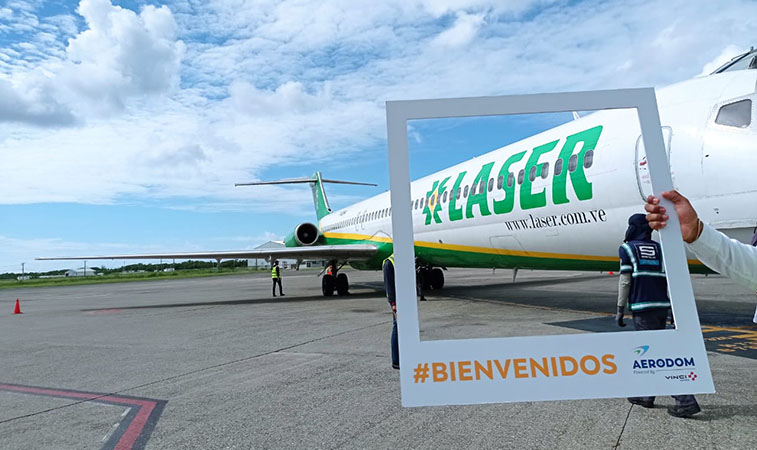 Venezuela’s LASER has served the Dominican Republic since 2014. It operates between Santo Domingo and Caracas, with this welcome commemorating its first flight after suspending because of coronavirus.

This strong recovery has been backed by a Tourism Recovery Plan implemented by the Dominican government, which provides a set of measures to ensure the health and safety of locals and visitors. These measures include internationally certified health protocols and apply to the entire industry, including restaurants and bars.

Since September 2020, all tourists visiting a hotel are being granted, on a temporary basis, a travel assistance plan that includes coverage for emergencies, telemedicine, lodging for prolonged stays, and costs for changing flights in the event of infection.

This insurance is being provided at no cost to the visitor until December 2020 and is being 100% paid for by the Dominican State.

Rapid tests are being performed on randomly selected travellers upon arrival. Social distancing and the use of masks are mandatory for the duration of a visitor’s stay. A sanitary bubble has also been implemented to ensure that hotel employees stay as long as possible within the facilities.

As flights operated by major carriers return to the Caribbean hotspot, the new sanitary measures have been widely observed by passengers, who have been happy to be back at Dominican airports and have expressed their reassurance by the new passenger journey. 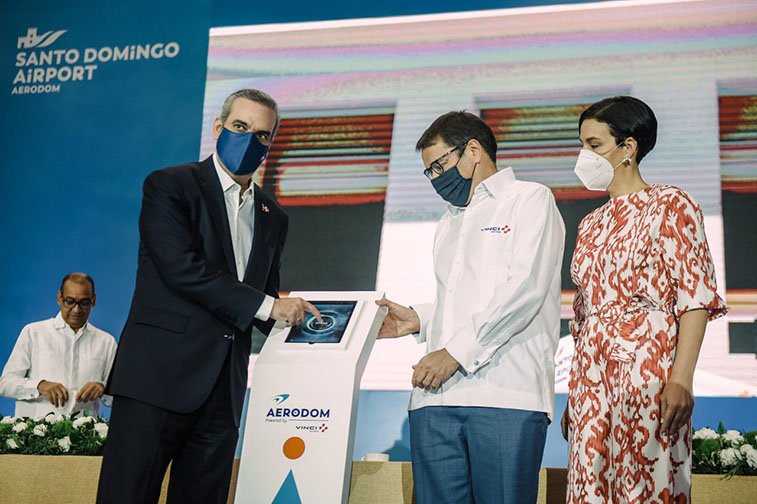 To prepare itself for the future, Santo Domingo has launched its new central atrium, comprising 10,000 square metres.

Cargo activities have also had outstanding performance. SDQ, as the main air cargo airport of the country, has seen a lot of special activity from around the globe. In addition, regular all-freight operators, UPS, Avianca Cargo, Amerijet, and Northern, have grown strongly.

Supporting this cargo growth, AERODOM recently inaugurated the SDQ Cargo City together with the president of the Dominican Republic, Luis Abinader, and the CEO of VINCI Concessions and Chairman of VINCI Airports, Nicolas Notebaert.

The new warehouse spanning 6,800 square metres and centralising operations brings together all the organizations involved in the freight transport chain in the same building. It also includes a commercial building housing restaurants, banking services, offices, counters for customs officers, and administrative facilities.

This was also the occasion to launch a new refurbishment phase in SDQ: a central atrium. New works will provide the departing zone with a new area of 10,000 square meters with recreational space, duty-free shops, restaurants, bars, and a wide view of the airport runway, in which the security and migration services will be relocated and modernised.

“We remain committed to the excellence, seeking to offer airport terminals with world-class infrastructure and services that meet the needs of our users and encourage the development of the airline industry, offering the best entry doors to the Dominican Republic”, said Alvaro Leite, CCO of AERODOM. 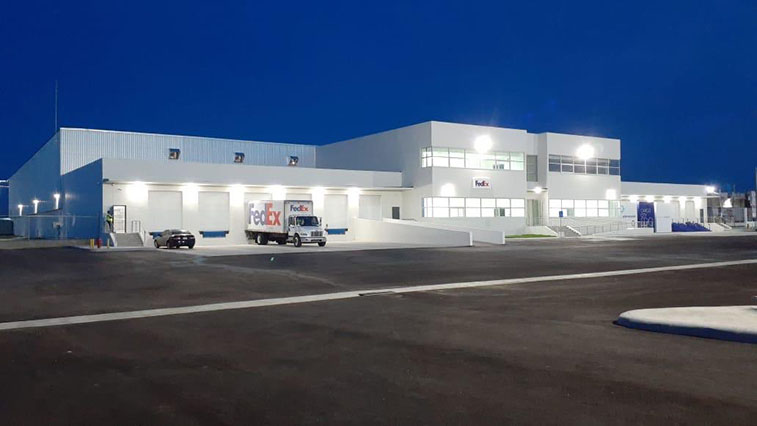 The recently launched SDQ Cargo City is 6,800 square metres and brings together all parts of the freight chain under one roof.

Routes Reconnected: JetBlue has announced more routes this year than in the last five 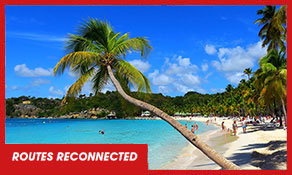 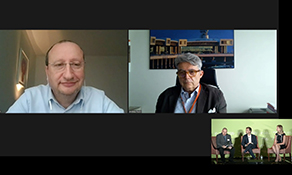 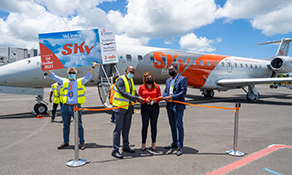